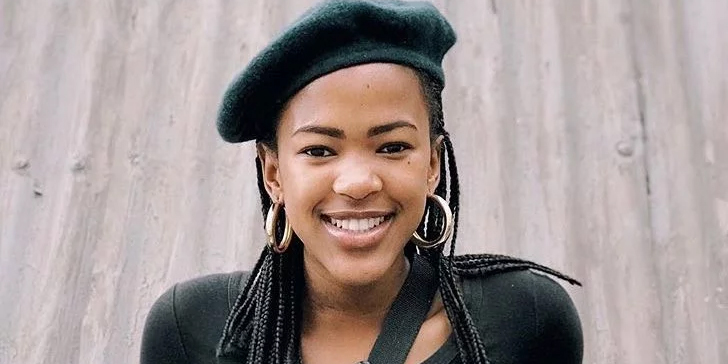 Uyinene Mrwetyana, a UCT student, went missing on 24 August 2019 and a suspect was arrested for her murder and rape on 2 September 2019. Photo: Facebook/Zuki Lamani

Lawmakers failed to speak up and out beyond the hackneyed and pedestrian against the murder, rape and abuse of young women. Tuesday’s parliamentary debate came as two statutory reports show the depth of violence against women, including police officers investigated for rape.

Parliament’s debate in honour of Women’s Day came three weeks late – 9 August marks this day – and missed the point with its “heavy hearts” and “heavy shoulders” over some 90 minutes that unfolded in the wake of a series of killings of young women.

Uyinene Mrwetyana, a 19-year-old University of Cape Town student, was raped and killed by a 42-year-old employee at the Clareinch post office where she went to collect a parcel. Details of his confession were heard in court on Monday.

Boxing champ Leighandre “Baby Lee” Jegels was killed by her policeman ex-boyfriend against whom she had got a protection order. The SAPS sergeant died in hospital on Monday from injuries sustained when he crashed his car, killing two other people.

Also on Monday, the body of 14-year-old Janika Mallo, who had gone missing in Heinz Park on Saturday, was found buried in a backyard. And further details emerged of the killing of 19-year-old Jesse Hess, a University of the Western Cape student and church youth leader, found dead with her grandfather in their Parow flat.

What is now being called a national emergency, violence against women, also involved those who are meant to protect women.

At least 55 rape complaints against police officers were investigated in the six months between April to September 2018, according to the 2018/19 annual report of the police watchdog, the Independent Police Investigative Directorate (IPID). This is six more than over the same period in 2017.

Of the 55 rapes by police officers, 32 were by off-duty policemen and 23 happened when the policemen were on duty, up by 5%, according to the IPID report.

The Eastern Cape recorded the most rapes by police officers: six on duty, doubling from the same period in 2017, and eight rapes by off-duty policemen, up from two. Only the Northern Cape did not record a rape by a police officer.

And rapes in police custody are up by one, to six. Yet they should not happen at all as women and men must by SAPS standing orders be in separate holding cells.

It’s a dry report produced in line with the statutory requirement that IPID reports to Parliament. MPs must interrogate these statistics as part of their oversight responsibilities.

But it sketches a picture of an increasingly brutal SAPS, complaints of torture increasing by 66% to 144 between April and September 2018 compared to 87 the same period the previous year. Assault complaints are also up: 1,919 were recorded this six-month period in 2018, up from 1,754 a year earlier.

In the IPID report foreword, Police Minister Bheki Cele wrote that he did “not expect police officers to be accused of criminality as they are at the forefront of the fight against crime” and needed the support of communities.

“The fight against domestic violence, particularly violence against women and children, is paramount for our communities to feel safe and secure in their homes.”

But that’s a minister’s aspirational writings in a report. The statistics are somewhat different.

Police recorded 177,620 reported crimes against women in the 2017/18 financial year that ended 31 March 2019, according to the latest available SAPS annual report.

The increase in the number of women murdered bucked the national priority of reducing crime. And whether the murder rate of women has changed more recently remains to be seen when the SAPS publish their 2018/19 annual report, including crime statistics. The statutory deadline is the end of September.

The prosecuting services’ 2018/2019 annual report tabled in Parliament reflects the disjunct between violence and crime against women, and these cases’ journey through the criminal justice system.

While there is no direct connection because cases may carry on in court beyond a financial year, which is the official time frame for measurement, there are strong correlations. Official statistics show what advocacy groups have argued for aeons – only a tiny number make it to court.

Once in court, however, the National Prosecuting Authority (NPA) seems to be getting the convictions. Of the 66 cases of what the NPA annual report describes as “murder: intimate-partner femicide”, 64 convictions were obtained. There were only two acquittals.

Not all of the over 2,639 murders of women in 2017/18 would have been by their partner, but no further details on convictions for murdered women are in the report.

Of the 6,341 sexual offences cases, including rape, that were brought to court, 4,716 convictions were obtained, according to the NPA 2017/18 annual report.

“This represents a conviction rate of 74.4%, the highest in the past five years – a clear indication of the commitment of the prosecutors to act decisively against perpetrators of sexual violence,” says the annual report.

But it does mean the Hawks on Tuesday could issue a statement to welcome two life sentences imposed on 43-year Phillips Malope for the trafficking and rape of a 14-year-old girl whom he had lured from her parents’ home in Mozambique.

It did emerge that Social Development was training 8,750 traditional leaders to, among other things, “see the world through the eyes of a girl child”, as Deputy Social Development Minister Hendrietta Bogopane-Zulu put it, and work toward establishing a gender-based violence and femicide council is continuing.

“I do not know how many times we as a nation should have debated and keep debating gender-based violence and femicide,” said Minister for Women, Youth and People with Disabilities Maite Nkoane-Mashabane in opening the debate, seemingly forgetting that her party, the ANC, was in government.

“I am still reeling in shock at the brutal murder of Uyinene. A person, who is employed and paid by the state and instead of providing a service with a smile, murders a young and beautiful woman…” said the minister, who after speaking about Jegels’ killing returned to that murder. “Uyinene went to get a service at the post office, but she came out killed… ”

Nkoane-Mashabane’s debate contribution had few answers, but many rhetorical questions: Where are the safe spaces? How are we making it her century? What institutions should be put in place to eliminate GBV and femicide?

The irony is that her political party, the ANC, is in charge of the government – and in charge of doing something about violence against women.

The ANC speakers throughout the debate insisted that government had the answers – from economic empowerment of women and that “women must own the land and must continue to work the land… and also become property developers”, according to the ANC chairperson of the multiparty women’s caucus Nkhensani Bilankulu, dressed in the green, black and gold ANC colours.

IFP MP Liezl van der Merwe said every year it was the same debate, with action missing in action.

“Each year we rise to this podium to say the very same things… and we speak about this lawless country of ours as if there’s a sense of normality to it,” she said. “We know NGOs and shelters go unfunded… “We know police do not have rape kits… Will you finally have the courage to govern, the courage to care?”

And EFF MP Mmabatho Mokause agreed. “It cannot be business as usual. Here sit men and women who claim to be in government, yet our daughters, our sisters are dying in your hand. What type of government are you leading?”

She was heckled, loudly, from the ANC benches. As had other opposition speakers until Speaker Thandi Modise took up African Christian Democratic Party (ACDP) MP Marie Sukers complaining this debate was not the time for heckles: “It is not good enough… Our people deserve better than this. When our people are waiting for us to respond, we can heckle.”

This debate, Modise said, was not the time for party-politicking, but to unite against gender-based violence and femicide.

But shortly after the gender debate, the ANC objected to a motion expressing condolences over the death of Mallo, brought by EFF MP Hlengiwe Mkhalipi. “We have not done enough… The SAPS is wholly incapacitated to deal with violent crime.”

The ANC cited a couple of points in the motion in its objection. But in parliamentary practice, an objection is an objection and it cannot be qualified. “The motion is not carried,” was the presiding officer’s verdict.

When asked about this at the media briefing where Nkoana-Mashabane was flanked by Justice Minister Ronald Lamola, Justice spokesperson Crispin Phiri ran quick interference, saying the ministers could not answer for decisions of the ANC parliamentary whippery.

And neither minister answered. Nkoana-Mashabane maintained she saw “no finger-pointing… This matter of women dying in our houses is apolitical.”

But Hansard, or the transcript of the sitting, will now reflect the governing ANC objection to a motion about a victim of gender-based violence by the EFF, a couple of hours after a parliamentary debate in which ANC speakers expressed their anger and sadness about violence against women.

No one from the opposition benches objected to the ANC motion on the killing of Mrwetyana. DM