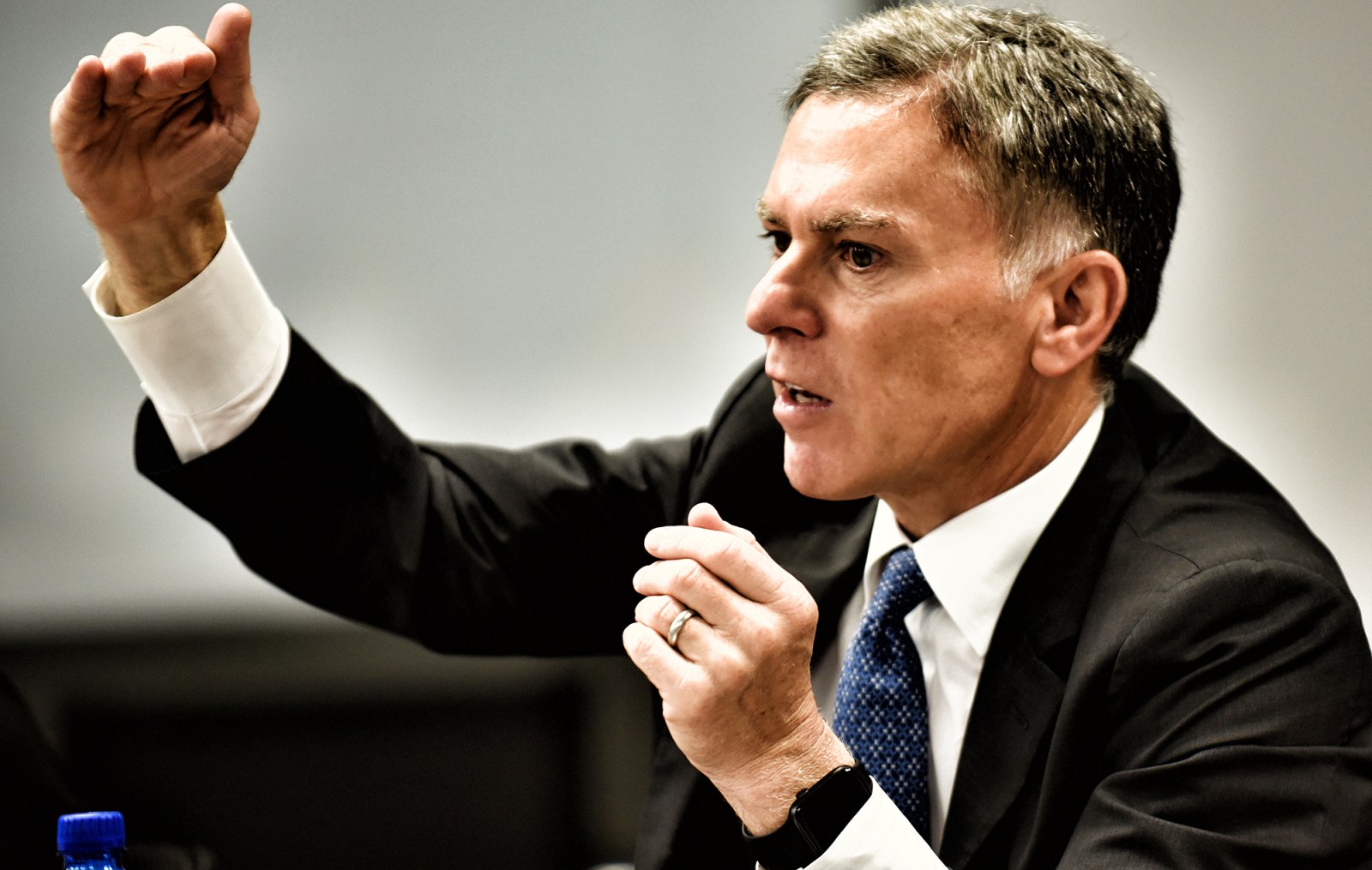 Discovery CEO Adrian Gore during the announcement of Discovery Bank at the groupís headquarters on November 14, 2018 in Sandton, South Africa.. (Photo by Gallo Images / Freddy Mavunda)

Discovery has spent R3.2bn (cash from existing resources) in building its new branchless and app-only bank called Discovery Bank. A positive return on capital invested in Discovery Bank is expected between four and eight years after the bank has been in operation. More money will also be invested by Discovery in the bank to grow it.

Discovery’s plan to build a branchless and app-only bank in South Africa continues apace, but the actual rollout to the market is slower than expected.

Discovery’s significant investments in new businesses such as the much-anticipated bank – Discovery Bank – along with Discovery Insure and Vitality Group is starting to bite profits of the financial services group.

At the results presentation on Wednesday 4 September, Discovery CEO Adrian Gore revealed that the company spent R1.3-billion on new businesses (including Discovery Bank) in the year to June 2019, which is one of the reasons headline earnings per share – a key profit measure that excludes certain one-off items – fell by 12% to R7.89.

Discovery is increasingly taking flak from investors for the significant money spent on new innovations at the expense of higher profits and dividend payments (final dividend for the reporting period remained unchanged at R1.14).

All eyes are on Discovery Bank and how much money Gore is throwing into the banking empire. Thankfully, Discovery Bank is on budget, with R3.17-billion already spent (cash from existing resources) on bank-only related costs (building bank infrastructure, onboarding of new customers into systems, testing systems and others). The budget is R3.21-billion.

One fund manager said it would take too long before the bank generates sufficient cash earnings and returns to recoup the R3.17-billion investment because Discovery will still pump more money into the bank to grow it, “possibly destroying shareholder value”. So far in 2019, Discovery’s share price is down nearly 30%.

After Discovery Bank received its banking licence at the end of 2017, it planned to launch the bank publicly in March or April 2019. But the long beta-testing phase (which is the concluding stage of testing before a commercial launch) and delays in “onboarding” customers meant that Discovery Bank could only go public in July. Discovery Bank’s launch is expected to be ramped up from September.

Since the launch in July, Discovery bank has clocked up 22,000 clients. The bank also manages retail deposits worth R193-million and R900-million in available credit card facilities.

Patrice Motsepe’s TymeBank is miles ahead of Discovery Bank and Michael Jordaan’s Bank Zero, which hasn’t even launched. TymeBank has more than 600,000 clients compared with Discovery’s 22,000. Discovery recently announced that the bank will register up to 1,000 new customers per day from August 2019, inferring that it might have more than 350,000 customers in about 10 months.

Building a new bank is not cheap even in the case of Discovery, which is not setting up branches to distribute banking services – a costly route still favoured by the big four banks, Standard Bank, FNB, Nedbank and Absa.

The cost to build Discovery Bank (R3.17-billion) is significantly more expensive than TymeBank and Bank Zero, which mostly use cheaper cloud computing technology for transactional banking services such as transferring money and taking deposits from customers.

Building Discovery Bank is more expensive because in addition to offering transactional banking services, it has a behavioural component, which aims to alter and improve the financial and health habits of its higher LSM customers by using a system of incentives.

Discovery Bank works closely with Discovery’s other business units such as medical aid, life and investment businesses, and the short-term insurer to disburse incentives to customers including favourable interest rates on savings, lending rates, and discounts on a variety of products and services.

“We are not uncomfortable with the spend [on Discovery Bank],” Gore declared at the results’ presentation. After all, it wants to shake up South Africa’s banking industry, which is facing a banking fee war and has stayed the same more than 20 years after the internet went public.

“The cash generated from the health business was meant to fund investments into new and emerging businesses. The health side is generating a lot of cash (10% rise in profit). But one must be cautious in this difficult environment,” said Klipin. BM