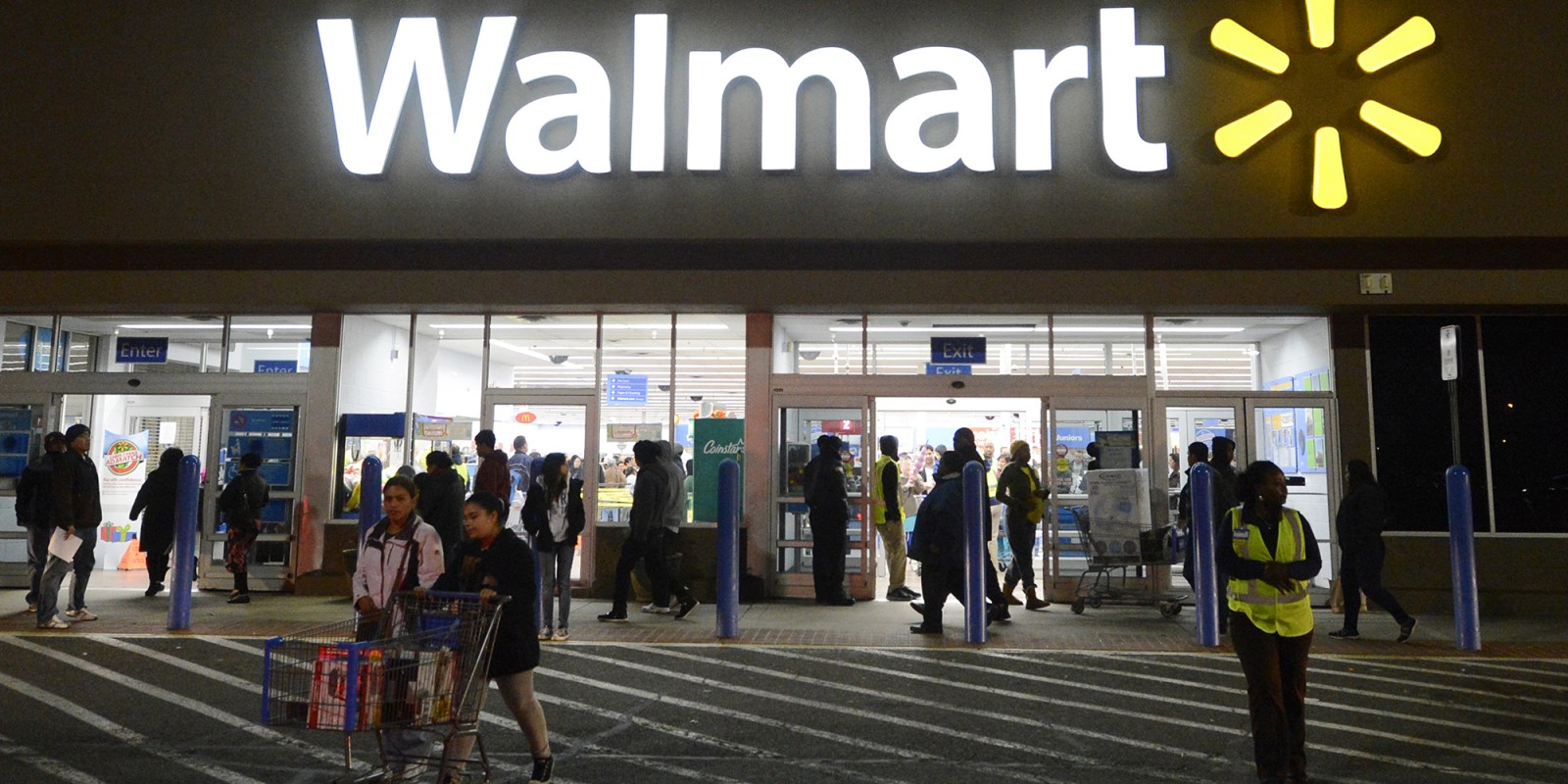 A file picture dated 28 November 2013 of customers come and go during a sale at a Walmart on Thanksgiving Day in Alexandria, Virginia, USA (reissued 16 August 2018). EPA-EFE/MICHAEL REYNOLDS

Massmart, which is majority-owned by US retail giant Walmart and is the owner of retail brands including Game, Makro, Dion Wired and Builders Warehouse, is a perennial underperformer. Market watchers say new CEO Mitchell Slape might replicate the Walmart retail model at Massmart, dramatically slashing costs and selling underperforming assets.

Mitchell Slape, the new Massmart CEO, will have his work cut out for him when walks into his Sunninghill, Johannesburg office on 2 September to officially resume his duties of reviving the struggling retailer’s fortunes.

Retail-associated costs are rising faster than sales (11.8% vs 5.5% for its first half 2019) at Massmart, which is 52.4% owned by US retail giant Walmart, and is the owner of retail brands including Game, Makro, Dion Wired and Builders Warehouse.

Massmart is loss-making, with the retailer pencilling in a net loss – of R832.4-million – for the first time in more than 10 years, from a year-earlier profit of R190-million.

Several factors have pushed Massmart into losses. The main factor is South Africa’s economy and consumer spending (across all household income categories), which have deteriorated over the past five years. And Massmart’s management, led by former CEO Guy Hayward since 1 June 2014, has battled to ride out the moribund consumer environment.

The retail landscape has also changed; it has become fiercely competitive and innovative as retailers battle for market share through aggressive promotional activity and expanding their store footprint.

Slape, the 52-year-old who has been described as “Walmart’s old hand” after having spent nearly 25-years at the retail giant’s businesses outside of the US including Mexico, India, and Japan, now has the unenviable task of being a Massmart fixer. Before Walmart sent him to South Africa to replace Hayward, who quit in May (no reasons given), Slape was the CEO of Walmart Japan.

It isn’t surprising that Walmart influenced Massmart’s recruitment process because it owns the retailer. Walmart purchased a 51% interest in Massmart at R148 per share (a deal valued at R17-billion) on 29 November 2010, heralding a giant leap into Africa for the world’s biggest retailer.

It was a logical move at the time. Walmart saw Massmart as being part of its broader strategy to get into high-growth African markets, the rand was trading at around seven to the dollar (now at the R15 level), South Africa’s economy was growing by 3% despite a global financial crisis (it’s now forecast to grow by 0.6% in 2019) and retail sales grew by more than 5% on an annual basis.

But Walmart’s purchase of Massmart hasn’t lived up to expectations. Massmart’s share price has fallen by 70% to R44.99 (close on 30 August 2019), meaning that Walmart’s initial investment has lost about R12-billion in eight years. Compared to its retail peers, Massmart’s share price has become a perennial underperformer since Walmart became its owner eight years ago, with Woolworths up 114%, Spar up 75%, Pick n Pay up 21% and Shoprite up 13%.

Massmart’s poor share and sales performance have sparked market questions (again) about how long Walmart will continue supporting the retailer before it disinvests. Slape, who has not yet unveiled his plans to turn Massmart around, has ruled this out.

At a recent Massmart results presentation, Slape told investors Walmart still sees “long-term prospects” in Africa. Slape was not available for an interview with Business Maverick because Massmart said he wanted to spend the first few weeks on the job engaging with staff and “get[ting] to know the business”.

A page from Walmart globally

Questions about Walmart’s commitment to Massmart are not misplaced. Since Doug McMillon was appointed as Walmart’s CEO in 2014, the retail group has been exiting underperforming international businesses. In 2018, Walmart sold an 80% stake in Walmart Brazil to a private equity firm, retaining the remaining 20%; and sold a majority stake in its UK arm Asda to Sainsbury’s. Walmart wants to regroup around its US home market with a primary focus on e-commerce to take on the likes of Amazon.

But market watchers don’t see Walmart selling Massmart soon, even though it’s a small operation in Walmart’s stable (Massmart’s R91.2-billion revenue in 2018 made up less than 2% of Walmart’s total revenue of $500.3-billion in 2018).

“The Americans don’t pussyfoot around – they want results and they’ve brought in a heavyweight in Slape to do the tough job. Maybe Slape will rebrand Massmart like Walmart. But there is still a long and hard slog ahead in turning the business around.”

One analyst said Slape should focus on cutting costs, working on Massmart’s retail model of no-frills store formats and high volumes because the operating environment will not be “consumer-friendly in the next year or two”. BM