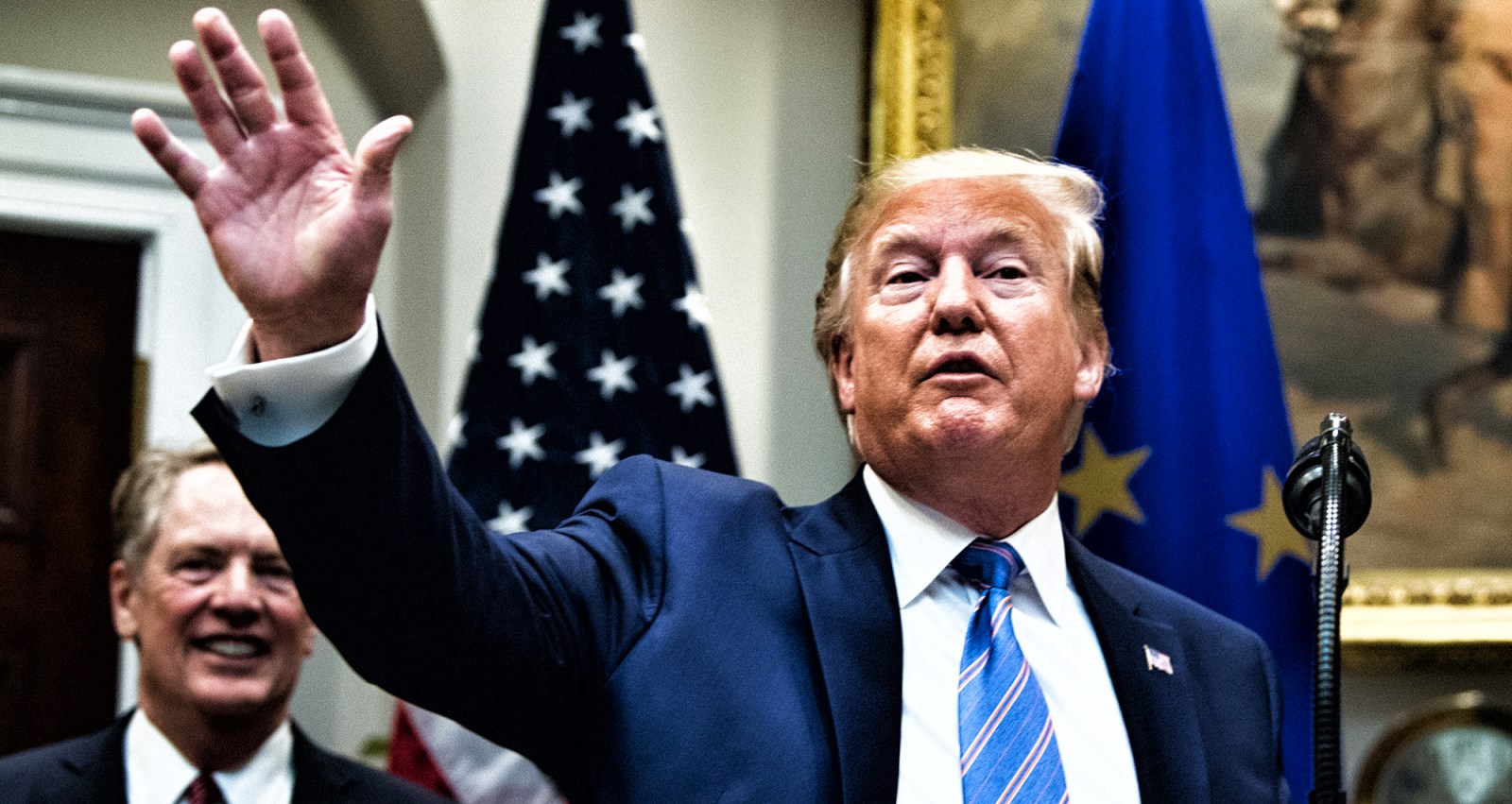 epa07753988 US President Donald J. Trump speaks on a US beef trade deal with the European Union, in the Roosevelt Room at the White House in Washington, DC, USA, 02 August 2019. EPA-EFE/KEVIN DIETSCH / POOL

Meanwhile, the Tokyo International Conference on Africa’s Development was probably more productive for the continent.

One could surely be forgiven for questioning the continuing value to Africa of its partnership with the sort of Group of Seven (G7) club of the world’s richest nations that was manifest at its 2019 summit.

In the eyes of the global media, at least, the recently concluded event in the glamorous French seaside resort of Biarritz was dominated by the boorishness of United States President Donald Trump. He did his best to wreck this year’s summit as he did last year’s in Canada, with his disruptive behaviour and rampant egoism.

This was epitomised by his skipping a critical discussion on climate change, biodiversity and the oceans with the excuse that he had scheduled meetings with the heads of Germany and India. Both German Chancellor Angela Merkel and Indian Prime Minister Narendra Modi were however at the climate change meeting.

He also told outrageous fibs about how China was eager to resume talks with the US to end their trade war which is jeopardising the global economy. Beijing denied this.

Trump also quite deliberately grated the other G7 leaders by persistently insisting that his chum Vladimir Putin should be invited to return to the G7 – to make it the G8 once again. Russia was evicted from the G8 in 2014 – thus returning it to its original G7 format – after Putin invaded and annexed Crimea from Ukraine.

But their relative invisibility to global media became obvious when an Associated Press White House correspondent tweeted a photograph of host President Emmanuel Macron, India’s Modi, Canadian Prime Minister Justin Trudeau and Ramaphosa in a huddle and tagged the three other leaders by name but labelled Ramaphosa as ‘unidentified leader’.

As a result largely of the friction between Trump and the rest, the G7 didn’t put out its usual comprehensive communiqué at the end of the gathering, instead issuing only a “declaration” that covered the main points at a sufficient level of abstraction to mask the many differences.

Macron deserves praise for nonetheless managing bull-in-a-China-shop Trump quite adroitly, without too much multilateral crockery being destroyed. He even managed to smuggle Iranian Foreign Minister Mohammad Javad Zarif into Biarritz to try to get Trump to agree to meet Iranian President Hassan Rouhani in a bid to resolve their nuclear standoff.

The G7’s interest in Africa has waxed and waned over the past two decades and has certainly been stronger than it is now. But Macron also managed to herd the cats well enough to produce a reasonable statement on Africa welcoming a ‘reinvigorated’ partnership – mainly to eradicate poverty, realise full education, provide good-quality healthcare and increase access to clean water. It was not immediately clear what ‘reinvigorated’ meant beyond the name.

The most concrete part was a G7 package totalling $251 million supporting the African Development Bank’s Affirmative Finance Action for Women in Africa initiative. The G7 leaders also fully backed the United Nations and AU’s plans to set up an inter-Libyan conference to try to end that country’s protracted civil war.

Canada and Japan joined the Sahel Alliance fighting violent extremists, which means all G7 members are now on board, an important victory for France and Germany, which are struggling to win greater support as the jihadist threat spreads south into West Africa from the original G5 Sahel countries.

The G7 leaders reiterated their willingness to continue developing entrepreneurship and private sector youth employment in Africa and committed themselves to help bridge the digital divide and promote digital transformation in Africa. They vowed to support efforts to improve the business environment in Africa and to back the African Continental Free Trade Area Agreement (AfCFTA).

The G7 leaders also committed themselves to creating a fairer international tax system which would benefit Africa, which loses tens of billions of dollars a year through dodgy tax manoeuvres by multinationals.

Ramaphosa thanked the G7 for its efforts to reorient its relationship with Africa to tackle the continent’s many challenges and stressed the critical importance of the AfCFTA in achieving this.

By contrast, the seventh Tokyo International Conference on Africa’s Development (TICAD), which began immediately after the G7 summit, with over 20 African presidents present, was a far more sober gathering, without Trump’s antics. And possibly more productive for Africa.

Japanese Prime Minister Shinzō Abe kicked off the summit by announcing that his government would increase trade and investment insurance to cover 100% of transactions, in an effort to boost Japanese private sector investment in Africa – a major aim of Japan’s engagement with the continent. The theme of the summit is about increasing innovation and private investment to boost Africa’s development.

Sall, as current chair of Nepad – which has just been given a new task to implement Africa’s development projects – told the summit that its vital objective was to help increase the continent’s industrialisation so as to decrease its dependence on the export of raw materials.

As so often before, China was the elephant in the room of both summits, as far as engagements with Africa were concerned. The G7 African Partnership and TICAD are both in a sense the Western counterparts to China’s more dramatic involvement in Africa.

Neither even aspires to match the volume of Beijing’s roughly $20 billion a year investment in the continent, mainly in infrastructure. Instead, the G7 and TICAD presume to offer more targeted, qualitative rather than quantitative support to Africa.

It’s a tough marketing exercise especially in a world with an attention span that seldom extends beyond the billion-dollar headlines. And it gets even tougher when those headlines are hijacked by Trumpian antics.

South Africa, for one, is evidently seeing beyond those headlines. The China-focused administration of previous president Jacob Zuma neglected Japan to the point of simply ignoring an invitation to host TICAD6, which then went to Kenya, Japanese diplomats say.

Desperate for investment from wherever he can get it to rescue South Africa’s ailing economy, Ramaphosa, by contrast, is leaving no corner of the globe untapped. DM