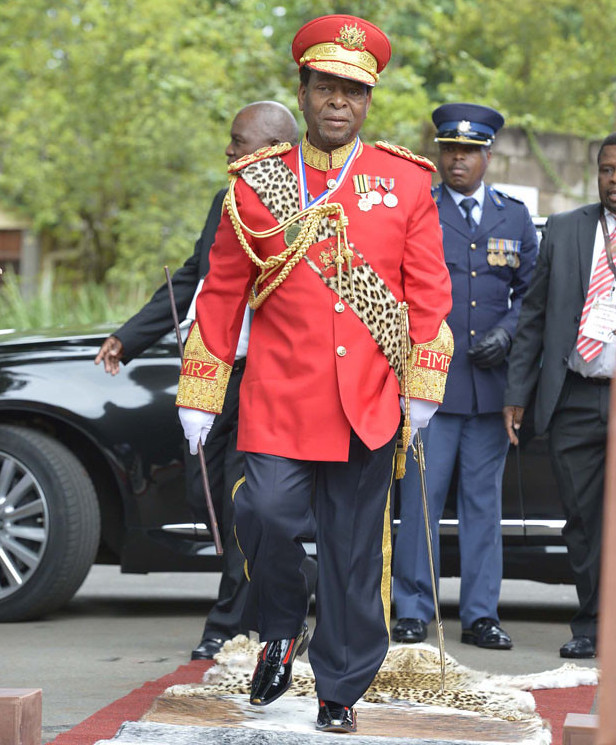 There was a backlash against the Ingonyama Trust Board even before the release of the Presidential Expert Advisory Panel Report on Land Reform and Agriculture in July and the subsequent media coverage.

The Advisory Panel reaffirmed the recommendations made by the 2017 High Level Panel Report commissioned by Parliament and chaired by former President Kgalema Motlanthe. The High Level Panel recommended that Ingonyama’s board be disbanded or the Act itself be extensively amended.

But King Goodwill Zwelithini, instead of meaningfully engaging with the grievances raised by people who live on the land administered by the Trust, has again taken a defensive stance and said that the land will not be taken from the Zulu kingdom. He continues to focus on defending the actions and existence of the Ingonyama Trust, instead of dealing with the reality faced by many people living on Trust administered land, who have been dispossessed of rights to their land.

The recommendations from the High Level Panel report were based on numerous testimonies from community members living on land administered by the Trust. Their testimonies illustrated the systematic undermining and denial of customary ownership rights held by people living on Trust land.

A disgraceful illustration of the Trust’s disdain for the rights people hold over their customary land is its policy of converting those rights to leases with the Trust as the lessor. This started in 2007.

People living on land administered by the Trust usually hold rights in one of two ways: in terms of either customary law or Permission to Occupy rights.

Customary law ownership rights are recognised and protected by the Constitution and the Interim Protection of Informal Land Rights Act (Ipilra), and also do not require the payment of rent.

Although Permission to Occupy rights are apartheid era permits given to black people living on unsurveyed rural land, they granted perpetual and inheritable rights to land and do not require the payment of rent.

The state has failed to introduce alternative forms of tenure that would adequately protect the rights of Permission to Occupy rights holders. Also, under the Upgrading of Land Tenure Rights Act (Ultra), Permission to Occupy rights can be upgraded to title deeds. It is unconstitutional for the Trust to unilaterally introduce a weaker system of rights holding on land it administers.

The weakness of lease rights versus Permission to Occupy rights or customary rights is not explained to residents when they are told that they must sign a lease with the Trust for them to be recognised by the king as members of the community.

A residential lease is for 40 years; the rent increases by 10% every year; and it must be renewed every 40 years. Members of some of the poorest communities in South Africa are required to pay rent for land that has been in their family for generations.

For people who survive mostly on social grants and subsistence farming this policy fundamentally entrenches a cycle of poverty by taking away land ownership with the generational carrying of this imposed debt.

These residential leases also include a number of dubious clauses that are hostile to the usual operation of customary law:

People are told that their rights will be more secure with a lease and that they will be able to access credit from banks. The immense powers the Trust has to unilaterally cancel or not renew a lease are not explained. It is not explained that to use the lease as collateral for a loan, the land must be surveyed and the lease registered by the lease holder at his or her expense.

Fees and costs related to registering a lease are upward of R10,000. This places the cost and burden of securing rights, which have been gutted for centuries by colonialism, apartheid, and now a democratic state and the private sector, on the backs of the poorest South Africans.

The government needs to step up. It must adopt legislative and other measures to meet its constitutional obligation to ensure that people who hold rights to land that are not recognised and protected by the law as a result of our colonial and apartheid past have secure tenure that protects them from arbitrary dispossession. DM

Zenande Booi and Nokwanda Sihlali are both Research Officers at the Land and Accountability Research Centre at the University of Cape Town.