The calumny before the storm: As political battles escalate, expect attacks on judges to intensify 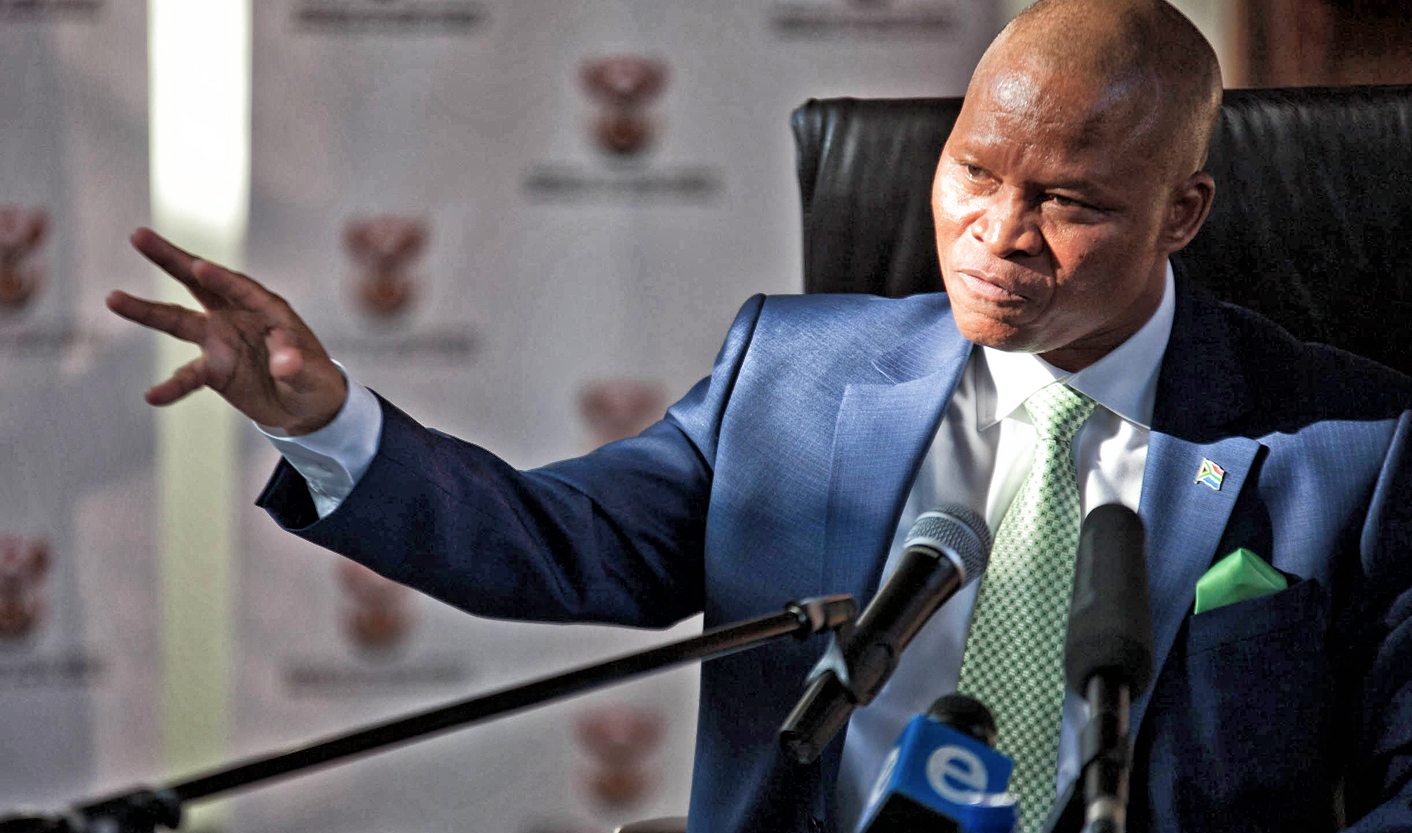 A concerted campaign to undermine the judiciary is gaining momentum. There are people, politicians especially, with much to gain by damaging the institutions in our society. This creates chaos and gives them more space to operate.

It has become apparent that some political players are trying to delegitimise the judiciary. Several agendas could combine towards this goal, as it is in the interest of various groups to weaken the public perception of judges. The judiciary is unlikely to respond publicly, and individual judges will continue to make their findings in political cases. But, for some on the other side of the law, there is much at stake, and the attacks on judges are likely to continue and even escalate.

On Wednesday 21 August, Public Protector Busisiwe Mkhwebane said in an interview on SAfm that questions needed to be asked about the independence of the judiciary. Earlier that day, the mayor of Ekurhuleni, Mzwandile Masina, had taken a similar message much further. Speaking at an event with Mkhwebane, he said: “Those who run to the courts to challenge the public protector are using our money…and have something to hide.”

Considering the challenges to Mkhwebane’s reports by President Cyril Ramaphosa, Public Enterprises Minister Pravin Gordhan and others, he appeared to be directly criticising his own party leaders.

Then there is, as always, Tony Yengeni’s Twitter feed. It is becoming a useful indicator of the strategy of a faction in the ANC that is aligned to Masina and others who support the public protector. On Thursday 22 August, Yengeni tweeted what must be seen as a criticism of judges:

There are judges in this Republic especially black ones..whose judgements you know before they make them..! Predictable and biased..! Its a mess..

At the same time, the EFF has attacked the judiciary.

On Women’s Day, EFF leader Julius Malema said girl children need to be educated “so we can get rid of incompetent judges who are threatened by politicians who appear before them”. He also said some judges were “traumatised old people”.

When a black female judge heard a review application of a Mkhwebane finding, EFF spokesperson Dr Mbuyiseni Ndlozi (the EFF was a party in the case) claimed in a tweet that “she can’t even read her own judgment”.

The attacks came after judges made findings in favour of people who appear to be opponents of Malema, the EFF and a particular faction of the ANC. It is clear that the EFF and some in the ANC support Mkhwebane, and it is likely that the EFF and this grouping want to weaken Ramaphosa and his followers.

There is also “chatter” on social media, with claims that judges were paid, or bought, or part of an untransformed system that hasn’t changed since apartheid. But no evidence is given to support these claims of corruption. (Judges receive their full salary for life and are not allowed to do other paid work. As a result, they would appear to be well-inoculated against any financial temptations.)

It seems these groups are working together to undermine the judiciary because they have something to fear – some people are worried that the law is catching up with them.

Those guilty of wrongdoing during the Jacob Zuma era may now fear that the National Prosecuting Authority is closer to charging them. Malema too has much to fear. The NPA has repeatedly claimed to be close to making a decision about whether to continue with a corruption case against him emanating from events in Limpopo nearly 10 years ago.

But there is another – more important – agenda: to weaken the institutions of society. This creates chaos and gives perpetrators more space in which to move.

It also removes the threat of accountability for their actions. If, for example, they are successful in removing protection for women working as journalists, they will find it easier to simply avoid answering questions in public that would put them on the spot. The playing field becomes easier for them because there will be fewer obstacles to any plans involving the accumulation of assets.

If this campaign continues, how will judges react?

It is unlikely that individual judges will make comments in public. However, certain legal bodies, such as the Bar Association, might well have to speak out.

The Judicial Service Commission (JSC) may be forced to comment in public, or at least answer questions about the attacks on the judiciary. It is likely to demand that those who complain to it about judges should provide evidence to substantiate their claims.

The JSC is chaired by Chief Justice Mogoeng Mogoeng. He played an important leadership role for judges after the Zuma government ignored a court order in allowing now-deposed Sudanese leader Omar al-Bashir to leave SA in contravention of the International Criminal Court’s order that he be detained.

But the situation may have changed. Mogoeng has recently appeared to be sharply critical of the media, just as cases involving the EFF and the media are before the courts. Those who oppose the judiciary will be looking to exploit any signs of disunity in the judiciary. Mogoeng’s dissenting judgment in the Constitutional Court ruling that Mkhwebane personally pay some of the Absa/Bankcorp costs has been cited by her defenders.

It is up to honest politicians to defend the judiciary. Ramaphosa and others have publicly supported this institution. He and his supporters may want to explain why they believe their opponents are attacking the judiciary.

The judiciary can expect more attacks. If the NPA does eventually charge State Capture players with corruption, the pressure will become intense – and then the issue will reach its climax. What we have seen so far is simply laying the ground for those cases and the battles to come.

The war for the future of South Africa is raging, and the judiciary is a prime battleground. DM