‘Don’t be an instant noodle’: Small is beautiful in Taiwan 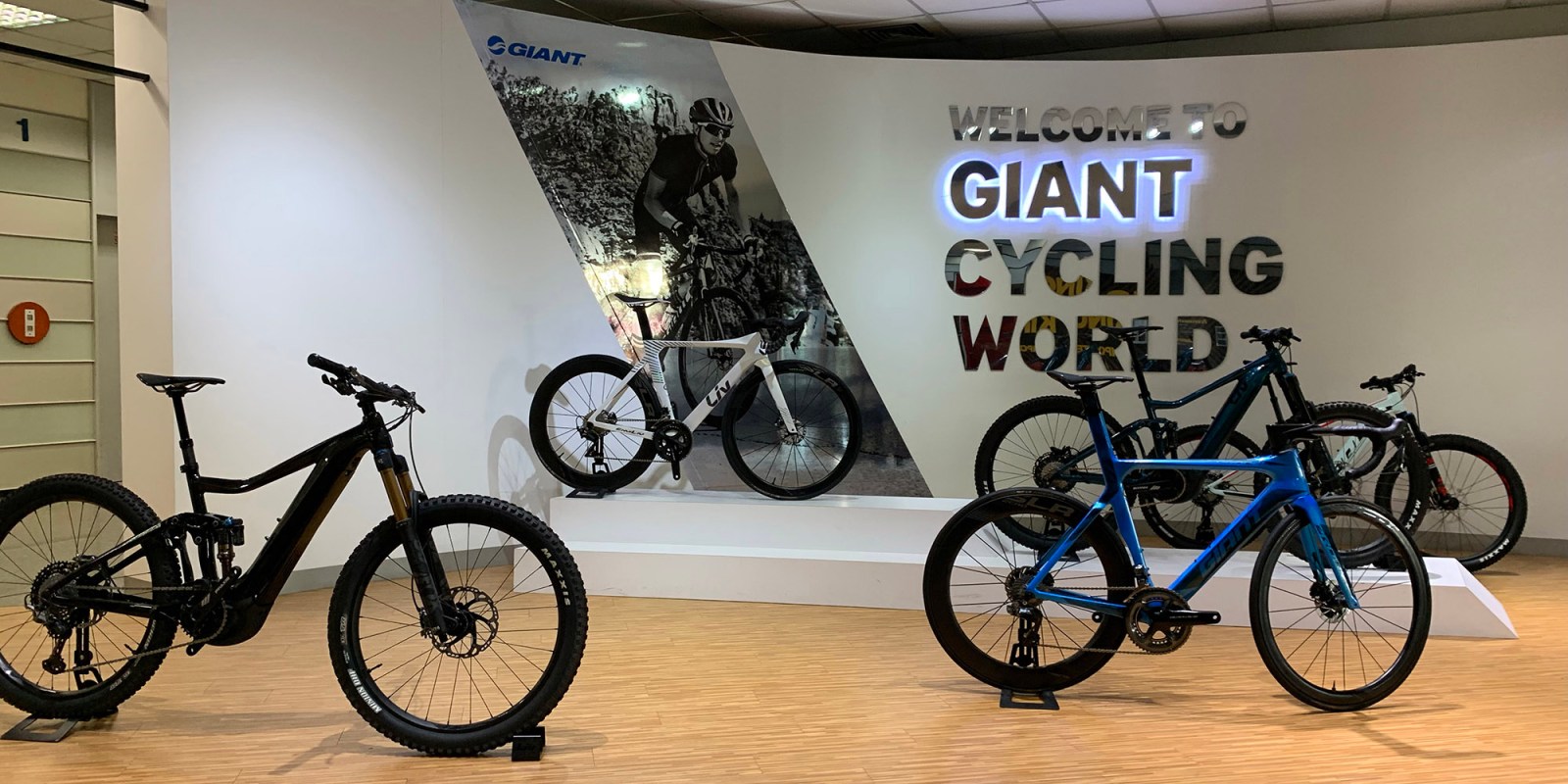 Giant owes at least some of its success to ITRI, a governmental R&D organisation, for developing lightweight carbon fibre bicycle frames in 1985. (Photo: supplied)

Taiwan, a small nation of just 23 million people (about the same size as Cote d’Ivoire, Cameroon or Niger) has built a reputation that far surpasses its size. Its global profile is down to its success, and that success is largely a story of people realising their talent through small businesses. Taiwan teaches that if you take good care of business, business will take good care of you.

Taiwan, and specifically the city of Taichung, just one hour south of Taipei on the High-Speed Rail, is the global epicentre of bicycle manufacturing. This is thanks to two companies, Giant and Merida, who have proven that it does not always pay, in the words of Merida’s head of marketing William Jeng, “to be an instant noodle” — referring to the mass volume, small margin, but quick return Original Equipment Manufacturing (OEM) model of many Taiwanese firms.

Taiwanese prefer not to talk of their economic transition in terms of a “miracle”. Many put their economic success down to a combination of simple factors: hard work, investing in education, improving skills, a trait of saving rather than spending and a more efficient application of limited resources through often family-run small- and medium-sized enterprises (SMEs).

There are some 1.4 million of these enterprises — or 98% of all businesses on the island.

Both Merida and Giant were started as family-run SMEs in 1972, just as Japan shifted bicycle production to a cheaper labour market in Taiwan. This was possible since bicycles were not a government-protected sector, another key lesson in those seeking to create commercial opportunities.

Early on, both companies were principally suppliers to overseas-based brands: Merida to GT and Raleigh, and Giant to Schwinn. After Schwinn decided to set up its own factory in China, faced with the disappearance of 80% of its market, Giant was forced to establish its own brand of mid-sector bikes in 1987. The same happened to Merida with GT in the United Kingdom, “teaching us a key lesson,” says Jeng, who has been with Merida since 1988, “that we were taking all the risk but not getting all the profits”.

Merida took two strategic decisions: to build its own brand and to diversify by entering a partnership with Specialised in the US — a relationship which is still going strong. Along the way, it maintained its family values. Its CEO Michael Tseng, son of the founder Ike Tseng, is still in the office each day from his home just 10 minutes away, while his son Vansen (an MBA graduate) is learning the business from the bottom up. The family and employees are bike fans, as happy to gossip about their team’s performance at the Tour de France as they are about the latest and lightest carbon technology and production techniques, and the routes they plan to cycle on the weekend.

The volume of bicycles produced in Taiwan was 2.5 million in 2018, less than a quarter of its 1986 peak. China is now the largest producer in the world, with somewhere “between 20 to 30 million bikes annually”, says Jeng, with India adding a further 10 million. Merida has three factories in China and one in Germany. It produced nearly 945,000 bikes at the Taichung factory in 2018, or 38% of the overall Taiwanese total, earning $750-million in exports. The big change for Merida is thus less in volume than price. Whereas its average bike price FOB was $200 20 years ago, today it is more than US$1,000.

Today 1,300 workers at the Yuan Lin factory south of Taichung, most bedecked in the company colours of green and white, produce all the company’s e-bikes, which hit the stores for US$5,000 compared with half this amount for their average mountain bike. Thirty percent of Merida’s turnover is e-bikes, and a third of its production is made from carbon, fed by a global supply chain, with many of the major factories (including Rock Shox and Fox) clustered around Taichung.

Many of the manufacturing techniques — from cutting, milling and welding tubes to assembly — are labour intensive. Yet, contrary to the assertion that labour-intensive industries are always a race to the bottom, the company has continued to move up the price ladder, finding a more profitable niche in high-quality bikes. Around 5% of its US$900-million annual turnover is spent on R&D.

Giant and Merida are unusual as Taiwanese companies in that they rely on their own global name. If one great Taiwanese development strength has been in the flexibility of Taiwanese entrepreneurs in finding a way around the political challenges with China and to sub-contract to multiple manufacturers, this has been at the expense largely of creating household brands such as Samsung and Hyundai in South Korea, or Sony and Sanyo in Japan. This makes the Taiwan story more difficult to sell and to emulate and threatens to undermine its economy in the long term in a brand-conscious world.

Yet the majority of Taiwan’s exports don’t even carry the Taiwanese label, being components in a larger network of international brands that subcontract to Taiwanese businesses. This is the story of Apple and the lesser-known Foxconn, which along with other Taiwanese firms supply 70% of iPhone parts. And analogous to the way Taiwan has, largely to their own benefit, increasingly become a cog in another country’s (China’s) machine.

Such rapid development did not happen by osmosis. Rather, it was the result of a deliberate series of premeditated government actions and institutions.

An example is in the establishment of the Industrial Technology Research Institute (ITRI) in 1973 by the Ministry of Economic Affairs. ITRI is Taiwan’s largest R&D organisation, part think-tank and part incubator, which had by July 2019 developed nearly 26,000 patents and continues to do so at the staggering pace of about five patents a day (of which three are approved). This ensures a regular income outside government grants, ITRI turning over nearly US$700-million in 2018.

Among ITRI’s major successes was the design and subsequent licensing to Giant of carbon fibre bicycle frames in 1985, which was a major part of the company’s success. Today, Giant is the leading global bicycle manufacturer, Taiwan being responsible for not less than 33% of all bicycles produced worldwide. Meanwhile, ITRI operates as a non-profit, managing to cover its expenses only by commercialising its designs as fast as possible.

In a world where power is economic rather than political, and where people are worried more about money and consumer brands than values, Taiwan is increasingly a forgotten nation. The impact of this trend has seemingly been compounded by the realisation of middle-class status by many Taiwanese and with it a changing set of concerns about their quality of life, less the quantity of income. These include democratic freedoms and growing fears about environmental sustainability.

Then again, Taiwanese firms are already positioning themselves to do business in the latter area. Taiwan has seldom, if ever, squandered even the tiniest scrap of an opportunity. DM

The authors are researching a book for the Brenthurst Foundation on the lessons for Africa from Asia.