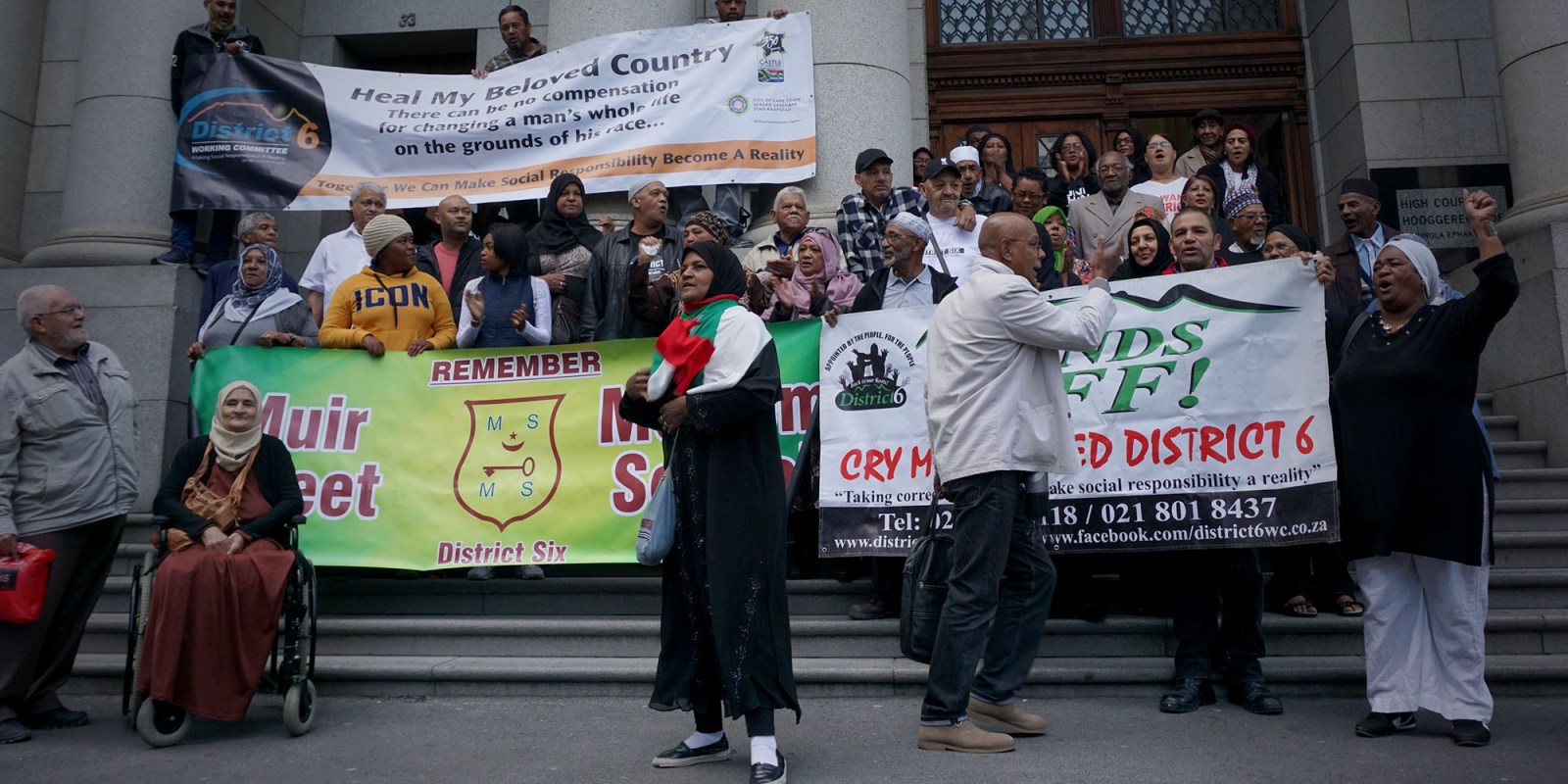 On 2 August the Land Claims Court delivered an important judgment for people forcefully removed from their homes during apartheid who have still not received restitution from the government under the Restitution of Land Rights Act.

The court, located in Randburg, found that the former Minister of Rural Development and Land Reform, Maite Nkoana Mashabane, violated the Constitution by failing to ensure people forcefully removed from District Six received restitution. Acting Judge Tembeka Ngukaitobi said the Minister therefore had to personally pay some of the legal costs the land claimants incurred by going to court to force her to fulfil their constitutional right to restitution.

This is an important decision for people who have lodged land claims under the Restitution of Land Rights Act but have not yet received restitution because of government inaction and inefficiency. By ordering the Minister to pay part of the land claimants’ legal costs from her own pocket, the court has set an important precedent where high-ranking government officials can be held personally accountable for failing to take proper steps to fulfil the fundamental rights the Constitution protects.

In the 1950s the apartheid government passed two laws to forcefully remove black people from their homes: The Population Registration Act and Group Areas Act.

Under the Group Areas Act, the president had the power to declare that certain areas could only be occupied by “whites” as defined in the Population Registration Act. When this happened, all black people living in a “white area” would be forcefully relocated to a “native” (later reworded as “Black”) or “coloured” area.

In 1966, the State President declared that District Six would become a “white area”. This meant all black people had to leave District Six or be forcefully removed. Most people were relocated to what is now known as the Cape Flats, where many still live today.

The Bill of Rights states that all people forcefully removed or dispossessed of their property because of discriminatory apartheid laws have a constitutional right to adequate redress or restitution as provided for in a law passed by Parliament. The Constitution also says the government must take steps to ensure people dispossessed of their homes during apartheid are provided with restitution. The duty to provide restitution must be fulfilled “diligently and without undue delay”.

In 1994 Parliament passed the Restitution of Land Rights Act to allow people to claim restitution from the government for the forced dispossession of their homes.

In 1998 people forcefully removed from District Six lodged land claims with the Department of Rural Development and Land Reform under the Restitution of Land Rights Act. However, more than twenty years later, their land claims are still not finalised.

Earlier this year, the District Six land claimants took the Department and the minister at the time, Maite Nkoana Mashabane, to the Land Claims Court to force her and the department to finalise their claims. The minister did not oppose their application. In March 2019 Judge Jody Kollapen granted an order by consent requiring the minister to develop a plan, in consultation with the land claimants, to finalise their land claims within a reasonable time. The minister was also ordered to deliver regular updates to the court on the department’s progress implementing the plan.

The minister, however, failed to take meaningful steps to formalise a plan, properly consult with the land claimants or submit regular updates. This happened despite her consenting to a court order requiring her to do exactly that. The land claimants therefore had to once again approach the Land Claims Court to realise their constitutional right to restitution for their forced removal from District Six some 50 years ago.

The court said her explanation was inadequate. It showed the minister failed to properly appreciate her duty to take proper steps to fulfil the constitutional right of the land claimants to restitution. This was for two reasons.

Second, the minister should have taken proactive steps to ensure money was made available. If problems arose after she consented to the order of Judge Kollapen, she should have approached the court to inform it of these problems. The minister failed to do both things. Instead, she waited until the land claimants had to force her back to court before explaining why she had not finalised the plan.

Why the minister was not held in contempt of court

Contempt of court requires showing four things beyond a reasonable doubt: (1) the existence of a court order against someone (2) that they were aware of the order (3) they failed to comply with the order and (4) the failure to comply was intentional and in bad faith.

The minister accepted she had a duty to comply with the order requiring her to finalise the land claims. She also said she was aware of the order and conceded that she failed to comply with it. However, she said her failure to comply was not intentional or in bad faith. She said she failed to comply because of the problems in making additional money available. She also said she needed more time to consult with the land claimants to finalise the plan.

The court said it was reckless and irresponsible for a minister to agree to a court order if they knew they cannot reasonably comply with it. She had a duty to take all reasonable steps to ensure the plan was finalised. This included making additional funds available. No proper explanation was given for why she did not hold meaningful discussions with the land claimants. This meant the minister did not make a good faith attempt to ensure the plan was finalised in a reasonable time.

The last issue was whether the minister should pay part of the land claimants’ legal costs from her own pocket.

She always knew additional funding was needed to finalise the plan and took no meaningful steps to make this funding available. She also failed to properly consult with the land claimants even though she agreed to do so.

Acting Judge Ngukaitobi said the minister’s failure to appreciate her constitutional duties and her reckless conduct meant a personal costs order against her was justified in this case. DM