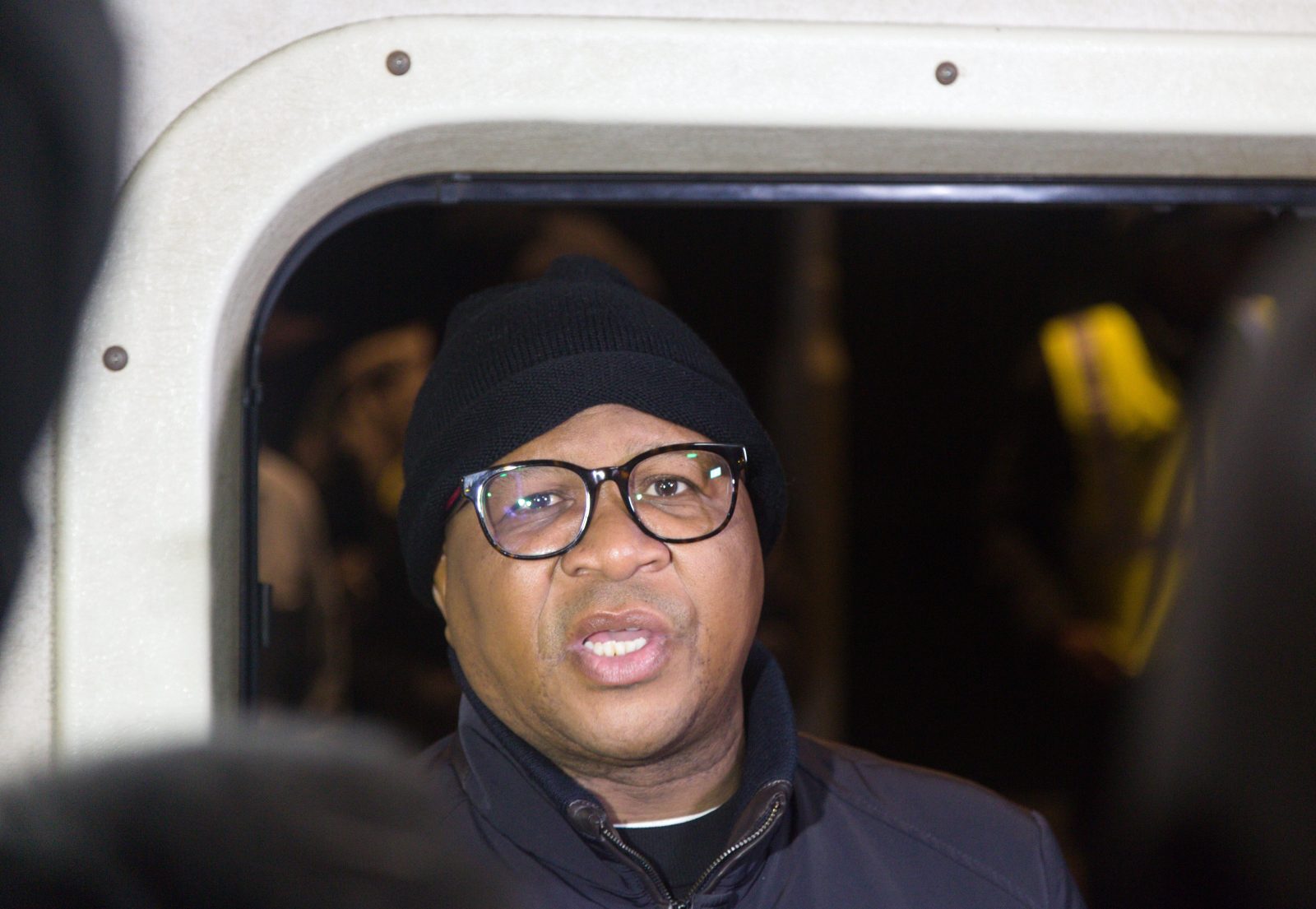 Transport Minister Fikile Mbalula speaks to journalists as he embarked on a train ride between Khayelitsha and Langa on Tuesday morning where he was faced with delays and train cancellations. Photo: Suné Payne, 25 June 2019

It is hoped that the new facility will address a myriad of train commuter problems which have resulted in many commuters losing faith in the service. The facility will expedite service recovery and improve safety management.

Thanks to the new centre, controllers will no longer have to stand as they work and they will be able to monitor more than one cabin at a time.

The change will see the current system’s panels which were installed in the 70’s being changed to create a more centralised operations system.

According to PRASA and the minister, the migration programme is already well underway. PRASA told minister Mbalula on Thursday that the new system was running smoothly and effectively. The minister also heard that thanks to the new system PRASA had achieved 75% on-time management.

Getting rid of the analogue manual system will not be a costly exercise according to PRASA. The rail agency said R1-million will be spent to service the war-room over 3 years. Chairperson of the PRASA board Khanyisile Kweyama said operational costs of the war-room were also not an issue as PRASA used its own resources. She said:

“Our regular PRASA staff will work in the war-room. We have used PRASA resources. Even in the regions we will have PRASA staff working there”.

“I want an army of security in the trains,” said Mbalula.

When Daily Maverick asked how the minister would address the issue of vandalism – as the new system seemed to address strictly operational problems, Dr Sishi said they have corroborated with the security cluster, especially police as a means to combat theft and vandalism.

“We also have a security strategy within PRASA,” said Dr Sishi.

Dr Sishi said PRASA’s board of control has parted ways with irregular contracts. He said once the current contracts have been approved, security will be appointed. Mbalula added that the police and army could help with training security officers.

“We are building on what previous minister Blade Nzimande had done. We are bringing innovations and want change which we know will come after a while,” Mbalula said.

Dr Sishi said the war-room will help speedily address problems of aging infrastructure, restore an aging rail network and rolling stock. Both Sishi and Mbalula acknowledged the fact that PRASA is clawing back normality after years of looting.

“Our energies have been drained by the corruption and infighting that was happening here, but the work goes on regardless,” Mbalula said.

Mbalula lamented the rail agency’s failure to spend its budget and said this was due to the fact that the agency had long been characterised as corrupt and employees intimidated and scared to act.

PRASA told minister Mbalula that the facility was ready and that they were working with the safety regulator to iron out some outstanding issues.

“This war-room is a physical space that will enable those deployed to make rapid decisions based on the information they gather from the operations on the ground, on an hour by hour basis. The screens reflect metrics that the technical team will utilise to track and measure performance daily”.

As part of its service recovery intervention, Mbalula said the war-room will improve on-time performance; currently at 50.2% to 85%. He said it will also improve the Shosholoza Meyl on-time arrivals, currently at 3% to above 50% and further ensure sufficient set availability to 291 instead of the 157 currently.

On the highly contentious issue of e-tolls, Mbalula said progress had been made – he has already had meaningful engagements with the relevant stakeholders and there will be an e-toll media briefing at end August.

“Scrapping e-tolls is on the table. We want to ensure that the transport recovery plan achieves the desired results,” added Mbalula. DM