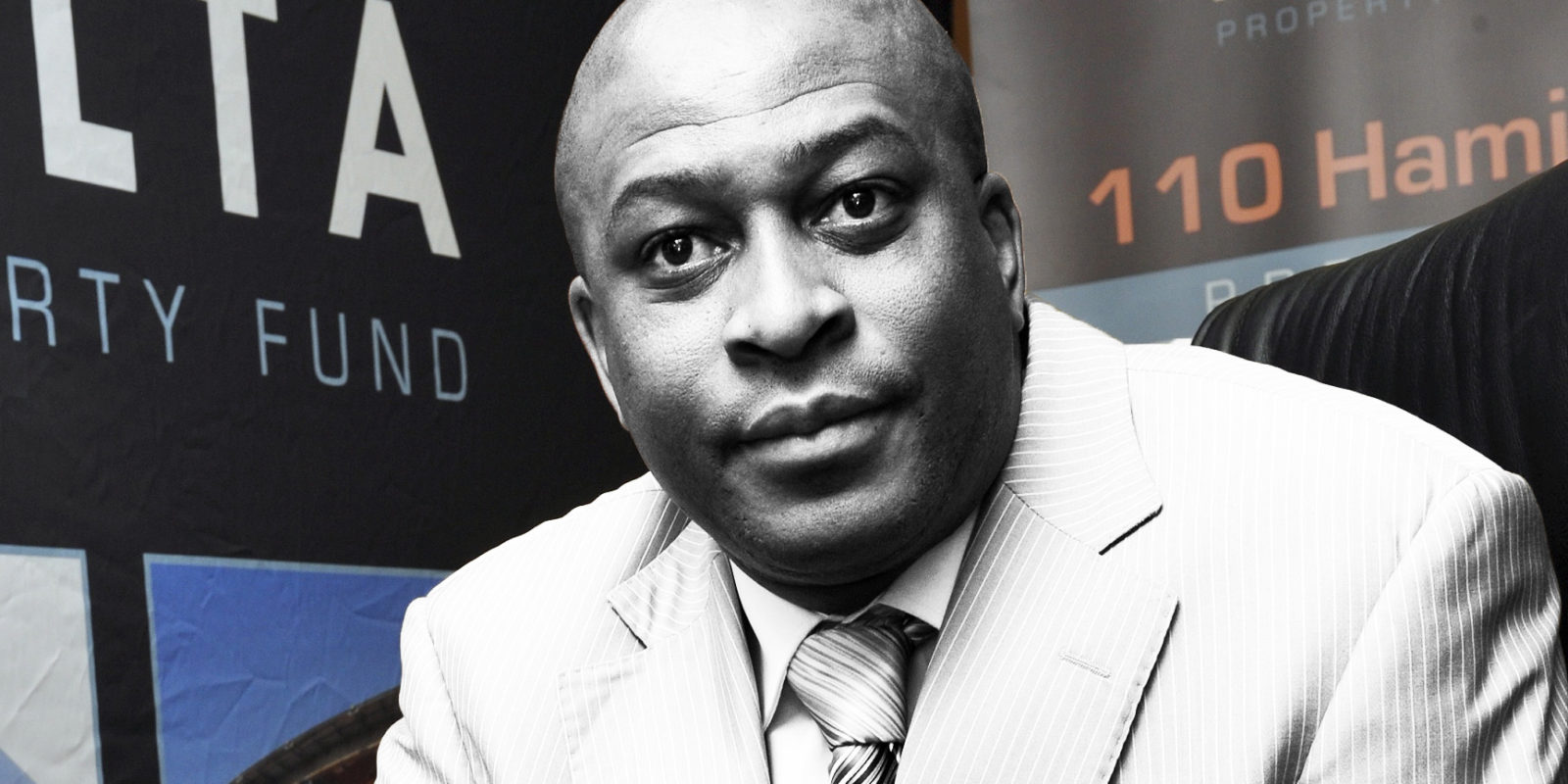 Delta CEO Sandile Nomvete and Rebosis CEO Sisa Ngebulana want to resume merger talks after they were aborted in 2014. Both their real estate companies are under significant pressure – but market watchers and investors are happy about the potential tie-up.

In South Africa’s JSE-listed real estate sector, which has a market capitalisation of more than R550-billion, greater size is everything.

A large entity can attract institutional investors – and in the process, boost liquidity to its stock, better manage a balance sheet (even if there is an uncomfortable debt load), and easily raise capital to fund growth initiatives.

These are among the reasons that prompted Delta Property Fund and Rebosis Property Fund to mull a merger, which is set to create an enlarged entity that can ride out South Africa’s stalling economy that has whipped domestic real estate companies.

In a joint statement on Tuesday 6 August, both companies said the due diligence process and discussions with shareholders are yet to start.

Beyond building scale, the potential merger is also about two real estate barons, Sandile Nomvete (founder and CEO of Delta), and Sisa Ngebulana (founder and CEO of Rebosis) joining forces to create a black-empowered entity at a time when racial transformation in the sector remains woeful. This is from an ownership perspective, whereas there is noticeable progress on management control.

If successful, the potential merger will create an entity with a market value of about R2-billion and that operates a more than R20-billion portfolio of shopping centres and offices occupied by government departments.

Delta and Rebosis have been in merger talks before. In 2014, Delta and Rebosis were in a three-way proposed merger with Ascension, which would have created the largest black-owned and managed real estate company on the JSE at the time. The three companies called off merger talks after signing a cooperation agreement, saying it was “not opportune”.

The timing now for the potential merger might be opportune and born out of desperation.

Both real estate companies have seen their share prices decline significantly in 2019, with Delta and Rebosis falling by 59% and 82% respectively.

Delta, which invests mainly in office properties that are occupied by government departments, has been affected by the slow progress of the Department of Public Works (the custodian of government leases) renewing leases for a longer period, resulting in higher vacancies. This is bad news as rental payments derived from concluded lease agreements are the main source of income for real estate companies.

Rebosis has also faced delays in the government signing leases on its office properties. It has impaired close to R2-billion in the value of its UK-focused real estate subsidiary New Frontier Properties, which is on the brink of collapse because it has been grappling with declining shopping centre valuations and Brexit uncertainty. In July 2019, Rebosis sold its remaining 49.4% New Frontier stake for just R700 – compared to the R1.2-billion it shelled out in 2015 to initially purchase a 62% stake in the UK landlord.

In its South African home market, Rebosis has received a drubbing. It has been forced to sell its prized assets to settle debt – the latest being Mdantsane Mall in the Eastern Cape, which is being sold for R512-million to JSE-listed Vukile Property Fund.

Underscoring the debt burden is a loan-to-value ratio, a key metric used in the real estate sector to measure a company’s debt against the value of its assets. For the six months to 28 February 2019, Rebosis’ loan-to-value was 57.1%. Market watchers prefer a loan-to-value of less than 40% because beyond this threshold, a company is at severe risk of missing debt payments and operating a weak balance sheet.

Garreth Elston, chief investment officer at Reitway Global, said the potential merger seems like a positive development for both companies, “especially for Rebosis”. Arguably, without the Delta merger, Rebosis would be forced to sell more prized assets.

Nesi Chetty, a Stanlib senior fund manager, agreed with Elston: “A merger between the two companies makes sense since they both operate in the government sector with some overlap.

“In addition, a merged business will probably unlock some synergies and cost-savings in the short term. The balance sheet should become a lot more manageable for the combined group. The merged entity should have a heavy focus on bringing down loan-to-values.”

Chetty said the merged entity might have a better relationship with the Department of Public Works, resulting in long-term leases being signed. “An improvement in both the cost of capital and liquidity is expected from the merger.”

The potential stumbling block is the necessary valuation of the companies. Conceivably, that could cause investors to object to the deal and might get in the way of the merger. Delta shares have traded in a narrow range of between R2.52 to R1.74 over the past three months. Meanwhile, Rebosis shares have hovered around between 70 cents and 50 cents. BM