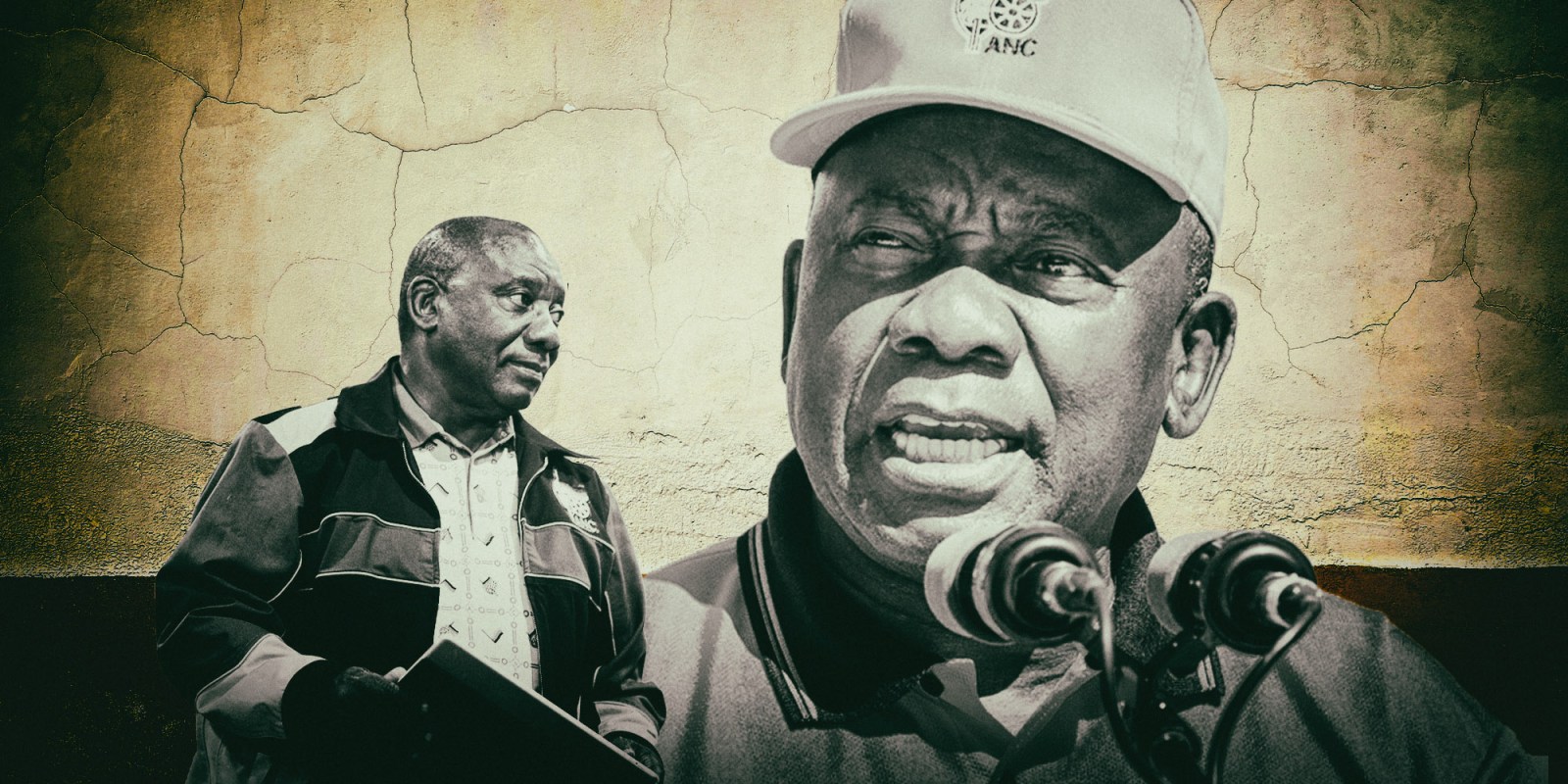 The ruling party has issued a statement defending President Cyril Ramaphosa against claims of wrongdoing. For once the party seems to be speaking with one voice – but appearances can be deceptive.

The saga of the emails that discuss the financing details of President Cyril Ramaphosa’s ANC leadership campaign has been gaining momentum. While he at first denied knowing about certain payments to his campaign, the communications seem to show that he did know at least some of the people who were making donations.

Then, on Tuesday evening, the ANC released a statement in which it threw its support behind Ramaphosa. Considering that almost all of the people in the ANC’s decision-making structures must have known how the campaigns like these were funded, it may well be that the party had no choice here. But, now that the ANC has made this statement, it will be difficult for anyone in the party to use the emails against Ramaphosa.

At the weekend, News24 published a story piecing together the Ramaphosa emails that were by then in the public domain. They appear to show Ramaphosa was lying when he said he did not know the names of the people who had given money to his campaign.

In situations like this around a high-profile person, there is a set of questions that needs to be asked: What did the person know? When did they know it? Can it be proven that they knew it at a particular time? Have they denied it previously in a way that can be shown that they were then lying?

On Monday morning, the Presidency itself started to get its communication machinery into gear. Ramaphosa’s spokesperson, Khusela Diko, did a series of interviews in which she suggested the emails were just “smoke and mirrors”. She said the president was not duty-bound to declare who gave money to his campaign and he had done nothing illegal.

And to be absolutely clear: “We reject any assertion that President Ramaphosa would have lied to Parliament or the South African people.”

Legally speaking, the Nasrec conference took place before the Political Party Funding Act became law. The act itself makes no provision for donations to individuals rather than political parties. This means Ramaphosa has broken no law here.

From a legal perspective, that leaves the question of whether Ramaphosa lied to Parliament, as the Public Protector, Busisiwe Mkhwebane, has found that he did. This will be settled in court, which means a final determination might only be 18 months away (once the various appeals have been heard).

However, the real issue is likely to be a political one.

On Tuesday evening, Luthuli House issued a statement through the office of its national spokesperson, Pule Mabe. The language could not be clearer. The party said it was “not aware of any acts of illegality on the part of a campaign conducted by any leader of the ANC” including Ramaphosa.

It said the “leaked emails are therefore nothing but a calculated manoeuvre to defocus and detract from the immediate task of socio-economic issues”.

The ANC adds that this “is also an attempt to undermine public confidence in President Ramaphosa, whose leadership has been defined by moral and ethical conduct”.

Earlier on Tuesday, Presidency Minister Jackson Mthembu tweeted that those who had supported Ramaphosa during his Nasrec campaign would hold a briefing on Wednesday to clear the air. Then, an hour-and-a-half later he tweeted that after consultations with ANC officials, the briefing had been cancelled.

It is clear that the statement from Luthuli House was the result of pressure growing in the ANC to act.

The statement is important. The party has publicly defended its leader against claims of wrongdoing and made the point that there is no provision in its own rules and constitution preventing Ramaphosa’s campaign from doing what we now know it did.

But, more than that, this may be a moment where the interests of all the leaders of the ANC factions are aligned. It is not in any of their interests for the party to announce there was wrongdoing stemming from Nasrec. All may well have something to hide.

It will be hard for any of Ramaphosa’s opponents in the ANC to use the emails against him. A statement like the one released by Luthuli House can have the effect of binding the party around its leader, just as happened so often during the Zuma years. Unless the situation changes dramatically they will be bound by the statement, that there is no evidence of wrongdoing against him.

The fact that that the ANC has gone on the offensive suggests the party is treating these leaks as against the entire party. This can turn ANC members into supporters of the president against a threat from “outside the party”.

Of course, it would not be overly cynical to suggest the truth could be a little more complicated.

While the ongoing saga is obviously in the interests of the DA (its leader Mmusi Maimane started it with a question in Parliament) or the EFF (which has been using it as a wedge-point against Ramaphosa), it also benefits Ramaphosa’s opponents in the ANC. Those who oppose him may believe it helps them for this saga to continue to receive much airplay.

Tuesday’s statement from the ANC was issued by its national spokesperson, Pule Mabe. The name of ANC Secretary-General Ace Magashule was absent from its usual position on the statement. Reporters who went to Luthuli House for comment were met by Deputy Secretary-General Jessie Duarte instead. In an interview on Tuesday night Mabe confirmed that Magashule was out of the country and in Turkey, and that was the only reason as to why he had not formally issued the statement.

While it cannot be said that Magashule or anyone close to him had a hand in releasing the emails, it may well have been to his advantage that they ended up in the public domain. And those who have had access to the State Security Agency could find themselves under suspicion.

Then there is the moral question around Ramaphosa and the emails.

Here there are three probable groups:

Those who want Ramaphosa removed from power and believe the emails are proof that he is corrupt.

Those who believe Ramaphosa had to confront a multibillion-dollar patronage campaign at Nasrec, and that the corruption now coming to light from his opponents makes this saga small fry. They will say the real issue is that Ramaphosa had to win to save the country.

The last group is those who believe a president should be held to his word. If he said he did not know who contributed to his campaign when he did know, he should no longer hold that position. They will say it is important to hold Ramaphosa to the standards he himself has set. As he has claimed that his presidency is a break from the corruption of the past, then he has failed the standards he set for himself.

Ramaphosa may now believe even his critics in the ANC will have no option but to defend him on the campaign funding issue. Of course, it would be foolish to suggest any battle in the ANC is over, despite appearances. DM