The Michael Komape tragedy is not an anomaly 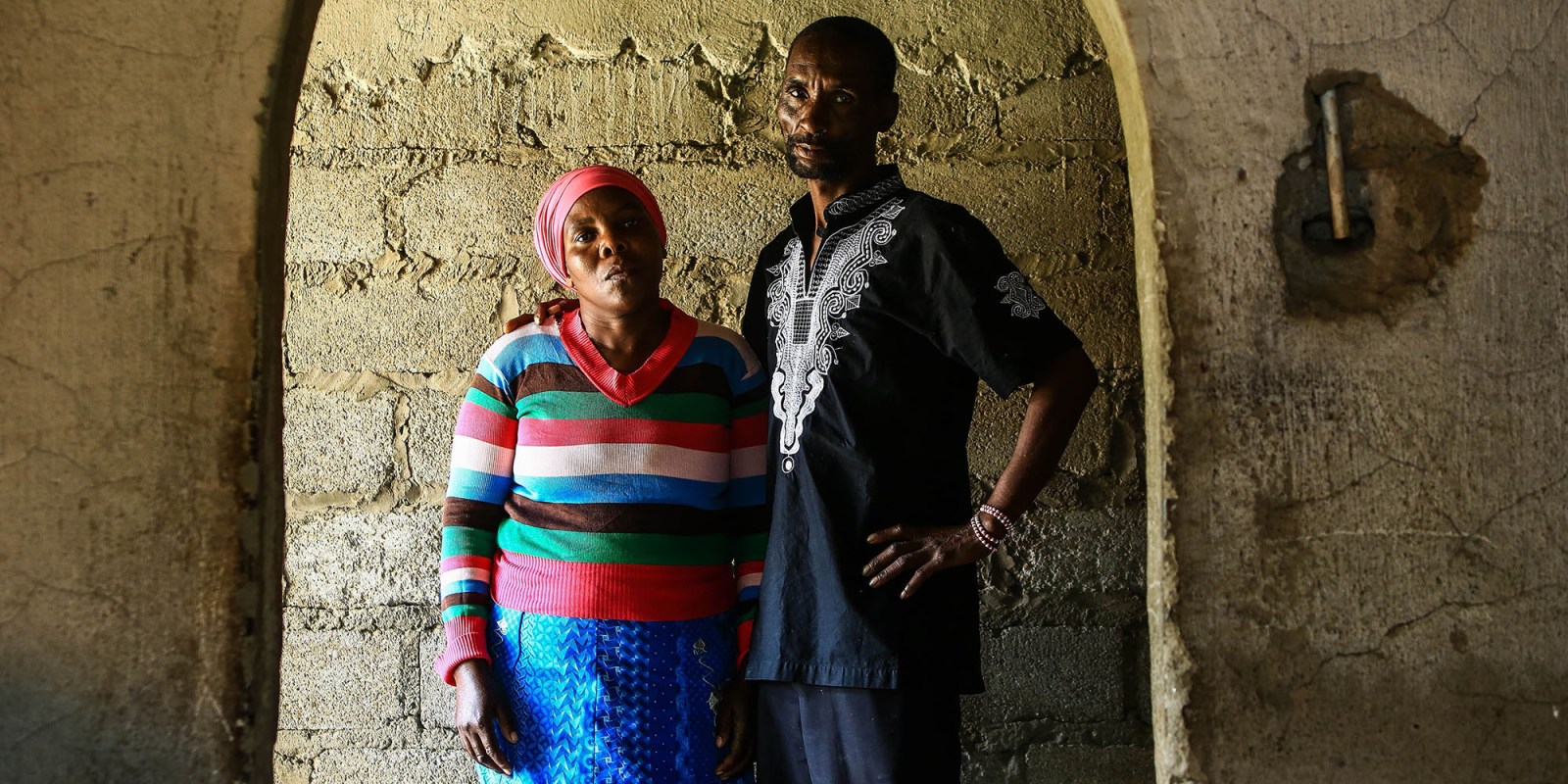 The parents of Michael Komape, James and Rosina Komape, recall the day their son fell into a pit latrine at his school in 2014, during an interview in November 2017. (Photo by Gallo Images / Sunday Times / Simphiwe Nkwali)

On 2 September 2019, the Supreme Court of Appeal will hear a case brought by the family of the late Michael Komape. The case is an appeal against a decision of the Limpopo High Court in Polokwane not to grant damages for the emotional shock and grief suffered by Michael’s family, when their son and brother, aged 5 at the time and a few days into the start of Grade R, drowned in a pit toilet full of human excrement.

Michael Komape’s story has been publicly acknowledged at the highest levels of government.

In his State of the Nation address delivered on 7 February 2019, President Cyril Ramaphosa said: “We recall with deep sadness the tragic [death] of Michael Komape, who drowned in a pit toilet at Mahlodumela Primary School in Limpopo in 2014…”

Giving a keynote address at a Human Rights Day commemoration event in March 2018, Deputy President David Mabuza spoke of Michael’s death in an “undignified manner” in 2014.

MEC for Education in Limpopo at the time of Michael’s death, Dikeledi Magadzi, called the tragedy an “isolated incident” and an act of God.

Discussed in these terms, the death of Michael is framed as a horrifying accident or anomalous tragedy. Devastating, yes, but nevertheless, a terrible deviation from the norm.

Unfortunately, the experience of the Komape family is far from anomalous. Rather, it is the dreadfully palpable consequence of the kinds of danger faced by thousands of school children in provinces like Limpopo every day.

Since the trial of the Komape family began in 2015, SECTION27 has received reports of other children who have been killed or injured by poor school sanitation infrastructure.

At the start of the 2019 school year, Mkhuseli Soai was four-and-a-half years old and just beginning grade R when he was pushed into an open pit toilet by another learner. Thankfully, he was rescued from the pit by one of the school’s employees. It was raining on the day and the water and waste had reached Mkhuseli’s neck by the time he was pulled out of the pit. The rescuer had to climb into the hole and use a pick to retrieve him. He is highly traumatised, is too afraid to return to school, and continues to suffer medical complications from his fall.

Oratile Diloane was only five when he fell into a pit latrine in 2016. He managed to hold on to a protruding pipe to avoid drowning, but he inhaled waste and developed aspiration pneumonia as a consequence of the incident. He remains extremely sickly, has an intellectual disability and must now attend a special school. He, too, remains very traumatised by the incident and struggles to eat or use the toilet in his home as a consequence of his persistent fear.

The parents of each of these children readily gave their permission to have their stories told in a public forum, to advocate for better sanitation conditions for school children because each one is desperate that these kinds of incidents do not befall other young learners.

The Minimum Uniform Norms and Standards, a regulation to the South African Schools Act, state unequivocally that “plain pit … latrines are not allowed at schools”. These regulations were passed into law in 2013.

In 2019, six years since this law was passed, and four years since the case of Michael Komape came to the High Court, there are still at least 3,199 schools across the country which have plain pit latrines as their only form of sanitation. Between 507 and 765 of these schools are in Limpopo. This, despite promises made as far back as 2014 by the Limpopo Department of Education, that pit toilets would be eradicated from the province by the end of that year.

Let’s assume very generously, and for argument’s sake, that the lower end of this range (507 schools) is correct. Assume also that an average school in Limpopo offers 5 grades, teaches only one class per grade, and caters to 30 learners per class. This equates to at least 76,000 Limpopo learners notionally at risk of the same fate as Michael or Mkhuseli or Oratile.

Michael Komape is clearly not a regrettable outlier. The conditions which led directly to his death persist in schools across South Africa, most acutely in Limpopo, the Eastern Cape and KwaZulu-Natal.

The death of Michael Komape should never have happened. He and his family deserved so much better. Could we remember his story as the tragic catalyst for the urgent eradication of plain pit toilets schools in Limpopo and South Africa? Certainly not yet. This eradication has not happened in the five years since his death. It should have. We owe his memory this, at the very least. DM

The appeal in Komape will be heard on 2 September 2019 in the Supreme Court of Appeal in Bloemfontein. This is the first in a series of articles leading up to that hearing.