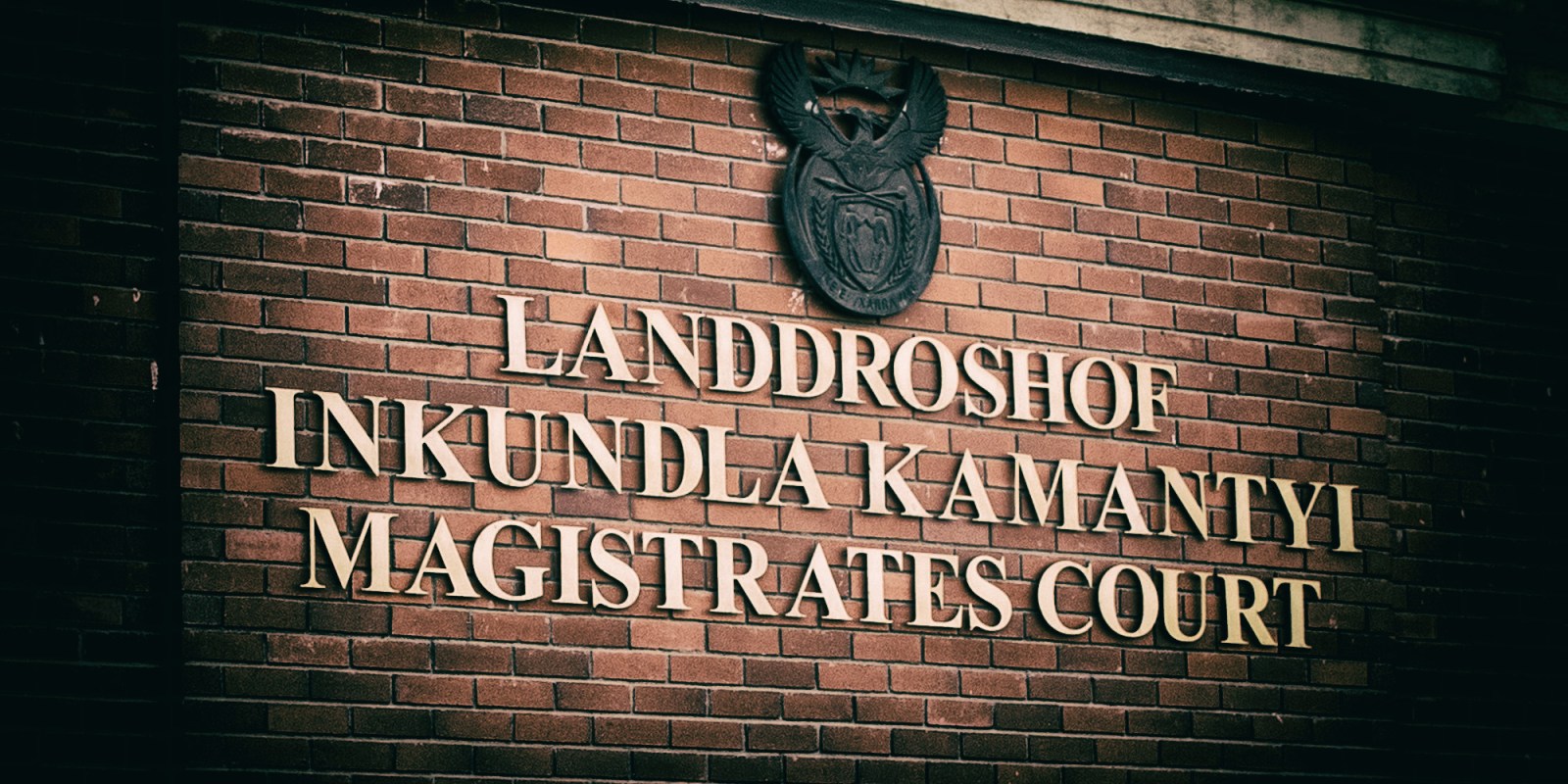 ‘South Africans will continue to feel that the state of justice is poor because of the state of our court buildings,’ says Chief Justice Mogoeng Mogoeng. (Photo: Ashraf Hendricks/GroundUp)

Officials from the judiciary and the Department of Public Works and Infrastructure met on Tuesday 30 July to map a way to address the poor infrastructural conditions of courts in South Africa, which has a knock-on effect on the administration of justice.

South African court buildings are in a deplorable physical state. This reflects negatively on government and the judiciary, as well as their capacity to carry out their functions.

This was the message from the Minister of Public Works and Infrastructure, Patricia de Lille, speaking alongside Chief Justice Mogoeng Mogoeng at a briefing at the National Prosecuting Authority’s offices in Pretoria on Tuesday 30 July.

By hosting the briefing at the NPA’s office, De Lille said her department was trying to make a point that government should cut down on using fancy, privately owned buildings when there many underused government buildings that can accommodate their meetings.

De Lille said this joint venture with the judicial wing of state was the beginning of an effort to create a better image of government in the public eye. She said the Department of Public Works and Infrastructure (DPWI) would also meet representatives of the SAPS and the Department of Home Affairs in an effort to ensure that these two facets of government also have infrastructure representative of the work they do.

The minister said she knew of a magistrate’s court in Johannesburg where a lift has not been working for 10 years, before pondering what such a seemingly minor inconvenience could mean for someone in a wheelchair attending a matter on the first floor or higher. De Lille said such an experience was “the subjecting of our citizens to a secondary trauma in the wake of violent crime”.

Deputy minister Noxolo Kiviet stressed the need “to find an urgent solution to the struggle facing our courts. At this point in our democracy, we cannot still be talking of struggles with regards to access in our courts”.

De Lille emphasised that a lack of funds should not be used as a reason for lack of maintenance.

Chief Justice Mogoeng said there needed to be more consultation between DPWI and the judiciary, adding that sometimes when maintenance occurred, people from the executive arm of the state commission structures that are architecturally flawed and impractical for judicial function.

He cited the example of a court in Palm Ridge, which, he said, was built without consultation, and now has many unoccupied rooms. He questioned the logic of building a brand new court which has become a “white elephant” as opposed to refurbishing old buildings.

“Many court buildings don’t have functioning back-up generators. Whenever there is a power outage we have to halt a case, which creates an even bigger backlog to the one that exists in the judiciary.”

De Lille noted that a “lack of capacity has become an excuse for inefficiency”, adding that her department had introduced standard operating procedures with outlines, as well as contract management.

The chief justice also called for a review of how tenders are awarded, saying it often appears they are given to unqualified people. He gave an example of this: “The roof was renovated in the highest court in the country. The rain came and it was reported that the roof is leaking.”

“South Africans will continue to feel that the state of justice is poor because of the state of our court buildings.”

De Lille said they would get the ball rolling soon by “hitting the ground sprinting”. She said the DPWI would introduce monthly court inspections to ensure South Africans get the quality experience due to them in public spaces and to restore their faith in government. DM