#JustMen explores how men can do better in South Africa

#JustMen explores how men can do better in South Africa 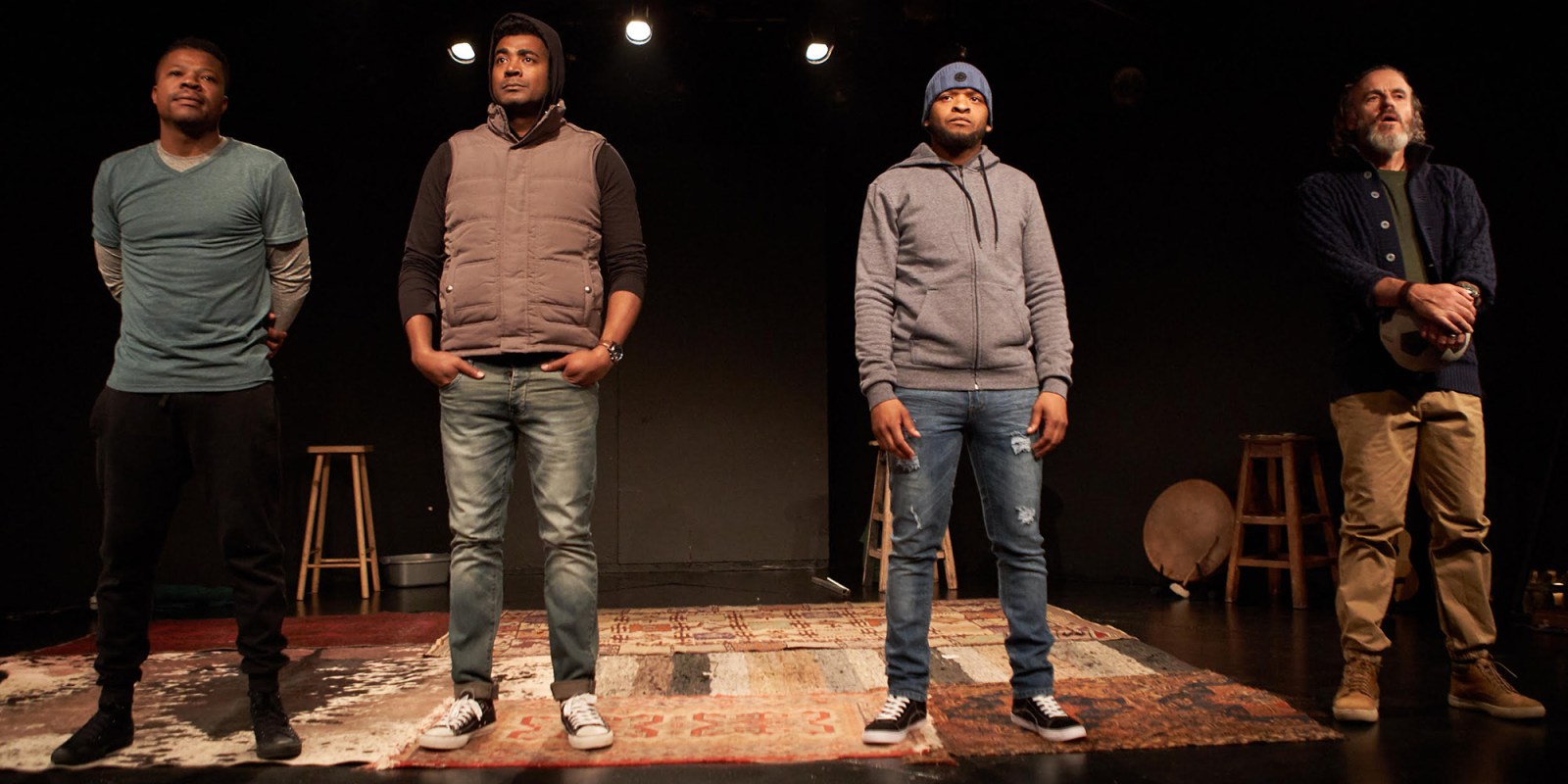 A docu-drama that explores how men are complicit in gender-based violence in this country challenges men to take responsibility for their actions and commit to doing better. Daily Maverick caught up with Heinrich Reisenhofer, the director of the play ‘#JustMen’.

“As a man, I am responsible for gender-based violence and rape culture. We won’t be able to change anything without owning it”. This is how Heinrich Reisenhofer starts the play, #JustMen.

Four men are on stage. Thando Doni, Peter Christians, Loukmaan Adams, and the play’s creator, Reisenhofer. They all share their stories of how they’ve witnessed masculinity as black men, as coloured men, as white men, as Muslim men but most importantly as men who live in a country as violent as South Africa.

Not all of the men are professional actors. Reisenhofer was interested in finding men who were committed to doing men’s work, which is work that helps men become better either through men’s groups or workshops that discuss holding men accountable for their behaviour.

Christians also works at Pollsmoor prison as a facilitator in the Alternative to violence project. Doni and Adams have been in a few other theatre productions. Prior to starting rehearsals, the men did what Reisenhofer describes as “process work”, where everyone had to confront their complicity in toxic masculinity and how it shapes who they are as men and as actors.

Reisenhofer, who is also a spiritual life coach and a facilitator, tells the audience that the stories that are going to be shared “are real, they may be upsetting, they may be triggering”.

Much like a homeowner who invites guests into their house, Reisenhofer plays a similar role. He shows audiences that the house that we’ve all built is made of violence, poverty and toxic masculinity.

Reisenhofer tells the audience that #JustMen is about “creating a safe environment for men to show up in a particular way”.

Reisenhofer says he went into theatre to transform, “it comes from my mother, she was always a woman who had the desire to transform”.

The play is about how masculinities intersect with religion, culture and manifests in homes and communities.

Reisenhofer says, “you know when you see something traumatic and you hold your breath in? it might be like that, but I’d like to remind you to breathe”.

At the end of an intense 70-minute show, Reisenhofer opens up the space for the audience to share their thoughts.

The play has been described as an “honest and empowering docu-drama by men and for men”.

Initially, Reisenhofer wanted the show to be open to men only, but “everyone said it wouldn’t work if it’s not comedy or not sport, they (men) are not going to come, they’ll only come if they come with their wives or if they’re brought by somebody”.

When the show was on production for the first time last year the post-show discussion was separated by gender. This year Reisenhofer thought it was important to switch things around and have the audience stay in one room and share their thoughts because he thinks “there’s been a shift in men’s awareness of gender-based violence and I think it’s important for men to hear women’s voices”.

This is a good point because it forces men to listen to how women have been harmed by men but also how men have also been hurt by other men. Reisonhofer’s play brings to the fore the crisis of masculinity and how important it is to re-imagine what it means to be a man. DM

#JustMen is on at the Baxter Theatre until 3 August 2019.