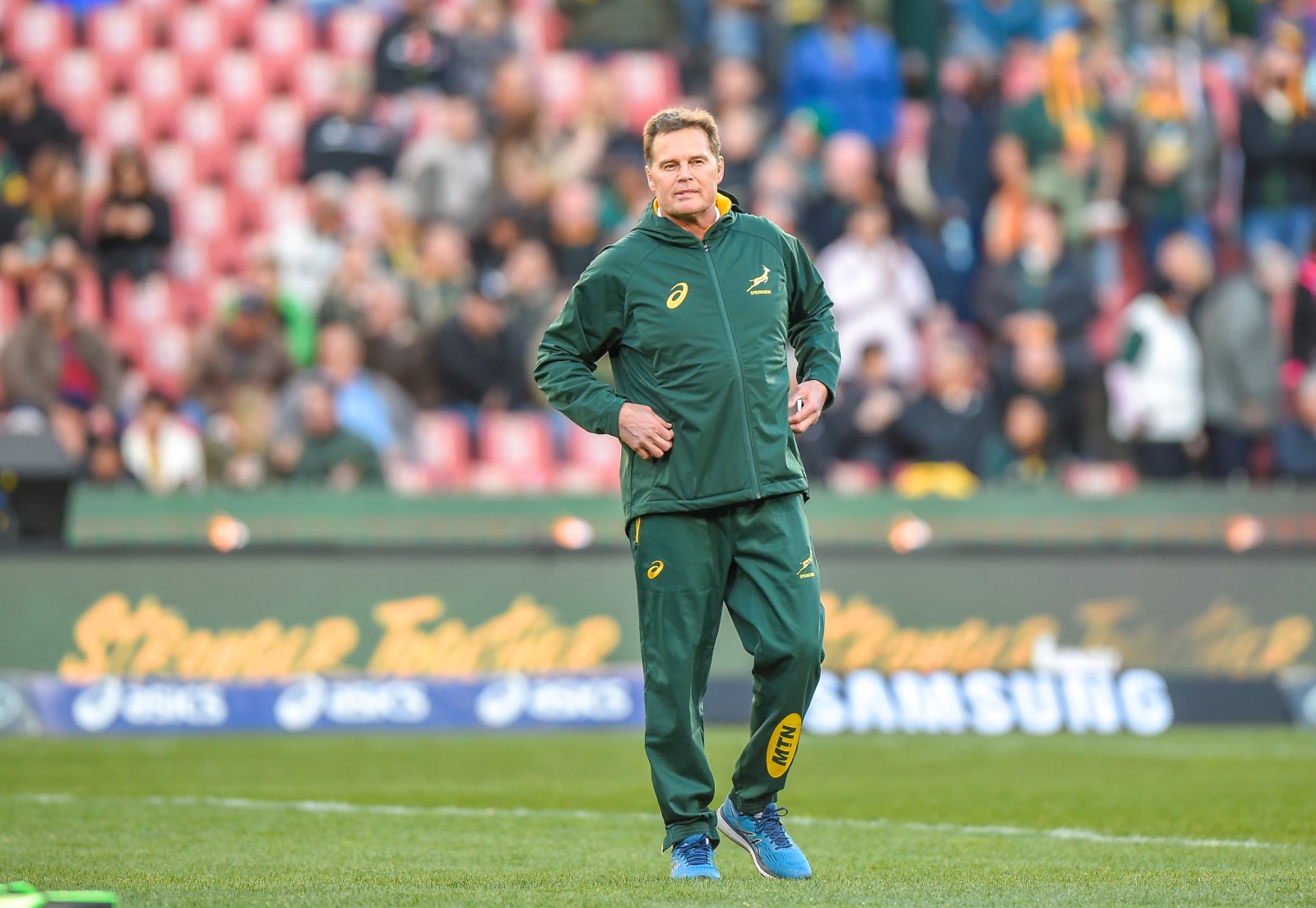 Saturday morning breakfast are best served with a rivalry between New Zealand and South Africa playing out on our screens. Here’s what week two of the 2019 Rugby Championship holds in store.

It might not be the most glamorous job in the world, but if an industrious entrepreneur is looking for ideas, there’s good money to be made in being an audio smuggler.

No, not the clandestine sort that illegally taps people’s phones – the old school sort that sticks a microphone in front of somebody’s face while asking questions.

In this modern world where everything is infinitely accessible and everyone is media trained to the point of being able to audition for the remake of The Stepford Wives, you’re not looking for what people are saying – but rather what they’re not saying. Those morsels are difficult to find when you don’t have somebody hovering around and listening to all conversations within earshot.

If you’ve just woken up from an Allister Coetzee induced slumber, welcome. It’s a brand new world. The Springboks are preparing for a crunch match against New Zealand and, whisper it, they have a chance at perhaps even winning… in New Zealand.

So sifting through Rassie Erasmus quotes and press conference becomes a bit of pastime. Does he think the Boks are favourites? That they might win? Yes and no. After South Africa beat Australia at Ellis Park in the opening fixture of the 2019 Rugby Championship, most telling was how quick the Director of Rugby (not the coach, please) was to note that it was “not a world-class performance”.

He repeated that line in the post-match press conference and has been singing from the “we have nothing but respect for New Zealand, the number one team in the world” hymn book ever since.

He was briefly caught in the maelstrom of how close the last few matches between the two teams have been and how you have to take Lady Luck on a date when she comes around, but he hasn’t come out swinging. Partly because it’s not his style. Mostly, because he has bigger fish to fry.

Teams aren’t exactly clandestine about the fact that they’re using the Rugby Championship to test their depth ahead of the World Cup, but it’s a new territory for South Africa. It’s hard to remember when last – if indeed ever – there was a coach so brazen and bereft of fear that he’s happy to chuck players some might consider rogue into a match as big as the one in Wellington this weekend.

In times gone by, it often felt as if though things were tried for the sake of doing so. Now, even when a player like Kwagga Smith – who some feel isn’t quite Test match standard – gets dropped into the mix, it’s more about reading between the lines than reading the quoted lines.

And, in a way, Erasmus is also testing the depth of expectation. He’s already beaten New Zealand on their home turf once. Even with history and South Africa’s record against the All Blacks considered, there is an expectation. What the Director of Rugby is not saying about that expectation is how that all fits into the grand scheme.

Elsewhere on Saturday, Australia and Argentina will be slogging out their own combination conundrums. While the Wallabies are surely favourites, Los Pumas can take confidence from the way they held the All Blacks over the opening weekend and from the way Australia lost against South Africa.

Nobody really likes making predictions. Sport is silly, silly things happen. Even the most wizened hacks struggle to maintain neutrality. But we can’t exactly write a headline that includes the word prediction and then not make one. Sometimes, you just get the feeling something special might happen and no matter how hard you try, you cannot logically articulate that reason. Perhaps it’s the Rassiephoria, but we’re backing to the Boks to clinch this one, or lose, just.

History dictates that the Wallabies will win. All things considered, including the trek Argentina had to make for this fixture, backs that up. Australia to win by five.

Results will update in the widget above. DM