‘He will shoot me,’ says Free State farmer of unnamed MP implicated in Estina scandal 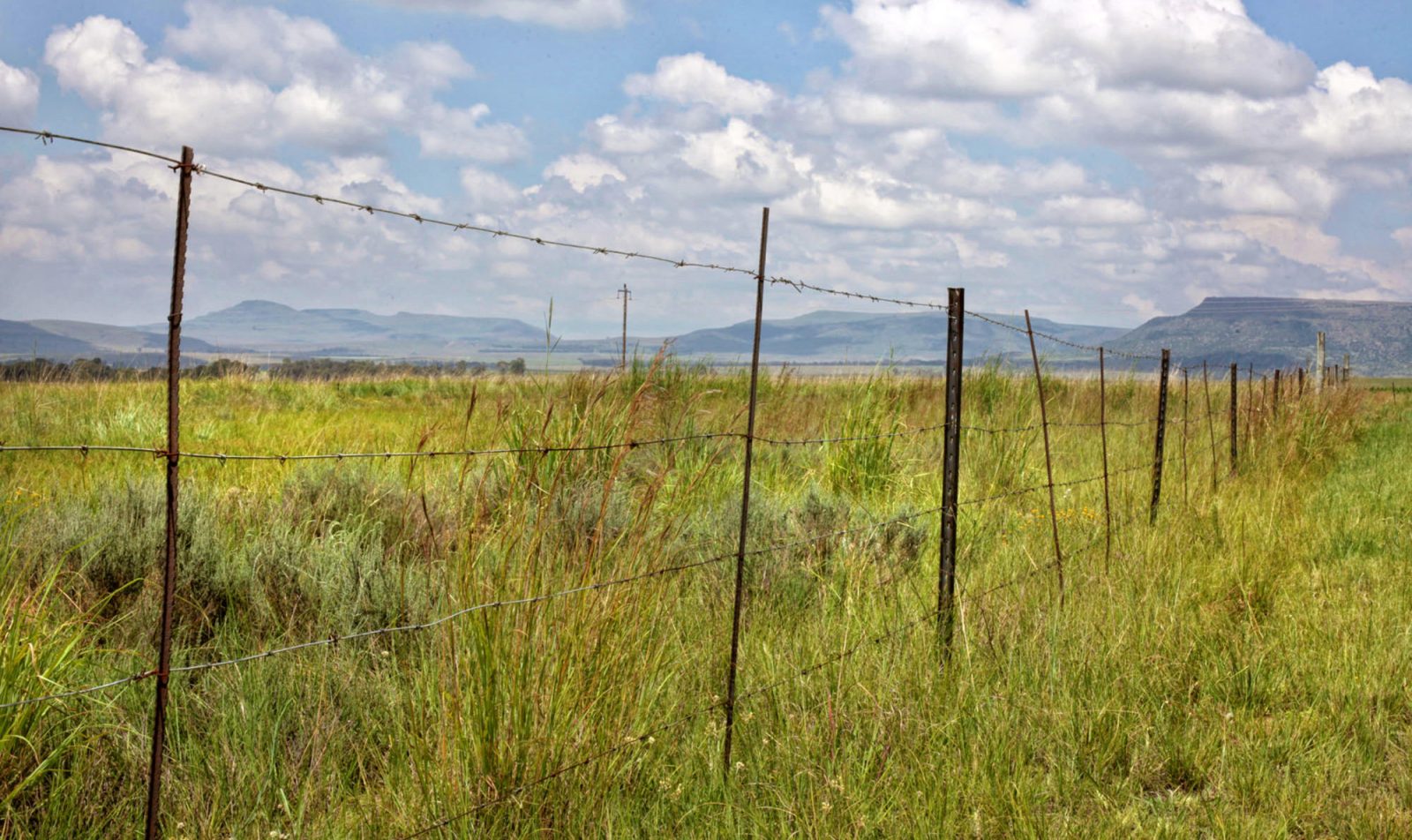 UPDATE: On Friday afternoon,  the Zondo commission announced that president Cyril  Ramaphosa is willing to appear before the commission, “if and when he is needed” to do so.  Ramaphosa’s affidavit, in the meantime –  relating to any ties with Bosasa and the Gupta famil businesses –  was released to the public. Here it is: Affidavit- President Ramaphosa

The Guptas’ grand cash cow at the Vrede dairy farm began on the back of political machinations by former Free State premier Ace Magashule and then agriculture MEC, Mosebenzi Zwane, as well as a container load of scrap metal used to construct the boiler at a processing plant for milk, yoghurt and cheese, the Zondo Commission of Inquiry has heard.

The project, which extracted hundreds of millions of rand out of government – part of which allegedly helped the Guptas to fund their 2013 Sun City wedding – resulted in not a penny filtering down to emerging Black farmers; and the suspicious deaths of critics thereof.

The project also boosted the coffers of Willie Basson, one of the richest white farmers in the region. Following frightening allegations of intimidation, threats and murder by several witnesses this week, Basson, a long-time contractor on the project, told the Commission: “What I can say is that two of those who took the money for the Guptas, they sit in Parliament. I can tell you now (who they are), but am not sure if I am allowed to mention names on TV.

“One of the guys fled from the police because of the Estina scandal and now he is back in Parliament.

“I can give you a name but have to make sure I can prove it. Else he will shoot me. I have insight into many things and I know many people who told me things. Those are people that would not lie to me.”

Basson told the commission he would have to revert to his sources in the Free State to prepare a formal supplementary statement about those claims as well as information about others that had corruptly benefitted from the project.

The project, he said, was a mess from the day he first encountered it.

“It’s rotten in this place and we work with them, so we know.”

He testified how, when he and his crew unpacked the metal for the boiler from containers that arrived from India back in 2012, the rust was literally dripping from it like “fish scales”.

This suggests that some of the material was in fact second-hand scrap brought from India, Basson told the commission on Friday morning.

“That’s the truth. I was there when it was taken out. I told my staff, look here, the metal is falling about like fish scales.”

Right from the onset, around 2012, when he first arrived on the farm to help with the part of the construction, he saw starving cows.

“You could see the ribs on the cows, that’s how you can see a malnourished animal.”

He saw dead cattle lying about, some carcasses floating in nearby water, but when he asked the Estina point man on the farm, CP Prasad, about this, Prasad seemingly didn’t know.

“I told him the animals were starving. He said, but they were grazing on the grass, then I then told him the grass, at roughly 10 to 15cm high, was okay for sheep, but not suitable for cows.”

Basson told him to arrange food for the animals, “not tomorrow, but immediately”.

But Prasad told him there was no money and asked Basson if he could help.

Out of pity for the suffering animals, he arranged around R1-million worth of food.

“It was so bad that I sent six of my trucks offloading feed day and night and then only did it start getting better.”

Scores of animals died over a period of time before the situation improved.

“I buried about 100 cows there,” Basson testified.

“I had warned him there was not enough grass, but he didn’t take note of that.”

Prasad, he said, was clearly clueless about farming.

This dairy project was billed a flagship government project, sold as a grand scheme to uplift and develop emerging Black farmers. It continues to haunt South Africa as a report by Public Protector Busisiwe Mkhwebane has since been set aside by the High Court, having been found invalid and unconstitutional.

Key among the flaws in the public protector’s investigation was that she had failed to interview the victims of the “scam” until after her report was released in February 2018, and neither did she interview politicians who had been implicated by various witnesses.

What began with an announcement by Magashule in his State of the Province speech in February 2012 was followed by a series of questionable decisionmaking at the Free State Department of Agriculture among others, that resulted in a partnership between the the Gupta-linked company, Estina, and the Free State government.

Testimony earlier in the week confirmed previous media reports, including that:

Testimony also revealed how Albert Oupa Radebe, a local Black farmer and vocal critic, had found himself intimidated, pepper-sprayed and threatened by a group of men whom he described as Zwane’s “enforcers”, one of them allegedly telling him that the ANC was bigger than him.

Basson’s appearance at the commission came after a week of extensive testimony by a number other witnesses, among them leader of the DA in the Free State, Roy Jankielsohn, who filed several complaints about the project to the Public Protector over the course of several years.

The project, Basson said, was doomed because those responsible for running it had no knowledge of farming.

He said it is in the same state today as it was several years ago.

Basson says his initial engagement with individuals on the farm involved “Guptas” but said he did not know their first names and that they were not the notorious Gupta brothers that regularly feature in the press.

Basson is a businessman with significant government contracts across various municipalities in the Free State. He said he continues to do repair work on some of the tractors from the dairy under a three-year maintenance contract. The project was taken over by the Free State Development Corporation once Estina packed amid the scandal.

Basson says when he visited there earlier this week, he was told there were roughly 300 cows while he estimated the initial number to have been about 500 when he first started maintenance work there.