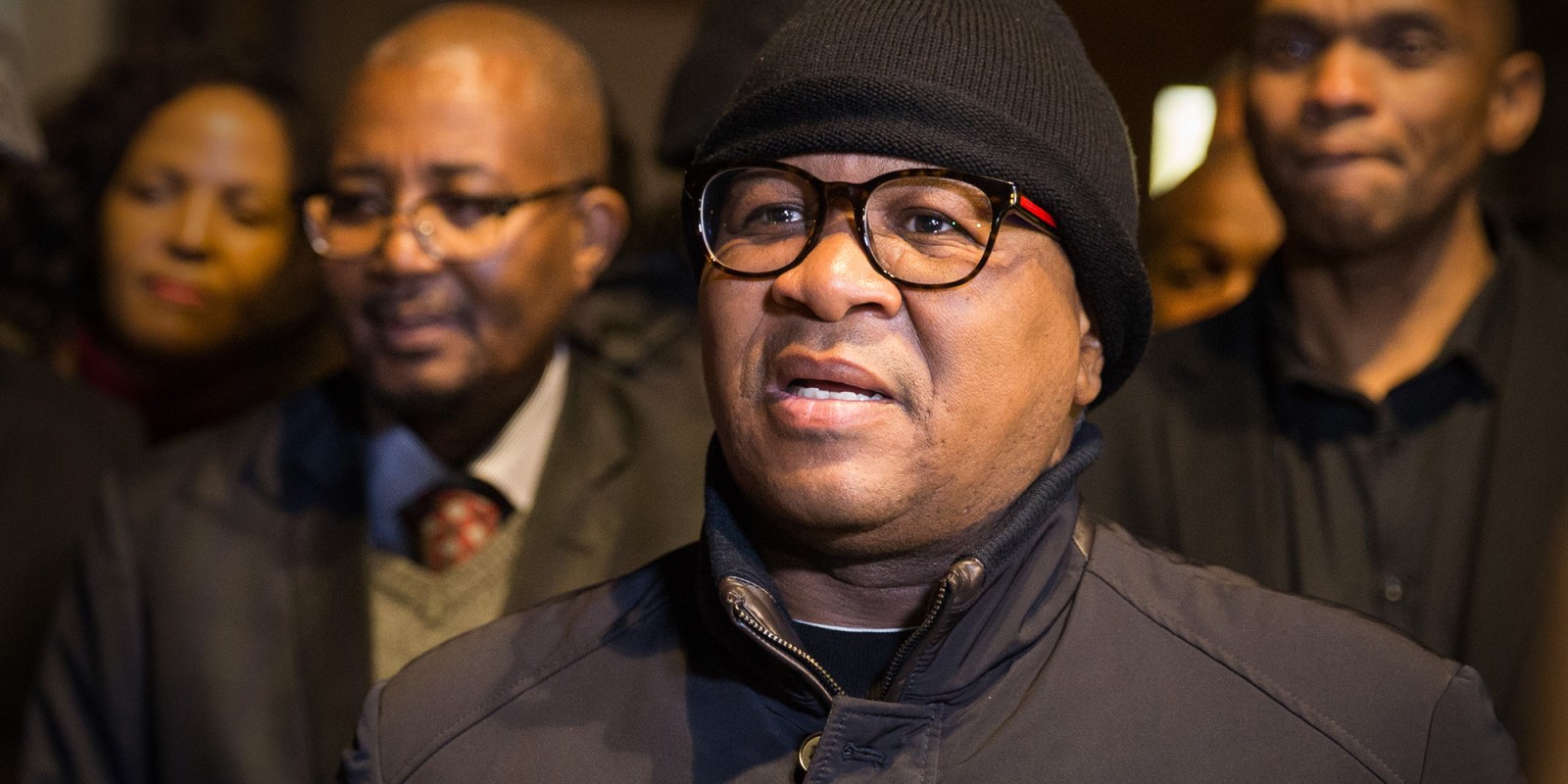 The War Room for the Passenger Rail Agency of South Africa will be set up soon and commuter safety is being made a priority, says Transport Minister Fikile Mbalula.

There will be 10 new trains on the Cape rail network within Transport Minister Fikile Mbalula’s first 100 days in office, Mbalula told a press briefing in Parliament on Wednesday 24 July.

“We are ready for Western Cape,” said Mbalula, who announced the new trains would be operational when he and his officials return to Cape Town in the “next two to three weeks”.

At Wednesday afternoon’s briefing, Mbalula made a number of promises, including that the instability at Prasa board level will be settled soon — including the appointment of a permanent board — and that the ongoing Gauteng e-tolls drama and Cape Town’s MyCiti dispute will also be resolved within 100 days.

But Moemi’s appointment was overshadowed as issues around the Passenger Rail Agency of South Africa (Prasa) quickly became the main topic.

The establishment of Mbalula’s “war room on Prasa” will be configured soon as part of his department’s intervention at the embattled entity. The war room will focus on bringing stability in three key areas: security and safety, technical engineering and the refurbishment of trains.

“Passenger safety is sacrosanct and we will not tolerate behaviour that places the lives of innocent women and children and other commuters at risk,” said Mbalula. He confirmed he would be signing a memorandum of understanding soon with the police minister to outline basic safety training of security personnel at Prasa. Additionally, 80% of these security personnel would be directly insourced, said Mbalula.

His announcement comes on the eve of a one-day national strike by the United National Transport Union (Untu), led by its mother union, Fedusa.

The union is calling for army deployment on the rail system, the re-merger of Prasa and Transnet, and for Prasa to adhere to the provisions of the Occupational Health and Safety Act, which gives rights to a safe working environment.

Among the Untu and Fedusa demands are for the provincial and national human settlements departments to relocate settlements that are either on railway lines or situated too close to the lines.

Mbalula said Prasa staff would take part in the strike, but he could not give the final estimates on the numbers involved. He said the department would work with law enforcement to monitor the strike, should there be any incidents on the day. DM