Time’s (literally) up for the Chief Justice and the s... 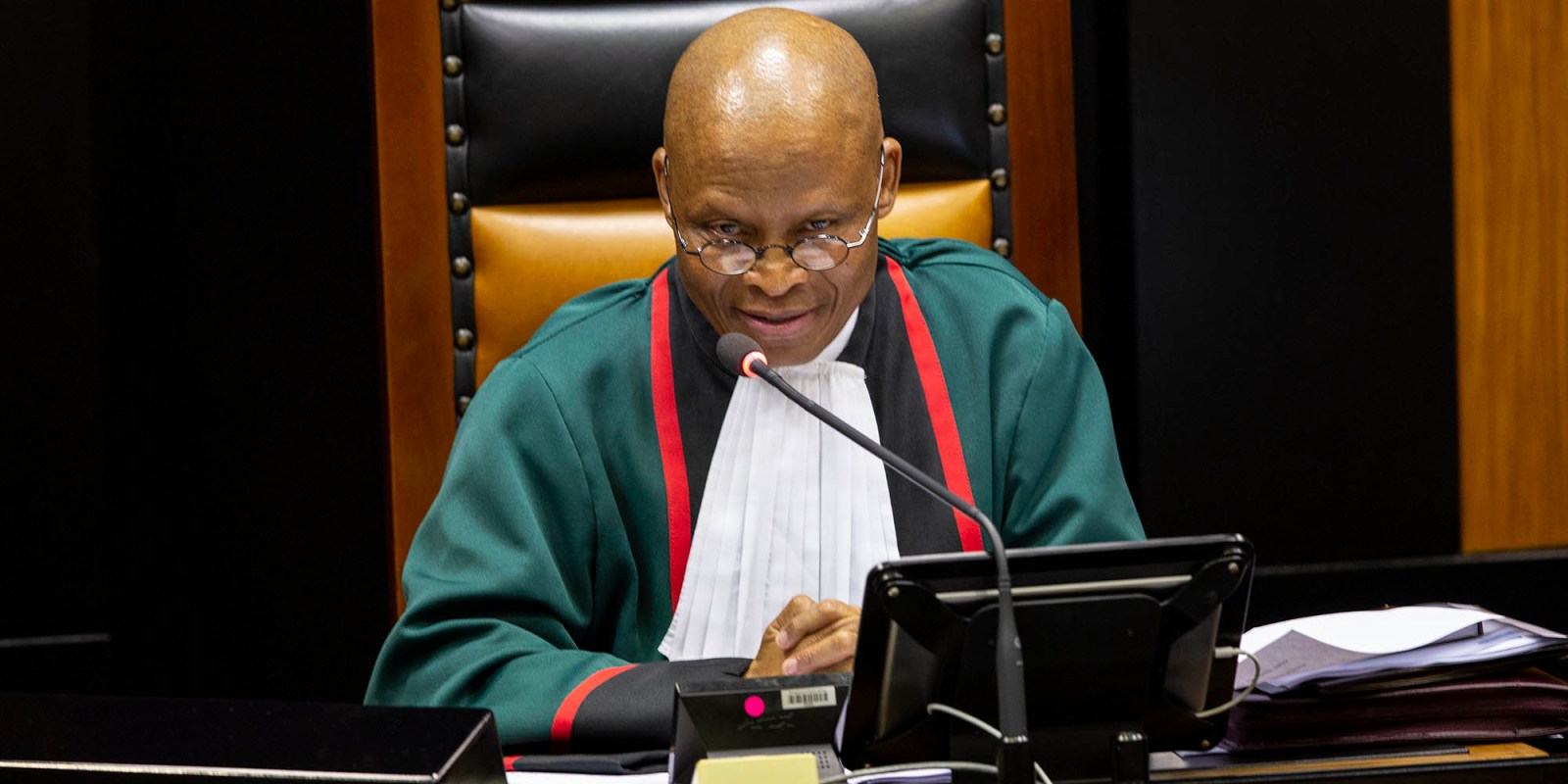 The necessary changes to the law to bring into being specialised sexual offences courts are sitting on the desk of Chief Justice Mogoeng Mogoeng.

Speaking at a 67 Minutes leadership talk to commemorate former statesman Nelson Mandela, Chief Justice Mogoeng Mogoeng said resolving the country’s key challenges required everyone to reflect on how they could contribute towards the eradication of corruption, crime, unethical leadership and poor governance.

“Things have gone wrong and we were watching. We were too concerned about our careers, our money-making opportunities and possibilities to ascend to positions of leadership, more than we were about the plight of the suffering masses of SA, Africa and the developing world,” Mogoeng said at the event hosted by the People Matter Foundation.

The role of the Chief Justice in leading the court during the Zuma years is universally praised. After concerns that he had been appointed to be a Zuma yes-man, he led the court without fear or favour through some dark times.

Now, in these less extraordinary times, we have perhaps less dramatic, but extremely important issues that rely on the Chief Justice again.

However, this version of Section 55A never came into operation. In 2016, a new draft of Section 55A was introduced, attempting to do away with exclusive sexual offences courts. After direct engagement from the Rape Survivors’ Justice Campaign (RSJC) and others in the sector with Parliament, the executive and the judiciary, Section 55A was redrafted to safeguard the exclusive nature of sexual offences courts. This version was signed by the president in August 2017.

RSJC knew that Section 55A would still not come into operation without the necessary regulations, so we began the push for the draft regulations relating to sexual offences courts to be released. After these were released for public comment in December 2017, civil society has actively engaged with the Department of Justice to craft regulations that will give effect to the intention of sexual offences courts – to limit secondary trauma and to support survivors when they have to testify.

And so, for the many survivors that access the criminal justice system daily and who have to testify in courts where the necessary support systems are not in place, perhaps justice delayed really is justice denied.

The Chief Justice must lead us on this issue. DM

Jeanne Bodenstein is advocacy co-ordinator at Rape Crisis Cape Town Trust and co-ordinator of the Rape Survivors’ Justice Campaign (RSJC) which advocates for the planned and funded rollout of sexual offences courts.

Alison Tilley is head of advocacy and special projects at the Open Democracy Advice Centre.