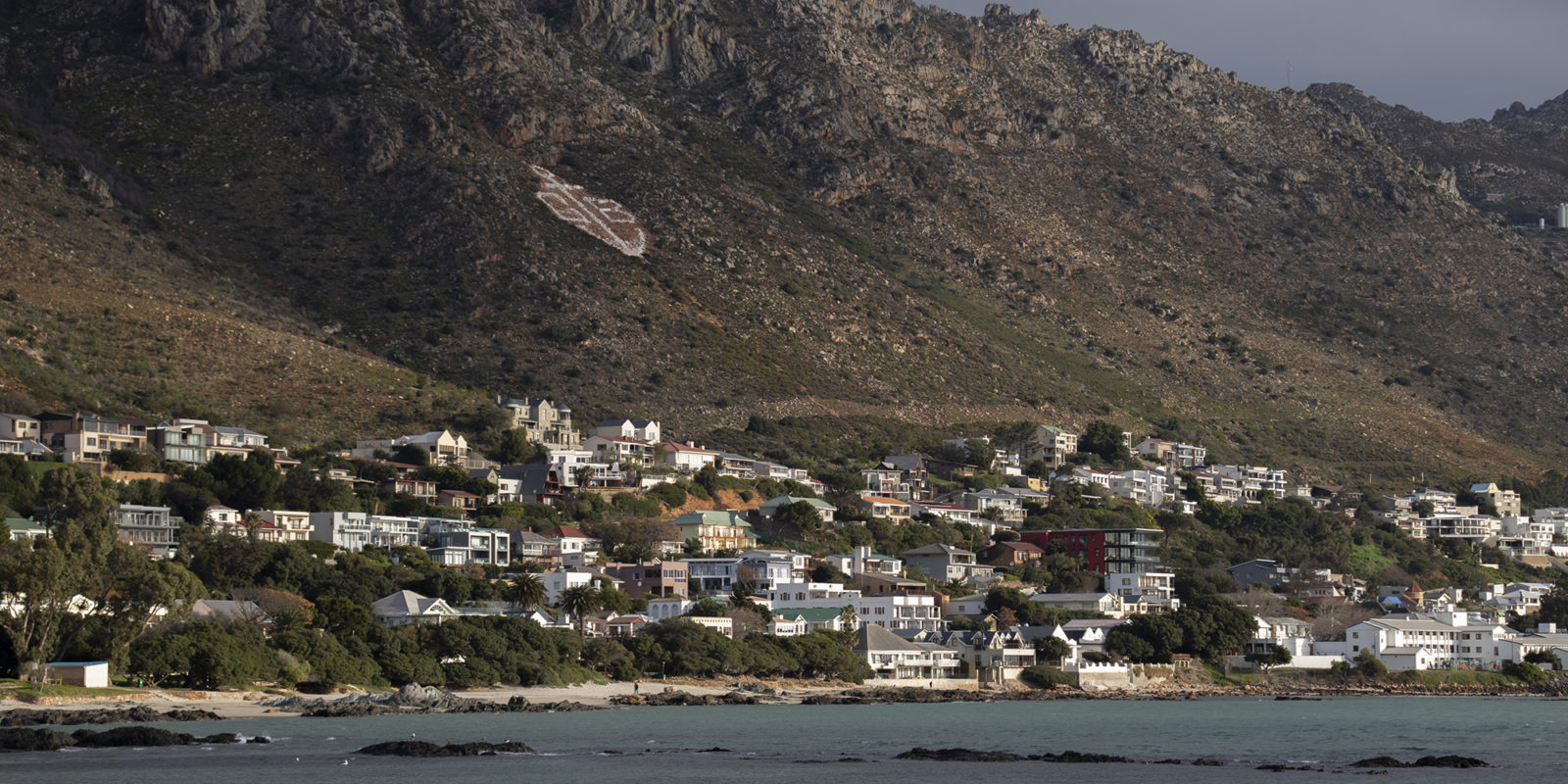 There are no institutions for Muslims or mosques in Gordon’s Bay, Western Cape, leaving very few options for community places of prayer. (Photo: Aisha Abdool Karim)

Muslim residents in Gordon’s Bay have been trying to build the harbour town’s first mosque since 2014. Now that they have received approval from the City, a further appeal has delayed the process again.

Before the land could be rezoned, the proposed building received 134 objections and one letter of support. In the meantime, the Muslim community must find alternative spaces to pray in.

There are rows of apartment complexes lining Mariner’s Way in the quiet coastal town of Gordon’s Bay, about an hour’s drive from the Cape Town city centre. At the bottom of one of these complexes is a row of shops: local supermarket Mariner’s Superette, a second-hand store, a laundromat, and a take-away restaurant. The space behind these stores used to be a warehouse, but for the past six years has been a prayer space for the Muslim community of Gordon’s Bay.

The entrance to this space is located through a rusted gate that leads to the refuse collection area. Residents must walk past rows of garbage bins and avoid a pothole-riddled pavement to reach a back door with a shaky wooden pallet placed in front to make it accessible when the alley floods during the rain.

Immediately inside the door in a narrow corridor is a row of cracked plastic chairs in front of taps lining the wall that make up the washing area. At the end of the corridor is a set of five stairs leading into the shoe storage area, a room not even big enough for 10 people to stand. This leads into the carpeted prayer section. There is another row of plastic chairs lining the back wall of the room for elders to use while praying. Two whiteboards are mounted on the walls.

One whiteboard has lessons for the religious classes taught in this space and the other holds a schedule of prayer times for the day and two sketches of building plans. These plans depict the initial design for the mosque that the Gordon’s Bay Islamic Society has been trying to have built since 2014, and which has faced yet another delay to its construction.

“Basically Gordon’s Bay is a town which has no institutions for Muslims — there are no mosques, no facilities whatsoever,” Islamic Society chairperson Cassim Peer told Daily Maverick.

“We are at the moment around 80-100 Muslim families who live here in Gordon’s Bay and for all our religious needs we have to go to Strand, which is where the mosque is.”

In 2014, the Islamic Society bought a piece of land, roughly 2,700m2, on which to build a mosque for the area, about two streets from the converted warehouse now being used. The land cost about R1.2-million. The money was raised from various community members, not just within the Gordon’s Bay community, but also from external donations.

The land, which is near the Gordon’s Bay Spar and Woolworths, had been zoned for commercial and residential use. This meant that in order to build the mosque, it would need to be rezoned for community use. The Islamic Society submitted the rezoning application shortly after purchasing the land and after more than 130 objections were collected from the community, the hearing on the application took place in April 2019.

“That’s where we hit the first snag because there were about 135 objections from the local community,” said Peer.

“One of the main issues they raised was the call to prayer — and we had decided earlier on because we didn’t want to in any way infringe on the rights of people in the neighbourhood and because the majority of the people in that area were not Muslim, that we would not be using the amplifiers for the call to prayer.”

Another issue raised was concerns around parking, given how narrow the streets are. While the mosque design met regulations and provided the required number of bays, there were objections that this would not accommodate enough people. The Islamic Society took this into consideration and agreed to expand the parking to include 40 parking bays with an additional two disabled parking bays.

“Many of the objections received related to concerns regarding noise levels. We can confirm that the applicant specifically undertook measures to ensure that the mosque will not be a noise nuisance.”

“The MPT considered the site to be ideally suited for religious institution purposes due to the fact that there is a public open space across the road; the site is currently vacant and considered as a derelict site in need of development and there are no parking issues. The objectors have a right to appeal the decision taken by the MPT.”

The Gordon’s Bay Residents Association was one of the initial objectors. However, after the recommendations put forth during the hearing and the concerns were addressed, the residents association withdrew its objections and fully supported the construction of the mosque.

“As far as the residents association was concerned the call to prayer was a problem; they’ve answered that problem,” association chairperson Edwina Hadfield told Daily Maverick.

“We were involved with the appeal for the rezoning. It’s since the rezoning that further appeals and further objections have gone in and we are not involved in that.”

An additional comment raised by the residents association was with regard to the design of the mosque. The initial proposed design was more traditional, which was modified in order to comply with certain changes that had to be made. Peer said it had been expressed that “the original mosque design reflected the Muslim identity more” and with the changes, it now looked more “commercial”. The Islamic Society has since met with the architects of the proposed mosque to alter the design to be closer to the original concept.

Since the rezoning was appealed, most objections have been withdrawn. However, two residents in Gordon’s Bay are still objecting to the construction of the mosque and have applied to appeal the rezoning. Both the Islamic Society and residents association are aware of who these objectors are, but declined to make their names public.

The Islamic Society said it had reached out to the individuals directly to try to set up a meeting to discuss the objections, but did not receive a response.

“We’d like to sit with them and talk to them because we basically believe that it is they don’t know what Islam is about,” Peer told Daily Maverick.

“I think the lack of understanding comes from the fact they have formed a perception of Islam. Some of them, I’m going to say a minority, have a hatred to Islam and based on that Islamophobia, they are now opposing (the mosque).”

“We have a small little village and we know a lot of people. There’s a small tiny minority have an agenda. They don’t want a mosque there, the technical reasons they raise are very flimsy.”

While there are no Muslim institutions in Gordon’s Bay, the area is home to more than a dozen churches, with one road intersection boasting a church on each corner.

Daily Maverick asked the City of Cape Town about the number of noise disturbance complaints received and how many were about other religious institutions aside from mosques, but no response was received.

Similar complaints involving the Muslim call to prayer were raised when a noise complaint was made about the Zeenatul Islam Masjid in District Six in May. The mosque met with the City in June after Ramadaan and asked that the complaint be dismissed. In a statement, the mosque committee said it was “aware of similar complaints against other mosques and places of worship in the City of Cape Town”.

A decision on the appeal for the rezoning of the proposed Gordon’s Bay mosque will be made by the Mayoral Appeals Committee on 13 August 2019. DM