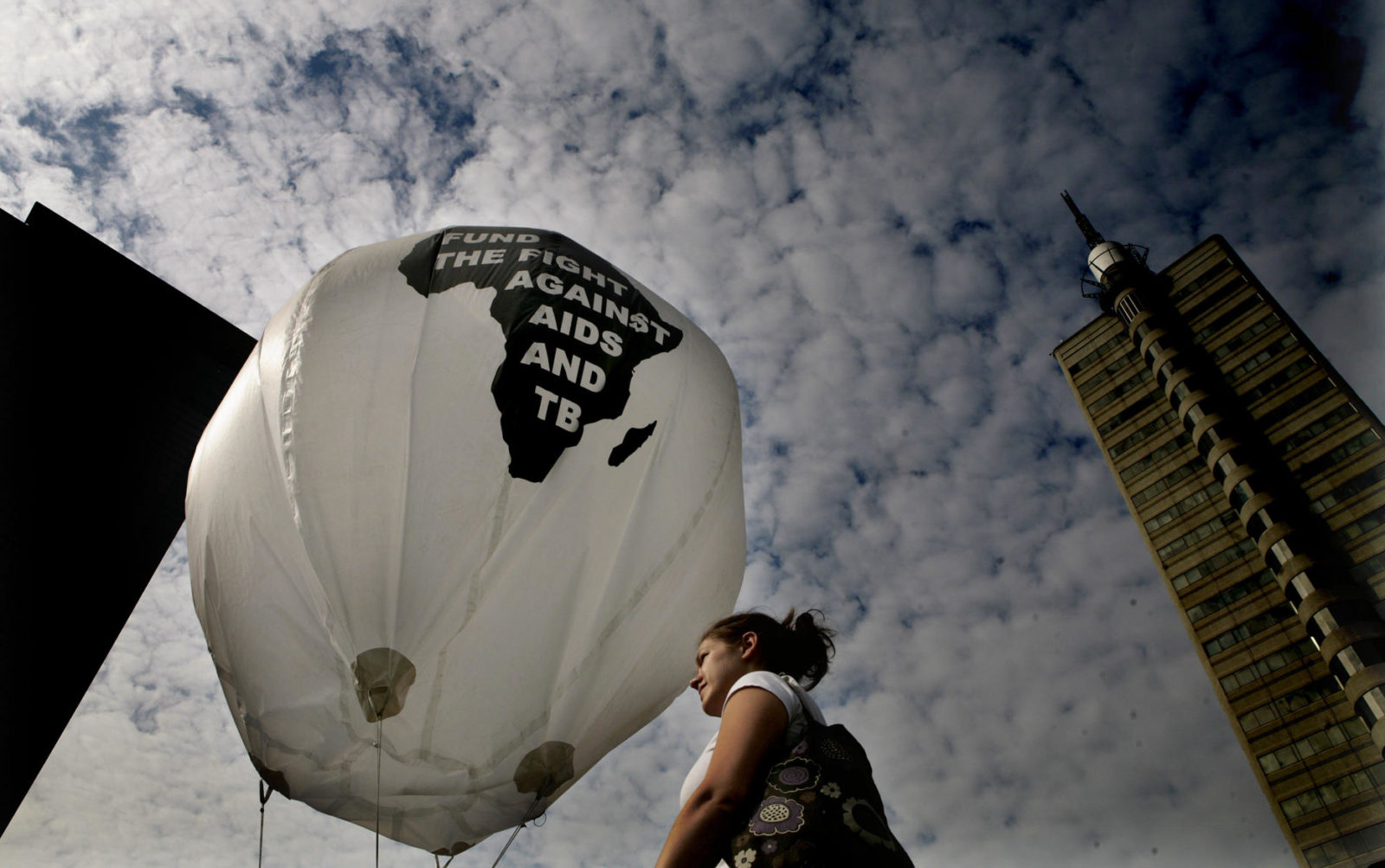 One of the country’s most influential civil society organisations and its leaders have been accused of flouting justice to protect a close ally, according to a woman who dared to speak up about her sexual harassment.

Amukelani Maluleke, the National Organiser for South Africa’s largest HIV lobby group, the Treatment Action Campaign (TAC), has been found guilty of sexual harassment, according to an internal communication sent out by the organisation’s human resource (HR) coordinator.

Maluleke has been employed at TAC since 2012, where he started as an Advocacy and Communications Coordinator in the organisation’s office in Tzaneen, Limpopo.

According to the letter, which Health-e has seen and is in possession of, the presiding officer of the investigation into the sexual harassment complaint laid against Maluleke in September last year found him guilty. The officer also sanctioned him with a final warning – which is valid for nine months – and that he should send the complainant a letter of apology.

The ruling outcome was sent to the complainant on 28 June, informing her of the verdict which Maluleke was given five days to appeal, but didn’t. The letter does not mention whether or not the complainant has the same right to appeal as the accused.

However, Thato Mokoena (not her real name), who works for TAC in one of the seven provinces the organisation operates in and has asked to remain anonymous out of fear of being victimised further, says she is unhappy and disappointed with the presiding officer’s sanction – that he only apologises and gets a final warning – and that TAC has upheld it. Mokoena raised her concerns in a formal letter addressed to the organisation’s HR coordinator in July.

In response to her dissatisfaction, TAC wrote back and said the decision of the presiding officer is final.

But the TAC’s response to Health-e was that “all processes in the sexual harassment disciplinary case involving our national staff member have not been exhausted and we are following due process so as not to compromise the integrity of the case and the right to appeal”.

Meanwhile, the letter sent to Mokoena states that the organisation has “exhausted its internal processes” when it comes to her complaint.

“The organisation understands that you are not satisfied with the sanction against Mr Maluleke. The presiding officer found Mr Maluleke guilty. The sanction has been carried out,” the letter to Mokoena reads.

TAC’s letter also stated that she has the right to explore her case with “external bodies”, through laying criminal or civil charges or approaching the Commission for Conciliation, Mediation and Arbitration (CCMA).

According to the CCMA’s code of good practice on sexual harassment, if the complainant or accused aren’t satisfied with the outcome of the investigation they can refer the matter to the CCMA where an appointed commissioner “will attempt to resolve the dispute through conciliation and, if it remains unsolved, arbitrate the dispute”. If the dispute remains unresolved, either party may refer their case to the Labour Court.

Mokoena responded again, in writing, reiterating her discontent with the organisation she feels has been vocal about sexual harassment in the past. The TAC did not respond to this letter. However, the organisation called her 24 hours after Health-e had sent TAC questions regarding this case.

TAC responded to Health-e’s27 questions in one statement and said, the NGO “continue[s] to actively support following a victim-centred approach in such cases”.

But this doesn’t reassure Mokoena, and other TAC staff who Health-e has spoken to.

“I don’t feel safe working at the TAC anymore. I don’t know what else he is capable of doing to me,” Mokoena says.

According to Mokoena, the sexual harassment took place in April 2017 – first in Maluleke’s car and then shortly later in the lift of the building where one of TAC’s provincial offices are situated.

“Amukelani asked me to come with him to the guesthouse where he would be staying because he didn’t know the directions. He collected documents from another national leader, who was also staying at the guesthouse and returned to the car for us to drive back to the offices,” she remembers.

“He rubbed my breasts with his hand. I was so shocked, I dropped my phone and when I asked him what he was doing he just laughed.”

About half an hour later, the two arrived back at the TAC offices. Mokoena ran out of the car and waited for the lift. But, Maluleke followed her. In the lift, she continues, he pulled his jeans down and forcefully took her right hand and shoved it into his unzipped pants.

“He asked me what can I feel,” Mokoena recalls.

“As he started lifting my skirt, he said I must put his penis inside me and told me if I don’t let him rape me I will never get promoted at TAC.”

Mokoena managed to get out of the lift and, in an obviously distraught state, reached the TAC offices where her colleagues were. These would be some of the people who would later be called as witnesses in the investigation of the sexual harassment complaint.

Mokoena says she later reported the incident to the provincial manager. At the time nothing materialised from reporting it, she says. Although still traumatised by the ordeal, Mokoena continued to work at TAC.

More than a year later, in September 2018, she told the manager about the incident again and was instructed to write a formal letter of complaint. The provincial and national leadership of TAC promised to give her psychological support, but Mokoena says it never happened.

Meanwhile, the trauma from the harassment took a toll on her mental health. “I was so depressed,” she says.

Mokoena was later admitted into a psychiatric hospital for two weeks and booked off work for another two. Her medical aid paid the expenses of her hospitalisation. Once she was back at work, a few weeks later, the investigators appointed by TAC contacted her.

“Typically, you should appoint somebody who’s outside of the organisation to investigate the sexual harassment grievance. And as much as ideally you try and do things as quickly as possible, this will depend on how complex the case is and how much investigation is required,” gender-based violence researcher Lisa Vetten explains.

The hearings where Mokoena and Maluleke presented evidence took place on 25 April and 13 May this year. “I was told I’d have a verdict in three days,” she says.

But, it wasn’t until 28 June that she received communication informing her that Maluleke was found guilty.

Questions addressed directly to Maluleke were sent to the TAC Thursday morning, however, the TAC says it didn’t share those questions with him. Health-e then contacted Maluleke directly on Friday afternoon, he refused to answer our questions until he had spoken to the leadership of the organisation.

TAC didn’t explain to Mokoena what type of sexual harassment Maluleke had been found guilty of, neither did they share the report by the presiding officer with her.

According to sources, the report was also not shared with the National Council, which is the highest decision-making body of the organisation.

Health-e requested the report, but TAC didn’t send it.

“The Independent Presiding Officer has made recommendations – which includes the final written warning and the letter of apology – in the case involving our national staff member, which the organisation is implementing fully,” TAC says.

The NGO acknowledged that the complainant has indicated she is unhappy with the decision, and say other avenues have been made available for this decision to be challenged and for a way forward.

Mokoena says Maluleke’s letter of apology is a slap in the face.

In his letter addressed to Mokoena, Maluleke does not mention the word “apology” or “sorry”.

The letter, in part, reads: “I appreciate the fact that the said process has engraved in both of us a traumatic experience in the last 10 months…In my activism life, I have always valued and embraced human rights and particularly those of women societal stereotypical oppression that they’re subjected to.”

In writing, Mokoena expressed to both Maluleke and TAC that she was unhappy with his letter and that, to her, it’s not an apology because Maluleke doesn’t acknowledge how he violated her.

Neither Maluleke nor TAC responded.

Mokoena also feels failed by the TAC management, who have upheld sanction even though she, as the aggrieved party, is not happy.

“I feel betrayed and I don’t know how I’m expected to simply return to work with this man still in the organisation,” she says.  DM