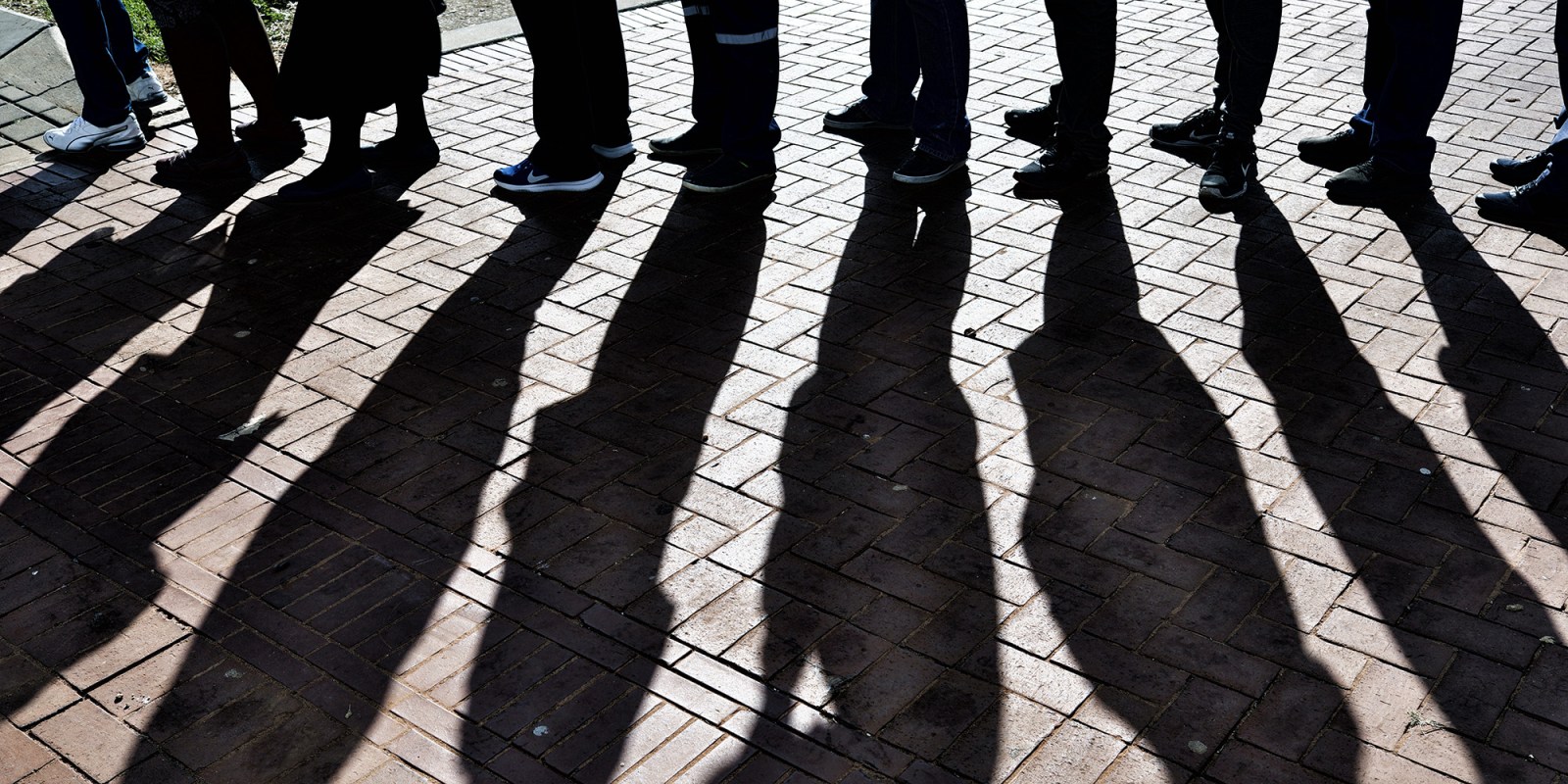 Archive image: Voters queue in the early morning sun outside one the cities biggest voting stations in Joubert park, Johannesburg, South Africa, 08 May 2019. The ruling ANC is expected to win the 5th elections since the end of Apartheid. EPA-EFE/KIM LUDBROOK

Moekie Windwaai of the Democratic Alliance kept Ward 20 in George in the Western Cape blue by the narrowest of margins on Wednesday night, when they garnered eight more votes than ex-George Mayor and former ward councillor Mercia Draghoender. Draghoender defected from the DA to join Patricia De Lille’s GOOD in the run-up to the 2019 elections. The African National Congress also had a realistic chance of winning the ward off the Democratic Alliance but faded into a relatively distant third place.

Last week the Freedom Front + (FF+) shocked the DA in what was once a relatively safe DA ward in Stilfontein, near Klerksdorp in the Matlosana municipality in North West. If one considered a range of factors such as the recent 2019 provincial election results in Stilfontein and the fact that FF+ leader Pieter Groenewald hails from Stilfontein, it was clear that this was the perfect opportunity, and the perfect ward, for the FF+ to upset the DA.

Of all the ward councillors who defected from the DA to GOOD before the 2019 elections, the most likely person to replicate a Stilfontein moment for GOOD was Mercia Draghoender in George. She is a former mayor, with big name recognition in the ward and the town. She was the incumbent ward councillor on Wednesday. This is also a town and a part of the Western Cape where the DA have had their fair share of good governance challenges.

When one considers all those factors it was still clear that the DA did have advantages in this ward. They got 189 more votes than the ANC in the two voting districts in the ward on the recent 2019 provincial ballot. They got more than 540 votes over GOOD as well here. This was also GOOD’s first by-elections contest.

The ANC had a real chance of winning the ward as well. It was clear that Draghoender would weaken the DA in the ward, and that if the ANC got its supporters to the poll and replicated its showing in the recent 2019 elections, it could have won the ward. Local party, Plaaslike Besorgde Inwoners (PBI), improved on their 2016 and their 2019 provincial ballot showing here by winning 11% of the vote in the ward on Wednesday night. They were certainly not bit players in this by-election and will be encouraged by this result on the road to 2021 in George.

The voting district turnout percentage is significant. The ward has two areas, Lawaaikamp, and Borcherds. The latter is smaller, and also where GOOD’s base was.  On Wednesday night, 65% of registered voters turned out in Lawaaikamp, while only 55% of voters in Borcherds turned out. If turnout in Borcherds was marginally higher, GOOD would have probably prevailed. In the end, the DA kept the ward by eight votes.

The DA held onto the Lawaaikamp voting district on Wednesday night by getting 34% of the vote compared to GOOD’s 30%, getting 72 more votes than GOOD. GOOD took the Borcherds voting district off the DA, by getting 38% of the vote, while the DA got 28%, a difference of 64 votes in favour of GOOD. GOOD came so close, but were just denied a famous win.

The ANC will be disappointed by their returns in Lawaaikamp. In 2016 they got 35% of the vote here, and on the 2019 provincial ballot 36%. On Wednesday night they got 24% of the vote in the voting district. The drop in support in Lawaaikamp neutralised their chances of winning the ward.

GOOD will be dejected, but this close result will also motivate their activists as the results show that the party can be competitive in by-elections, especially if the right candidate is selected.

This narrow win is an indicator to the DA that they need to get their governance in George in order if they want to retain this municipality outright in 2021.

Turnout was 62% (56%). It is rare to see a higher turnout for a by-election than the local government election turnout.

Next week will see six by-elections take place. The DA will defend four wards in Johannesburg, including two which are marginal, where both the ANC and EFF will fancy their chances. The ANC will defend a super marginal ward in the town of Barrydale in the Swellendam municipality, and the IFP will defend a competitive ward in Mtubatuba. DM