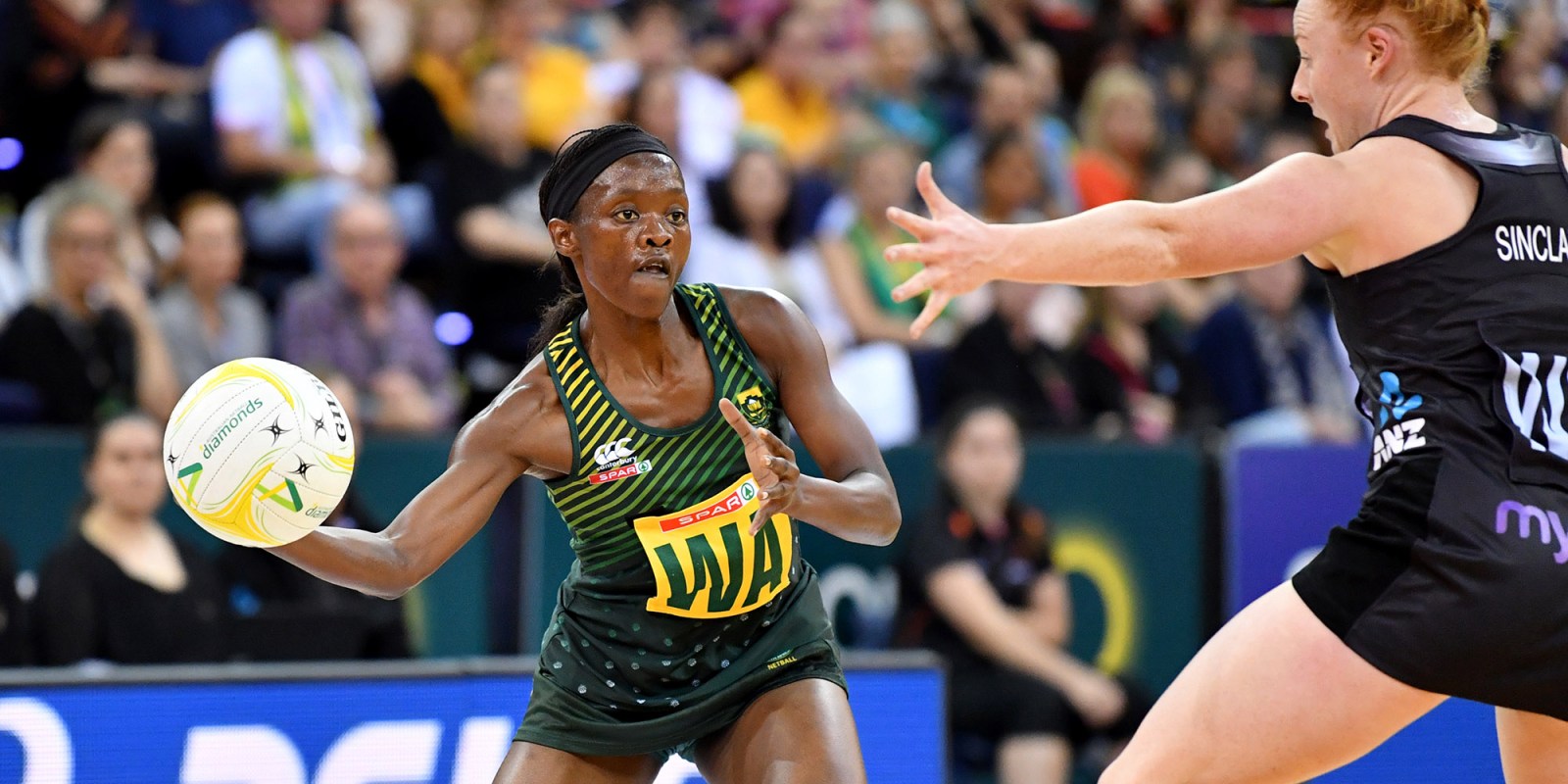 South Africa are all but guaranteed a place in the semi-finals after winning four games on the trot at the Netball World Cup in Liverpool, England. Here Bongiwe Msomi of South Africai, left, gets past Sam Sinclair of New Zealand, right, in a 2017 match in Brisbane, Australia. (Photo: EPA-EFE / Darren England)

Their steady progress has largely been overshadowed by all the sporting drama from the past weekend, but the Spar Proteas have gone about their business in admirable fashion at Netball World Cup 2019.

South Africa’s netball team have been on fire in this year’s Netball World Cup in Liverpool, England, igniting in South Africans the #ProteaFire that was expected of our cricket team. They have now amassed four wins on the trot, including a rare victory against the team ranked second in the world, Jamaica.

Victories against the “Sunshine Girls”, as the Jamaicans are known, are few and far between for “Spar Proteas” as the South African team is known. So, they will hope that vanquishing their hoodoo team, which has so far beaten them 12 times out of 15, will be a good omen going into the later stages of the tournament.

After defeating Scotland 66-38 on Monday evening in preliminary stage two, the Proteas are all but guaranteed a place in the semi-finals. They just have to make sure they beat fellow Africans, Uganda, on Wednesday 17 July at 7pm local time. Should they win that game, their place in the semis would be guaranteed while their last game of the group against the tournament hosts on Thursday at 8pm will determine who finishes top of the group.

The South Africans, who are ranked fifth in the world, have featured in eight World Cups to date and automatically qualified for this year’s edition due to their top-five ranking. Their best performance at a World Cup was in 1995, when they finished second, behind Australia.

In the build-up to the tournament, the team was quietly confident, with captain Bongiwe Msomi saying: “We know that we are going to be competitive and we are going for a medal.”

After their outstanding performances thus far, that confidence is surely even higher, but the Proteas are choosing to keep their heads down and focus on the job at hand.

Speaking after their latest victory, goal shooter Sigrid Burger said they are taking it a game at a time, adding, “We are not here just to fill up the positions, but we are here to compete and compete for the top.”

Key to this competing has been the coaching staff’s trust in all the players selected for the tournament. Head coach Norma Plummer has repeatedly stated the need to try out different combinations and give all 12 of her squad members minutes on court. This is to minimise the ripple effects of any injury troubles.

The Proteas are especially wary of injuries derailing their campaign after injuries to key players at the 2018 Commonwealth Games saw them miss out on a semi-final place.

Msomi is happy with how Plummer has managed the team in the tournament. Speaking after the match against Scotland she said: “We came here with 12 players to come on the court whenever they were needed and it’s the coach’s strategy to work things out and save legs where we can. We know we’ve got great players to step on the court and perform”.

South Africans will hope they keep performing, and that they are there until the last game of the World Cup, which will take place on 21 July. DM