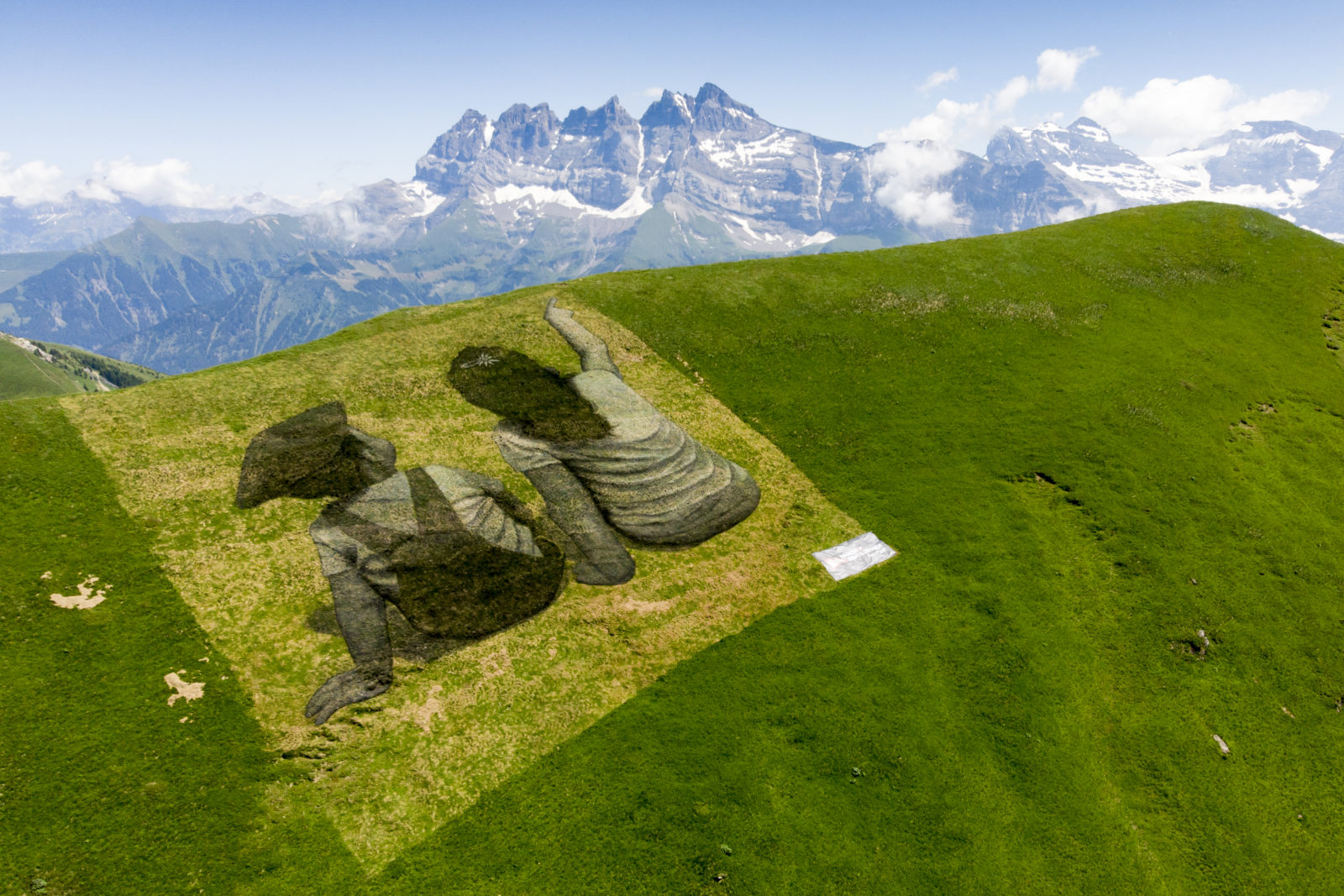 A picture taken with a drone shows a giant biodegradable landart painting by French-Swiss artist Saype, titled 'The Smugglers of Friendship!' ('Les contrebandiers de l'amitie!' in french) in front of Les Dents du Midi mountains in the Swiss-French ski area Portes du soleil, in Les Crosets, Vall d'Illiez, Switzerland, 10 July 2019. With an overall area of 2,500 square meters, the painting was created using biodegradable pigments made out of charcoal, chalk, water and milk proteins and made to symbolize France-Swiss friendship. Four working days and between 800 and 1,000 liters of a mixture of water and natural pigments were required. EPA-EFE/LAURENT GILLIERON

Iconic architecture and innovative art took the spotlight this week starting with UNESCO, the United Nations Educational, Scientific and Cultural Organisation, that listed the 20th century architecture of US architect Frank Lloyd Wright as World Heritage Site. Wright’s creations include the famous Solomon R. Guggenheim Museum in New York as well as archetypal homes across the US. And then, a temporary installation of whale sculptures made from plastic waste by Greenpeace stands outside parliament in Budapest, Hungary, as part of the international environment movement, Plastic Free July.

Clocks run from left to right due to that being the way sundials cast shadows in the northern hemisphere.