Could wooden skyscrapers be the answer for sustainable construction? 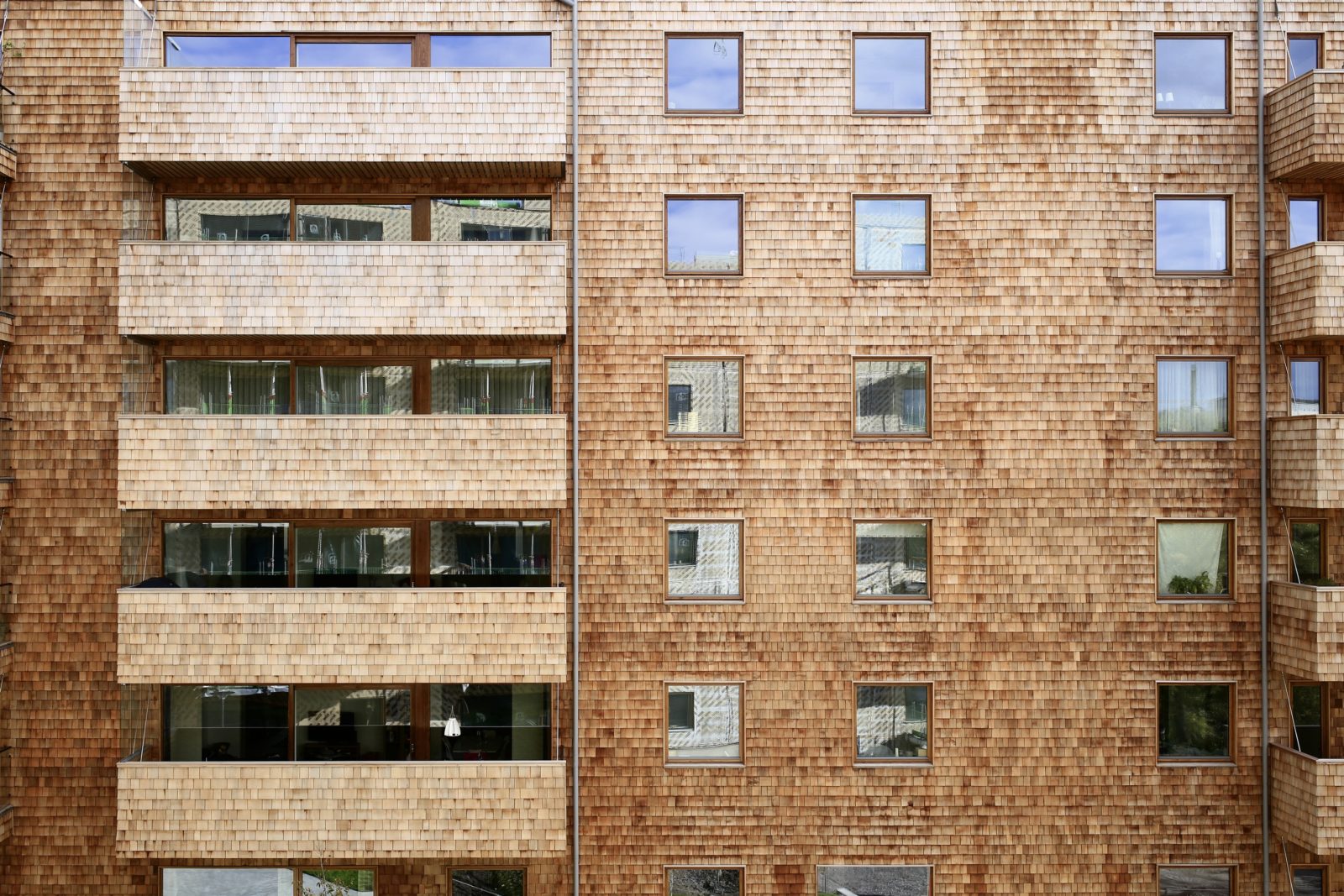 In search of sustainable methods of construction, Swedish construction company, Folkhem, is building on a vision of the future of wood in construction.

Homes and habitats made out of wood are not an entirely new concept. In South Africa, they range from “Wendy houses” used either as sheds or actual homes, to holiday cabins, to the apartheid-era prefabricated four-roomed township homes, through to clay and mud rondavels whose inner structure is made of wood. However, concrete is by far the world and South Africa’s most popular building material.

In fact, according to an independent study by the non-profit organisation, Chatham House, The Royal Institute of International affairs, “Each year, more than 4 billion tonnes of cement are produced, accounting for around 8 per cent of global CO2 emissions.” According to an article by the BBC, “If the cement industry were a country, it would be the third largest emitter in the world – behind China and the US. It contributes more CO2 than aviation fuel (2.5%) and is not far behind the global agriculture business (12%).”

With the reality of climate change and the urgent need to reduce CO2 emissions, some in the construction business are looking to more sustainable solutions. Swedish property developers, Folkhem and Swedish architect firm, Wingårdhs, are on a mission to expand possibilities of wood in construction, by imagining and building multi-storey  buildings out of wood. Admittedly, relative to the amount of concrete building, Folkhem’s projects seems like the definition of the proverbial drop in the ocean. Yet, the company explains that their Strandparken timber development in the Stockholm suburb of Sundbyberg, an eight-storey residential building with some 31 apartments, from one to four bedroom units, built in 2013 and 2014, receives “study visits almost every day. People come from all over the world to see and listen to our experiences. They include engineers, politicians, condo buyers, researchers, school groups, architects, and all sorts of curious people.” And that might be the project’s biggest impact: for anyone visiting Strandparken to go back and further develop wooden structures in their various cities and countries.

Trees, being made of carbon-based compounds, absorb and store carbon dioxide from the air, therefore reducing the amount in the atmosphere. According to Folkhem, their eight-storey development has total carbon emissions of “minus 1 000 tonnes”. The production (transport, machines, etc.) causes emissions, of course, and the developer claims that the whole process released some 600 tonnes of carbon dioxide. However, the growing of the wood used for the buildings removed 1 600 tonnes from the atmosphere, which still results in the minus 1 000 tonnes of carbon emissions.

Beyond the environmental advantages, Folkhem’s marketing manager, Sandra Frank, is also quick to point out that the wooden structures take far less time to build: “In Strandparken, we built next to a concrete building that was being built in the traditional way. By the time we were done and our customers had moved in, the concrete building had only the first three floors finished, and then it had to stand. Because concrete is so wet, during five to six months, you have to have gigantic building fans inside the building to dry out the concrete. It requires an incredible amount of energy.”

The wood is also treated to be fireproof, adding an extra layer of safety. While steel reinforcements can be broken down by heat resulting in collapse, the fireproofed wood is much more likely to withstand the fire. As amazing as the project sounds, the process goes far beyond merely gathering wood and attempting a multi-storey building. Folkhem, alongside Swedish architecture company, Wingårdhs, who are behind the design of the buildings, have used very specific techniques to ensure longevity of the homes as well as safety, techniques which they are happy to share with other developers and researchers from all over the world.

Sweden passed a law in 1903 that requires that for each tree cut down, a new one must be planted, which has resulted in the doubling of Sweden’s forest over the past century, as measured by “Swedish Wood,” a wood-marketing body backed by the Swedish sawmill industry. “With the forestry we have in Sweden, where you replant everything each time you fell and take care of everything like the raw materials, branches and stumps, we have an industry which actually is the only renewable building material there is. And if we handle it the way we do today, take care of it the right way, it is an infinite resource. And that is really cool actually, we can build houses forever, as long as we take care of the forest,” adds Folkhem CEO, Arne Olson.

Indeed, the company has continued to build. Since the completion of Strandparken in 2014, the company has embarked on several other projects. Their most ambitious one yet, billed as “Stockholm first large solid wood project” is Cederhusen, a wooden complex with four towers, some ten to thirteen floors high, made of cedar wood. ML