Another day. Another South African. Another electric ca...

Another day. Another South African. Another electric car 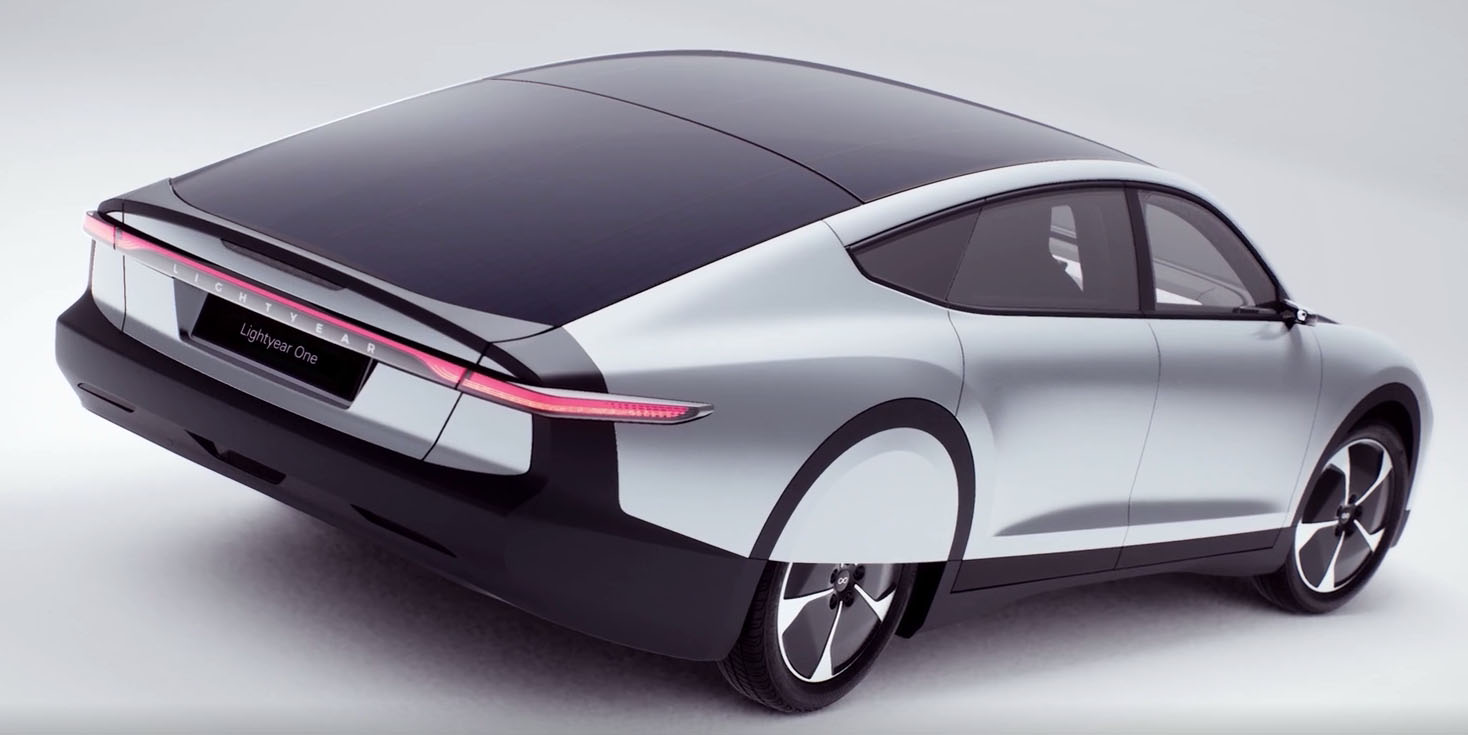 The Lightyear One prototype electric car integrates its solar power pack into the vehicle. It has a claimed range of 725km. (Image supplied)

What is it about South Africans (or at least former South Africans) and electric cars? They are everywhere. Well, not quite everywhere, but following in Elon Musk’s footsteps (sort of), former Capetonian Geoffrey Schlee talks to Business Maverick about the electric vehicle project he is involved in, based in Holland. Other than that it is an electric car, it couldn’t be more different from the Tesla Model 3, but it’s as interesting. Is it practical? Hard to say.

To great fanfare, fledgling Dutch company Lightyear launched a prototype model of Lightyear One at the end of June, an electric car which integrates its solar power pack into the vehicle. The car is a hatchback and includes 5m² of solar panels, but the eye-popping aspect is the claimed range of 725km.

The launch constitutes a major leap forward for the team headed by CEO Lex Hoefsloot, and includes several South Africans (in fact, South Africans are the second largest nationality after the Dutch), including Geoffrey Schlee who spoke to Business Maverick about the project and his involvement in it.

The Lightyear team emerged out of a group of Dutch students at Eindhoven university who participated and won three years in a row one of the classes of the Bridgestone World Solar Challenge, the premier event for solar cars. The event runs 3,000km from the top of Australia in Darwin to close to the bottom in Adelaide. The team won the cruiser class, which is designed for cars that look and operate like cars.

Your immediate reaction to that car, dubbed the Stella Lux, is how ugly it is. It looks like a flattened and elongated barge. Lightyear One is a different kettle of fish altogether: sleek, futuristic and racy. It looks like the future has arrived, co-designer Lowie Vermeersch from GranStudio told the lanch function. The chief designer and co-founder is Koen van Ham.

But it’s not the looks that are of primary importance, it’s the concept and the execution. Is it really possible to commercialise a sun-powered car?

The short answer is not really, or perhaps not yet. But of everything out there, Lightyear One comes closest. The car does have a battery, which, significantly, can be charged overnight from an ordinary electric socket. But the builders claim that for two months of the year in Holland, close to the worst place in the world to own a solar-powered car, an ordinary commuter wouldn’t have to plug it in.

The car is an interesting counterpoint to Tesla’s philosophy of electric cars and how and where they should be pitched.

“Fundamentally, we are very different,” says Schlee. When Tesla was starting out, in order to combat a long-standing prejudice about electric cars, they had to build exciting, fast cars, “and that’s great”.

Lightyear, on the other hand, is focusing on efficiency, Schlee says, partly because the team’s core motivation is to make an impact in the fight against climate change. Schlee cut his teeth at Triz Engineering, an engineering consulting service focused on vehicle designs.

He responded to an advert on the internet and now finds himself in the middle of creating an exciting, new concept car. Lightyear One is a proof of concept which aims to demonstrate what efficiency gains a solar-powered car can conceptually deliver. Schlee is responsible for the wiring design of the car, although he helped out in other areas during the building of the prototype.

A comparison with some of the operating statistics of Tesla Model Three, the most affordable of the Tesla range, throws this difference into sharp relief. The 0-100km/h acceleration of the Tesla is between 5.6 and 3.2 seconds depending on the version of the car.

The Lightyear takes about 10 seconds to reach 100km/h. But the range difference is enormous. Standard model Teslas achieve a WLTP range (the official measure) of 354km, while the long-range version gets 523km. In other words, Lightyear One’s claimed range of 725km is almost double the range of the standard Tesla model. That’s impressive.

Another big change is that the Lightyear uses four independently controlled in-wheel motors, whereas the Tesla is either rear-wheel drive or has a separately powered front and back axle.

Every kilogram you save in the power-train tends to compound the range increase, Schlee says, and this is why the group sacrificed thumping acceleration.

“For most people and most situations, acceleration of 0-100km/h in 10 seconds is absolutely fine,” he says.

The big conceptual problem for Lightyear is this: why is it necessary to build the chargers into the car? Wouldn’t it be cheaper to design an ordinary electric car, and have the photovoltaic panels parked outside somewhere?

Schlee says it’s a “helluva cool project. The automotive world right now is very exciting, and it’s great to have a purpose in life – something I can tell my kids that I have done to improve the world for them.”

You can’t help wondering what might have been had these innovators chosen to build their cars in Port Elizabeth rather than in California and Holland. BM