No water, no toilets, no electricity in Qandu-qandu

No water, no toilets, no electricity in Qandu-qandu 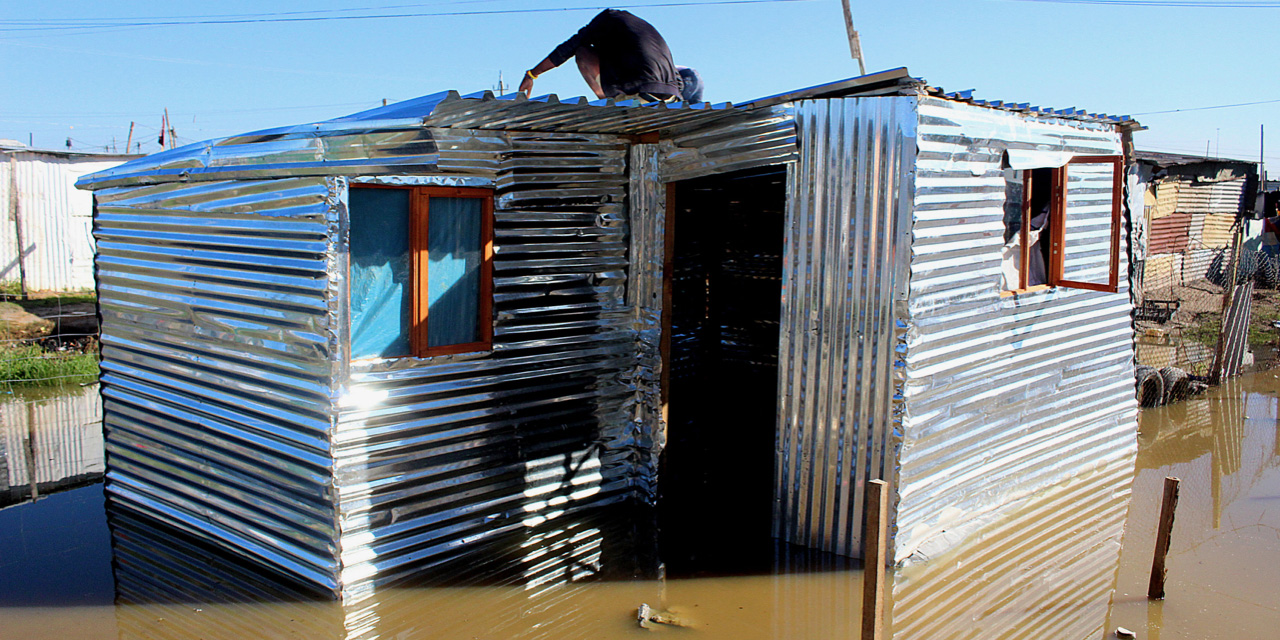 It is the sound of striking hammers which gave Qandu-qandu its name. The informal settlement, which is officially Phase 4 of Green Point, Khayelitsha, was established in April 2018.

In the early stages, homes were demolished by law enforcement. But today, thousands live here. There are no basic services.

Community leader and Qandu-qandu committee chairperson Ntombomzi Mafaya says residents have divided the informal settlement into sections running from A to M.

Most of the people who have settled here were backyarders in Khayelitsha. Many are unemployed and could no longer pay rent.

“We have no services here. No proper electricity, no water and no toilets. We have to make our own plans to get these things,” said Mafaya.

Another problem that the community faces is flooding when it rains.

“A section of Qandu-qandu is like a wetland, so it stays wet. We have advised people not to build there, but they do,” said Mafaya.

According to Mafaya, electricity is available for some residents by means of izinyoka (illegal connections) attached to the nearest “danger box”, the formal supply point for neighbouring Green Point in Khayelitsha.

To access water, residents have to walk “quite a distance” to Green Point’s Phase 2 and fetch it in buckets from standpipes.

Mafaya said the standpipes were installed by taxi owners and drivers affiliated to a political party in the run-up to the May elections. But the taps were never connected to a water supply. Residents then installed their own pipes, but most taps don’t work or only produce a trickle.

“We have no toilets … so we use the nearby field or stream. Others [households] close to the taxi rank use the public toilets, where they are charged R2 … Unfortunately we cannot use toilets in Green Point because people lock them,” said Mafaya.

“We had a march this year in February to the Civic Centre where we went to go and demand services from [Cape Town mayor] Dan Plato’s office, but nothing has come out of it. But we have managed to set up a meeting with Dan Plato for next week, after he visited our area in March and heard our concerns. So hopefully something positive will come out of it,” said Mafaya.

Regarding the lack of services, City of Cape Town’s Mayoral Committee Member for Human Settlements Malusi Booi said, “The City has limited resources and many communities which have been in existence for many years have been waiting patiently for improved services … It would not be fair for this settlement [Qandu] to be prioritised over others for urgent service provision given that it has resulted from a land invasion.

“However, the City together with the Green Point Extension community leadership, have conducted an on-site inspection, in order to establish the topographical conditions, space availability, and congestion of the area. This will assist in assessing the feasibility of installing basic services, if all policy criteria is met,” said Booi. DM