A predatory elite has brought Zimbabwe to its knees 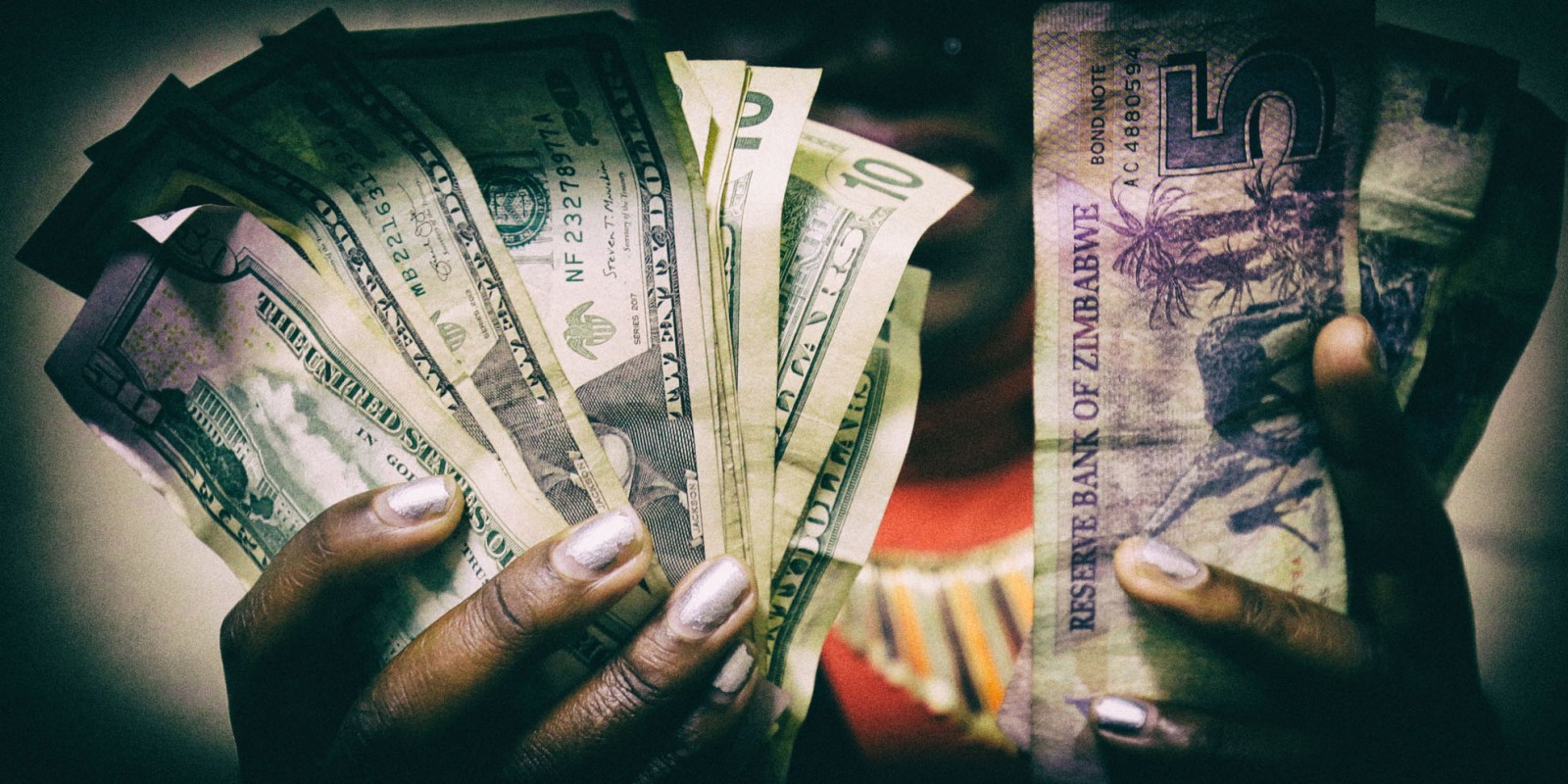 The return of the Zimbabwe dollar is not going to fix that country’s economic meltdown, which was triggered by politics.

If the Reserve Bank of Zimbabwe was a ship it would be the Titanic, sailing with the patronage of a well-heeled elite with privileged access to the lifeboats towards a deadly iceberg.

The bank’s latest policy move – the return of the Zimbabwe dollar and the banning of the use of foreign currencies – amounts to re-arranging the deckchairs after the iceberg has opened up a wide gash in the ship’s hull.

Like the Titanic, the Reserve Bank is not unsinkable, whatever its political masters like to believe. Now they decree that Zimbabweans shall have but one currency: the reborn Zimbabwe dollar. Thou shalt not pay tribute to foreign monetary systems or at least don’t get caught. The US dollar, the South African rand and the euro are no longer legal tenders in Zimbabwe.

Anyone caught trading the born-again Zimbabwe dollar with foreign currencies will face the full weight of the law, the government says. Zimbabwe’s long-lost national money will become the sole legal tender again by force.

No belief in born-again dollar

There is a difficulty here. People have no confidence in the born-again money. In February, Finance Minister Mthuli Ncube launched the Real-Time Gross Settlement (RTGS) dollar, a surrogate currency based on electronic transfers to the Reserve Bank and its bond notes, both tied to an official exchange rate with the US dollar.

Last week the local dollars were trading for around half the official exchange rate.

But within days a parallel market emerged, selling the RTGS dollars at a deep discount to US dollars. Last week the official exchange rate was US$1=RTGS$6.2, but the local dollars were trading for around half that on the local market.

What problems are the new dollars meant to solve? First, inflation, which is currently running at over 80%, its highest level for a decade; second, lack of control over interest rates and money supply; third, the lack of physical currency on the market.

This sounds confusing as in 2009 the finance minister, Patrick Chinamasa, announced that the use of the Zimbabwe dollar would be suspended as means to cure hyper-inflation, then running at 500 billion%. Chinamasa pronounced that the US dollar, the South African rand and some other convertible currencies would be legal tender in Zimbabwe.

Then, under a new finance minister, Tendai Biti, now a luminary in the opposition Movement for Democratic Change (MDC), a new power-sharing government stabilised the economy.

But a new problem arose, the shortage of US dollars in the country. Followed by all the financial and commercial rigidities that dollarisation imposes on a small economy. In the short-term it helped the coalition – between the MDC and veteran ruling party Zanu-PF – establish a modicum of stability and begin to redress some of the structural problems in Zimbabwe’s economy and politics.

However, the short-term gains were quickly squandered, and with Zanu-PF’s victory in the 2013 elections, it reverted to type with massive opaque payments to the security services and ruling party functionaries and sweetheart deals for foreign mining companies willing to partner with local politicians.

Hundreds of millions more were lost to the treasury. President Robert Mugabe admitted some US$15-billion in diamond revenues were unaccounted for. The deadly economic and financial crisis facing the country is government-made. But the government is using the wrong tools to fix it.

The deadly economic and financial crisis facing the country is government-made. But the government is using the wrong tools to fix it.

All the signs of implosion are there. A debilitating economic crisis, shortages of food, medicines, money, fuel, daily electricity blackouts lasting 20 hours, rocketing inflation and a crash in purchasing power.

Once the pride of Africa, Zimbabwe’s public education service is in tatters. A teacher now earns US$35 a month. Unconcerned, the political elite send their children to private schools overseas.

At the heart of the crisis is an economic meltdown triggered by politics. Zimbabwe’s economy ceased to be competitive many years back. Corruption and bad decisions are to blame.

Land reform was chaotic and violent. It was also corrupt, with ruling party leaders grabbing multiple farms for themselves and their families. Agricultural production, a key driver of the country’s success, plummeted, as did manufacturing. Businesses fled or shut down in response to laws aimed at benefiting the ruling elite.

Predators at the wheel

The trouble with Zimbabwe is a predatory elite that prioritises personal accumulation over public interest and service. Comprised of top ruling party officials, their relatives and friends, this elite has a vested interest in the fuel economy. It controls and is the primary beneficiary of the minerals sector and the retailing businesses.

The same elite diverts public assets for private use, leaving little for services such as education, hospital supplies and medicines. It has manipulated the currency crisis to make money out of a system of arbitrage. It is accountable to no one, relying on coercion to protect its interests.

Ask the elite what the country’s problem is: “Western sanctions”, it answers. True, Western sanctions may deter foreign companies from Zimbabwe, but the plunder of public resources has nothing to do with sanctions.

The elite looks oblivious to the suffering of the people as it imports luxury vehicles, hires jets for presidential trips, spending millions on lobbying agencies in the US, sending its own members overseas for treatment while local hospitals lack the essentials.

Bottom line: This economic crisis is politically manufactured. It can’t be fixed by financial engineering and the return of a currency in which everyone lost faith. BM

Siphosami Malunga is a human rights lawyer and Open Society Initiative for Southern Africa (Osisa) director in Johannesburg. He writes in his personal capacity.