SA must dig deeper for a solution to illegal mining

SA must dig deeper for a solution to illegal mining 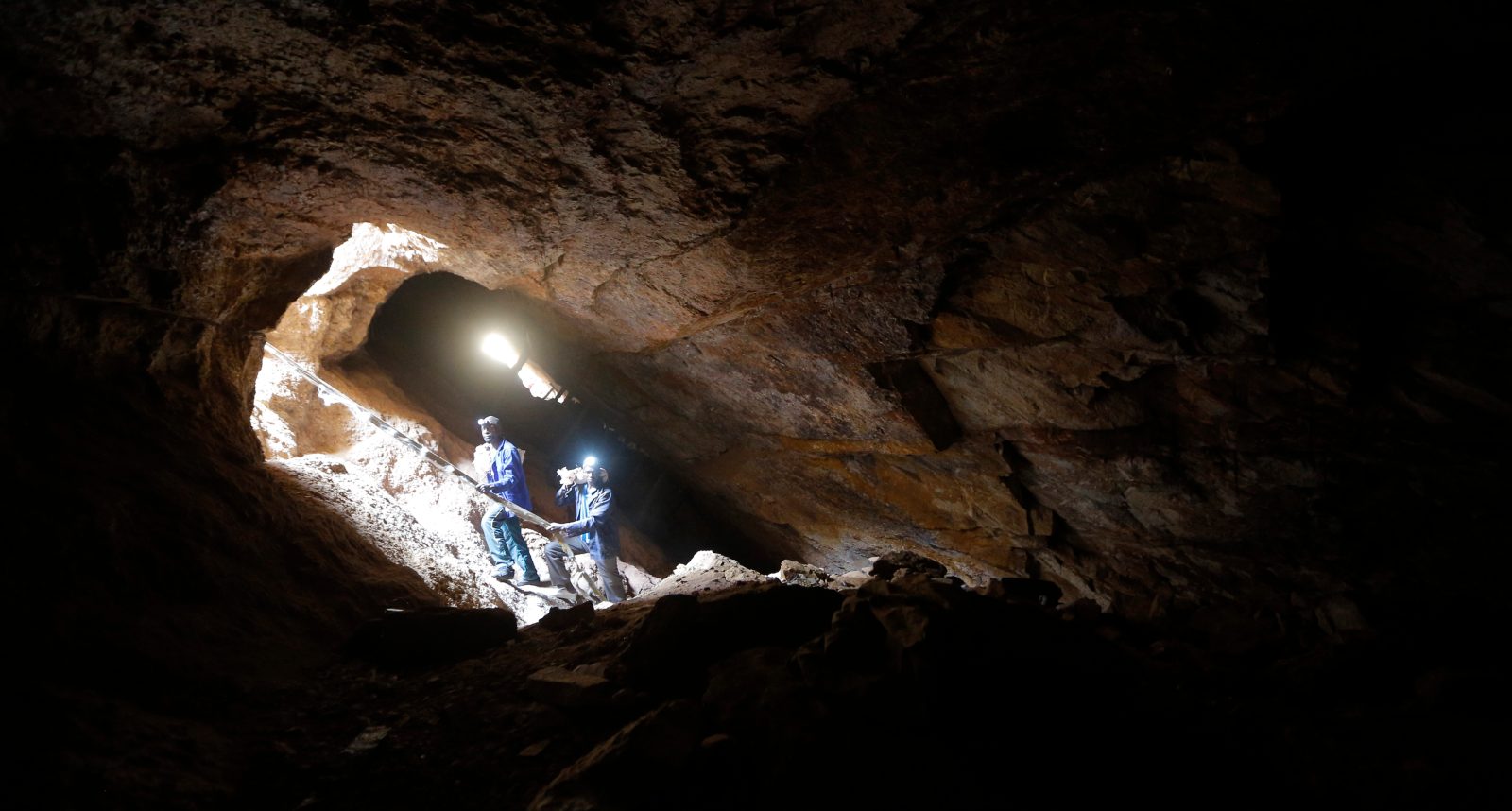 Poverty propels most illegal miners into the industry, but ruthless criminal syndicates are equally responsible. By Richard Chelin and Naomi Tite

At this year’s Mining Indaba, South Africa’s Minister of Mineral Resources Gwede Mantashe and Ghana’s President Nana Akufo-Ado both deplored the threat of illegal mining in their respective countries, but differed on how to address the problem. While Mantashe preferred legalising illicit mining by issuing licences, Akufo-Ado advocated banning artisanal and small-scale mining for a limited period.

Akufo-Ado noted how a two-year ban had previously helped curb illegal mining, and heavily polluted rivers had “showed signs of being restored to health”. In addition to the ban, small-scale miners were being trained in responsible mining, while alternative livelihood resources were provided to others.

In 2017, Ghana commissioned a 400-member contingent to combat illegal mining and introduced a two-year ban in the most affected regions of the country. By the time the ban was lifted in December 2018, it was reported that around 1,687 illegal miners had been arrested.

However, the government was criticised for having an excessively heavy-handed approach towards both illegal and small-scale miners. Soldiers were reportedly involved in extortion. Most of those arrested were miners and those who bought the gold from them. Other key players in the criminal network – those who launder or export the illegal gold – were left untouched and returned to their operations once the ban was lifted.

Illegal mining costs South Africa’s economy around R21-billion annually. Other risks are the temporary closure of commercial mines, illegal miners who are trapped underground, and the death of or injuries to illegal miners. The increasing prevalence of violence between competing, heavily armed syndicates is another area of concern.

In the long term, government’s focus is on legalising the status of illicit miners. To tackle issues on the ground, a multi-agency National Co-ordination and Strategic Management Team was established in June 2010. Mantashe told the Mining Indaba that the increase in permit applications by small-scale miners was a sign of the team’s success. Despite government efforts though, illegal mining – especially of gold – is a growing threat, as recent research on Zama Zamas by the ENACT project showed.

Legalising illicit mining is often a preferred option. It promotes the goals of the African Mining Vision’s action plan which was adopted by African heads of state in 2009. These include creating a “mining sector that harnesses the potential of artisanal and small-scale mining to advance integrated and sustainable rural socio-economic development”.

However, legalisation comes with its own challenges. Although most illegal miners are propelled into the field by socio-economic circumstances, there is also a need to understand the criminal syndicates involved. These networks often use any means necessary to extract as much gold as possible.

A former section commander in the South African Police Service’s Explosives Unit, talking on condition of anonymity, explained that “the majority of these guys [illegal miners] are criminals and they would not think twice to shoot police and escape the rule of law”.

In this instance, illegal mining is motivated by profit and those involved will do anything to escape punishment. Legalising the activity is unlikely to reduce the threat. As the police officer emphasised, this would be tantamount to “legitimising crime at the cost of the rule of law”.

The Mineral and Petroleum Resources Development Act (20 of 2002) aims to regulate artisanal mining but has had limited impact on illegal mining. A critical problem is that illegal mining is not clearly defined in the legislation.

The police’s Directorate for Priority Crime Investigation notes gaps in the law relating to the transportation and/or possession of precious metals and diamonds in transit areas. Illegal miners who are caught can be charged only with trespassing, and receive fines as low as R50.

The National Coordination and Strategic Management Team has been tackling this problem. It aims to ensure that illegal miners and syndicate members can be prosecuted on more serious charges under the Prevention of Organised Crime Act.

Because illegal mining is connected to other forms of organised crime, syndicate members must be the focus for law enforcement. Most efforts currently target the miners, who are easily replaced if they are arrested.

Illegal miners sell gold to buyers who often live in the surrounding area. Ciaran Ryan, a mining expert, suggests that a way to deal with these buyers is to introduce them into the formal economy by making them licensed gold dealers. In this way, they would be liable to pay tax on the gold and precious metals.

Syndicate leaders are of course more difficult to apprehend. To reach them, inter-agency collaboration is needed between law enforcement, the mining industry, the Department of Mineral Resources and immigration. All these stakeholders need to show commitment and practical action to address the range of problems posed by illegal mining in South Africa. DM