Rebuilding leadership is the first step to delivering on SONA commitment 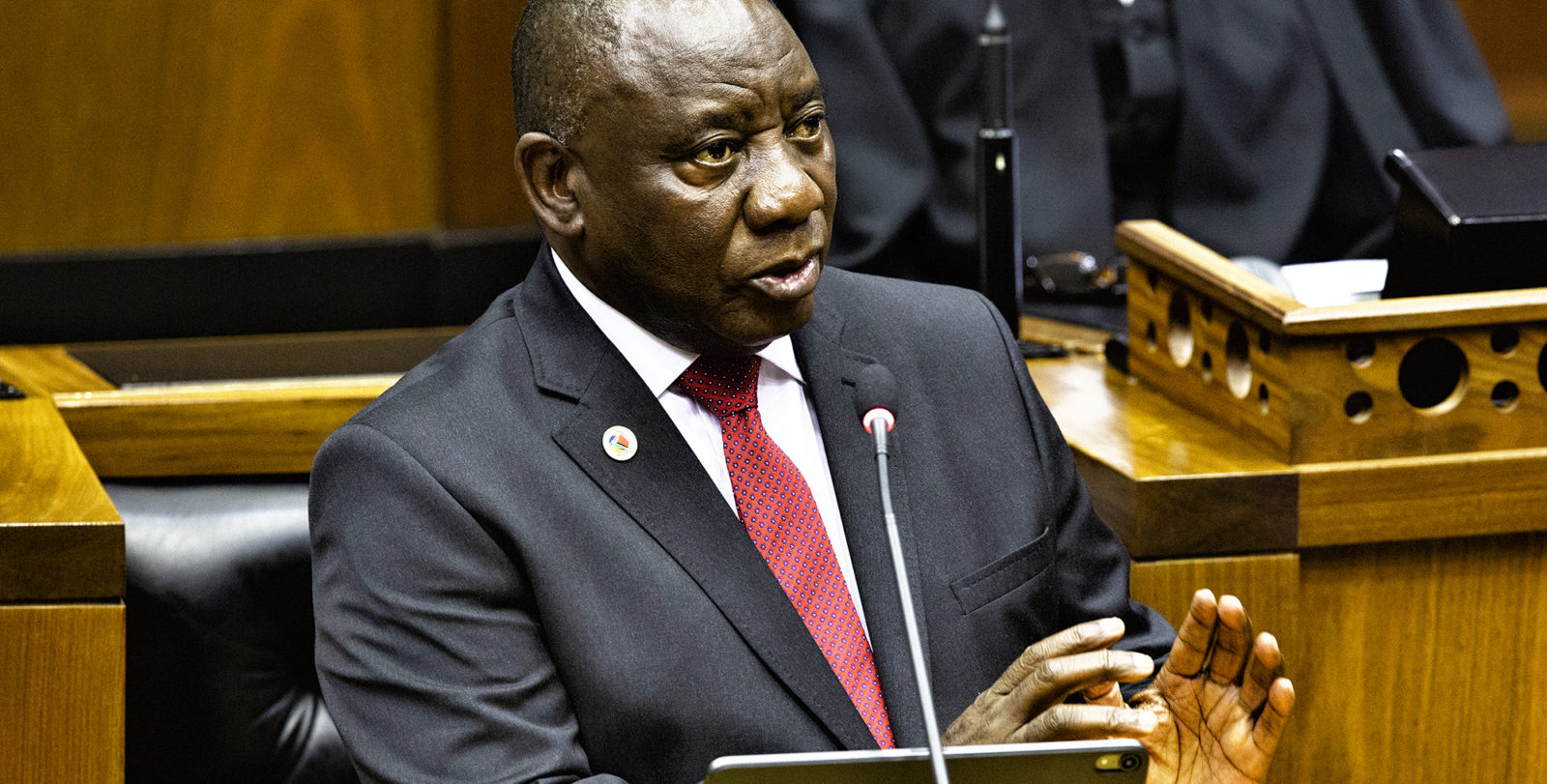 President Cyril Ramaphosa delivers his State of the Nation Address in Parliament in Cape Town on 20 June 2019. (Photo: Leila Dougan)

President Cyril Ramaphosa’s State of the Nation Address on 20 June 2019 was remarkable partly for its simplicity, its clear commitment to addressing fundamental quality-of-life challenges, and direct reference to building human and institutional capacity. The SONA was blissfully short on mind-numbing lists of to-do’s. The SONA is meant to offer direction and prioritization. This is certainly what it did.

Since the 2008/9 economic downturn, the question “What is the 3% growth plan?” often comes up. And when in doubt, call in the economics A team from Harvard or Cambridge! But what needs to be done is well known. The most critical question is about how to generate economic momentum.

None of the rest matters if the economy isn’t moving. But economic analysis is not what is required. Experts in the vexed question of public management and performance are needed.

Generating momentum is critical, and will require a vigilant focus on building leadership capacity and on doing things in a way that is more engaging of an active citizenry.

The first question that must always be asked in respect of a great idea is: “Who is going to lead and are they enabled and accountable?”

“It is tempting to unleash novel policy directions but it is far more important to build a track record of successful implementation”.

Momentum is best achieved by building on initiatives already in motion, ready budget allocations, and rules and regulations in place. Changes in policy, regulations, rules and budgets take time and are more about future plans than they are about getting the wheels turning.

Taking just three points from the SONA, next-step priorities might be:

1: “Eskom is too vital to our economy to be allowed to fail.”

A commitment was made to providing significant fiscal support for Eskom. At the moment, there is likely no way around doing so.

While not of the same magnitude, the main infrastructure SOEs with significant service delivery roles and/or the largest component of government exposure to guarantees also need attention. Eskom, Transnet, Prasa, Sanral, PetroSA, SAA and the water boards come to mind.

The most important commitment from government is to ensure the appointment of appropriately skilled, experienced and unconflicted boards, to provide mandates promoting service delivery excellence and sustainability according to the NDP, and to commit to appropriate governance structures that enable accountability.

It means the recruitment of non-conflicted, skilled and experienced CEOs and executive management enabled to run the companies according to performance expectations. Given the compromised state of SOEs, they should not have unfunded mandates.

2: “Municipalities will be supported to speed up service delivery with a focus on all 44 districts (or 257 municipalities) and eight metros.”

Addressing Eskom payment arrears was also stated as a priority.

There is an inter-ministerial team focused on strengthening service delivery in water, sanitation, waste disposal, electricity, roads and human settlements at the local level. Since 2018 it has prioritised 57 municipalities, including the metros, accounting for 72% of the population. They also consist of well over 80% of GDP, the unemployed, the poor, and informal dwellings and taxpayers.  They therefore also account for the most significant municipal arrears and service delivery backlogs.

The auditor-general’s report for 2018 shows a deterioration in municipal finance mostly arising from challenges in revenue collection. Almost one-third (31%) of municipalities reported a deficit, totalling R5.6-billion. In turn, many municipalities fail to pay for electricity and water.

Invoiced municipal debt arrears to Eskom have risen from just under R500-million in 2013 to R14-billion in 2018. Financial management capacity is extremely weak. Only 33 municipalities (13%) produced a clean audit, with quality financial statements, performance reports and compliance with key legislation.

Solving this would stimulate job-creating economic activity. Overall, municipalities spent only half of their infrastructure budgets over the past few years. The inter-ministerial task team found that the targeted municipalities had often badly under-resourced repair, maintenance and refurbishment, which are the more labour-intensive components of construction work. That means the economy could be stimulated within existing resources.

No matter what coordination happens at a national and provincial level, local service delivery will rely on building municipal government leadership capability. This needs to receive top priority. Cooperative Government and Traditional Affairs, (C0gta)’s Back to Basics programme already aims to enforce the Municipal Services Act in the recruitment of competent managers according to qualification and experience in the critical top six senior positions, namely: municipal manager, finance, infrastructure, corporate services, community development and development planning.

This could be extended to a review of the top six personnel already working in the 57 priority municipalities. There are performance requirements in place such as the compulsory utilisation of the database on employees dismissed for misconduct, fraud, corruption and blacklisting; and collaboration with law enforcement agencies such as the Hawks, SIU and SARS regarding investigations and prosecutions of transgressors.

There is meant to be supported to ensure credible, funded and cash-backed budgets, central monitoring of expenditure and procurement processes and support with the implementation of post-audit action plans, including reversing the negative audit outcomes.

The minister of finance could announce that some portion of municipal funding will require proven implementation by an agreed date.

3: “If we are to ensure that within the next decade, every 10-year-old will be able to read for meaning, we will need to mobilise the entire nation behind a massive reading campaign.”

This is the clearest statement on education priorities perhaps ever made, recognising that 78% of children are left behind by Grade 4 because of poor reading comprehension. This is one of the biggest barriers to transformation and progress.

In the past few years, the department of basic education (DBE) has been experimenting to find high impact approaches to move the dial, in partnership with civil society organisations. There is an awareness that reading coaches for teachers, early-grade reading books, parent involvement and initiatives to promote reading enjoyment all make a big difference.

Much could be learned from the DBE’s proven experience in tackling adult illiteracy at scale with community partnerships through Kha Ri Gude. This innovative, award-winning programme was designed on a Cuban model that convenes in the township and village homes. Between 2008 and 2016, 4.7 million illiterate adults enrolled and about 4.3 million graduated.

The president also speaks to a different way of doing things by saying that we need to galvanise everyone to achieve this goal, shifting away from a purely top-down or expert role.

He could take it further to say that this should become a central message for the next decade to unify the nation around a common goal. Mobilising the entire nation around primary school level reading is a non-economic intervention that could give creditors greater faith in the future of the country, proving that South Africans can pull together to solve major development challenges. BM

Dr Miriam Altman is Director of Altman Advisory, Adjunct Professor at UCT’s Mandela School of Public Governance, and a Commissioner on the National Planning Commission in the Presidency. She writes in her private capacity. Altman will be writing on development economics in South Africa under the title of the Progressive Prosperity Series.