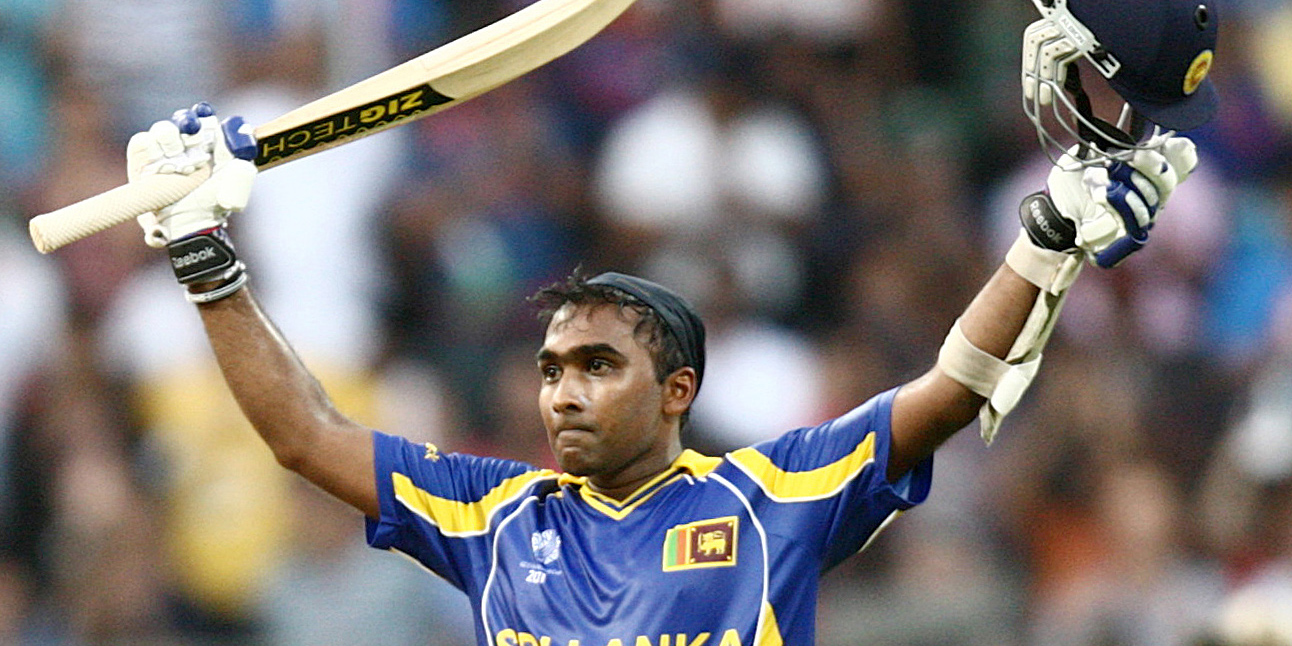 Sri Lankan batsman Mahela Jayawardene reacts after scoring a century in the final of the ICC Cricket World Cup 2011 between India and Sri Lanka at the Wankhede Stadium in Mumbai, India on 2 April 2011. (Photo: EPA/HARISH TYAGI)

Is it really possible to score 500 runs in a 50-over cricket match? Given the mood at the 2019 ICC Cricket World Cup, it could happen any day now.

It used to be that if you posted a total of 300 or more in a one-day international (ODI) cricket match, you could be pretty confident of a match victory. Any team chasing a target of 300-plus would need to score at a rate of a run a ball for 50 overs — which, for many years, seemed an all but impossible task.

Then came “That” match at the Wanderers in 2006, when Australia posted an unimaginable score of 434 for 4 (run rate: 8.68), only for South Africa to respond with 438 for 9 (run rate: 8.78). It was cricket’s equivalent of cracking the four-minute mile. Suddenly, a score of 300 wasn’t only reachable, it was (depending on the batting conditions) a new kind of minimum. And, crucially, 400 was no longer impossible. In fact, since that Wanderers watershed, 18 more teams have scored 400-plus in ODIs.

England’s innings against the hapless Afghans was an interesting one: At halfway, England were at 139; their last 25 overs brought 258 runs — thanks in large part to Eoin Morgan’s 148 (including a record-breaking flurry of 17 sixes) off just 71 balls.

Watching England pile on the runs as they did, 50-over cricket’s next unbreakable record started looking very breakable indeed. It’s clear that, any day now, a team can — and will — post a 50-overs total of 500.

England came pretty close in 2018, hitting an eye-watering 481 for 6 against a shell-shocked Australia at Trent Bridge. Incidentally, the all-time record score in a List A 50-over innings was scored in 2007, when Surrey hit a massive 496 for 4 against Gloucestershire in a Friends Provident Trophy match at The Oval. Surrey came within a boundary of cracking 500 — which in hindsight seems like a missed opportunity, given that their batsmen scored 47 fours and 22 sixes that day.

Scoring 500 in a 50-over match would require batting at a run rate of 10.00 to the over, over the course of an innings. On a small enough ground and on a generous enough wicket, that could happen. It’s already happened more than 80 times in T20 International cricket, where teams have scored a total of 200 or more in a 20-over innings. One of those times came at the Wanderers in the 2007 ICC T20 World Cup, when Sri Lanka spanked 260 for 6 off 20 overs (run rate: 13.00) against Kenya. I recall watching Jehan Mubarak scoring 46 not out in just 10 minutes that day. Given an hour at the crease, who knows what he might have done?

And who knows? If, say, a highly motivated Pakistan go into their 2019 ICC Cricket World Cup match against a dispirited Afghanistan knowing that their place in the semifinals will be determined by net run rate… well, we could see a team hitting 500-plus at this tournament.

It’s going to happen. It’s just a question of when. DM