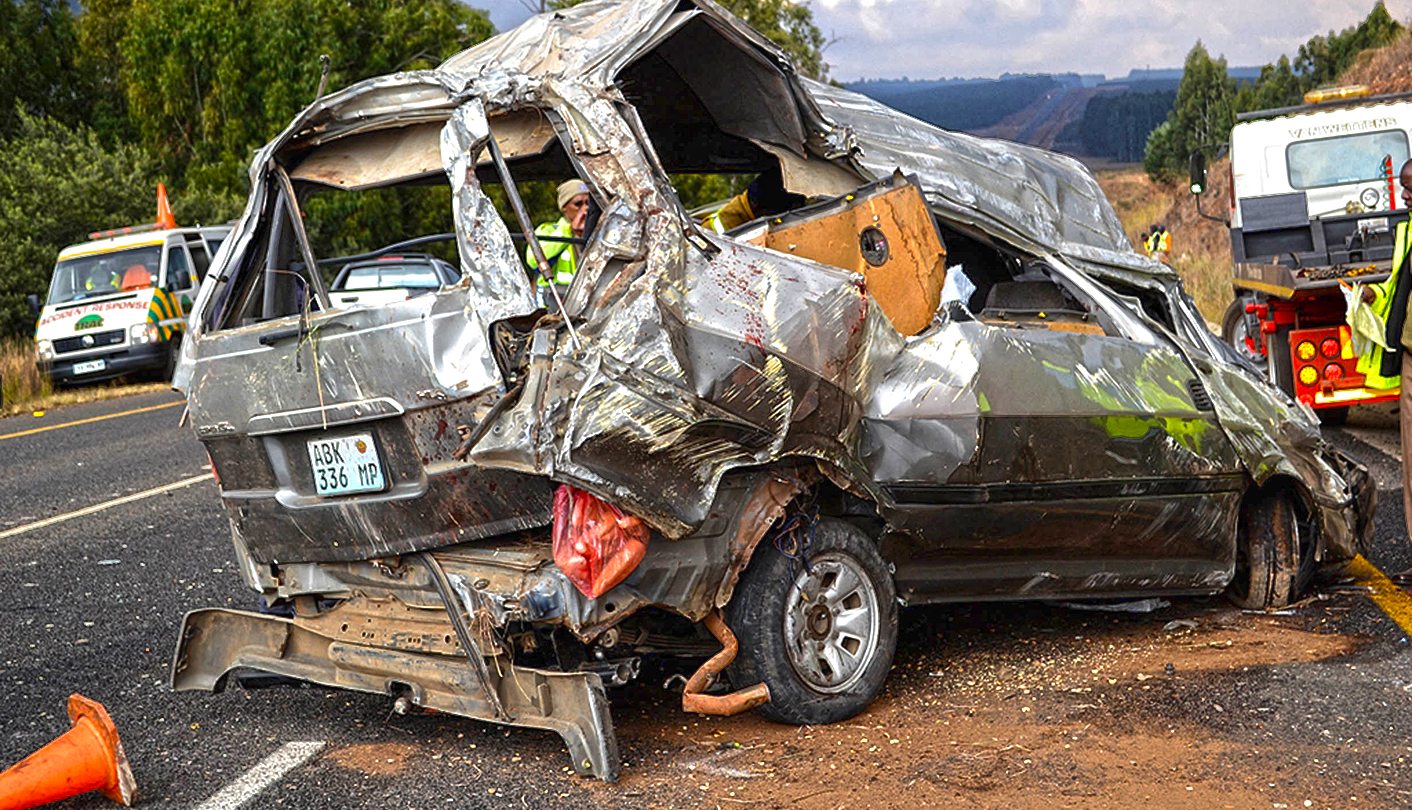 The Road Traffic Management Corporation is investigating three major accidents which resulted in the loss of 36 lives in Limpopo this past long weekend. The Department of Transport says it is deeply saddened by these events. Most of the fatalities were young people.

In the late hours of Sunday evening (16 June), while returning from a Youth Day celebration, a collision between a bus and a minibus taxi on the R81 at Maphalle, Mopani District, Limpopo claimed the lives of 24 people, and injured three others

RTMC says this was the worse collision of the weekend and it was investigating its causes.

“At this stage, all we know is that it was a head-on collision where one of the drivers lost control. However, we are not excluding anything, all the probable causes of the accident will be investigated,” RTMC spokesperson Simon Zwane said to Daily Maverick.

Part of the investigation will look at overloading.

“There were 25 people in the minibus. 24 people died. The 25th person has been hospitalised,” Department of Transport spokesperson, Ayanda-Allie Paine, told Daily Maverick.

The victims of the accidents have not yet been identified but Paine said the police have confirmed that most of the victims are young people.

“The details are unfortunately vague as this particular accident happened last night. But the police have told me that the average age of victims could be 18,” Paine said.

She also confirmed that a case of culpable homicide had been opened.

“We, unfortunately, will only know more when families come forward and identify the victims. We will only know much more once the police and RTMC have done their investigation,” Paine said.

“Minister Mbalula is horrified and deeply saddened by the tragedy that involves young people with bright futures. It is sad because now families are going to have to bury young people when we should be celebrating the valiancy of young people,” Paine said.

RTMC also confirmed that six other people died on the same stretch of road at Dingamanzi Village, between Giyani and Polokwane, following an accident involving two sedans on the morning of June 16. The cause of the accident is being investigated.

In a separate incident on the R544 between Emalahleni and Verena, another accident involving two sedans led to the death of six people and left three people injured. RTMC reported in their statement that the deceased include children aged between two and 13.

“This was the bloodiest weekend we have experience and it again points to recklessness and negligence by drivers,” RTMC CEO Advocate Makhosini Msibi said in his statement.

The Department of Transport noted that before they can find solutions to the problem they, unfortunately, have to tally all the accidents that occurred around the whole of South Africa over the long weekend, rule out why they have happened and then from there set a way forward.

However, the Deputy Minister of Transport, Dikeledi Magadzi, and the Limpopo MEC for Transport and Community Safety, Namane Dickson Masemola, will visit the scene.