Fielding to the fore at ICC Cricket World Cup

Fielding to the fore at ICC Cricket World Cup 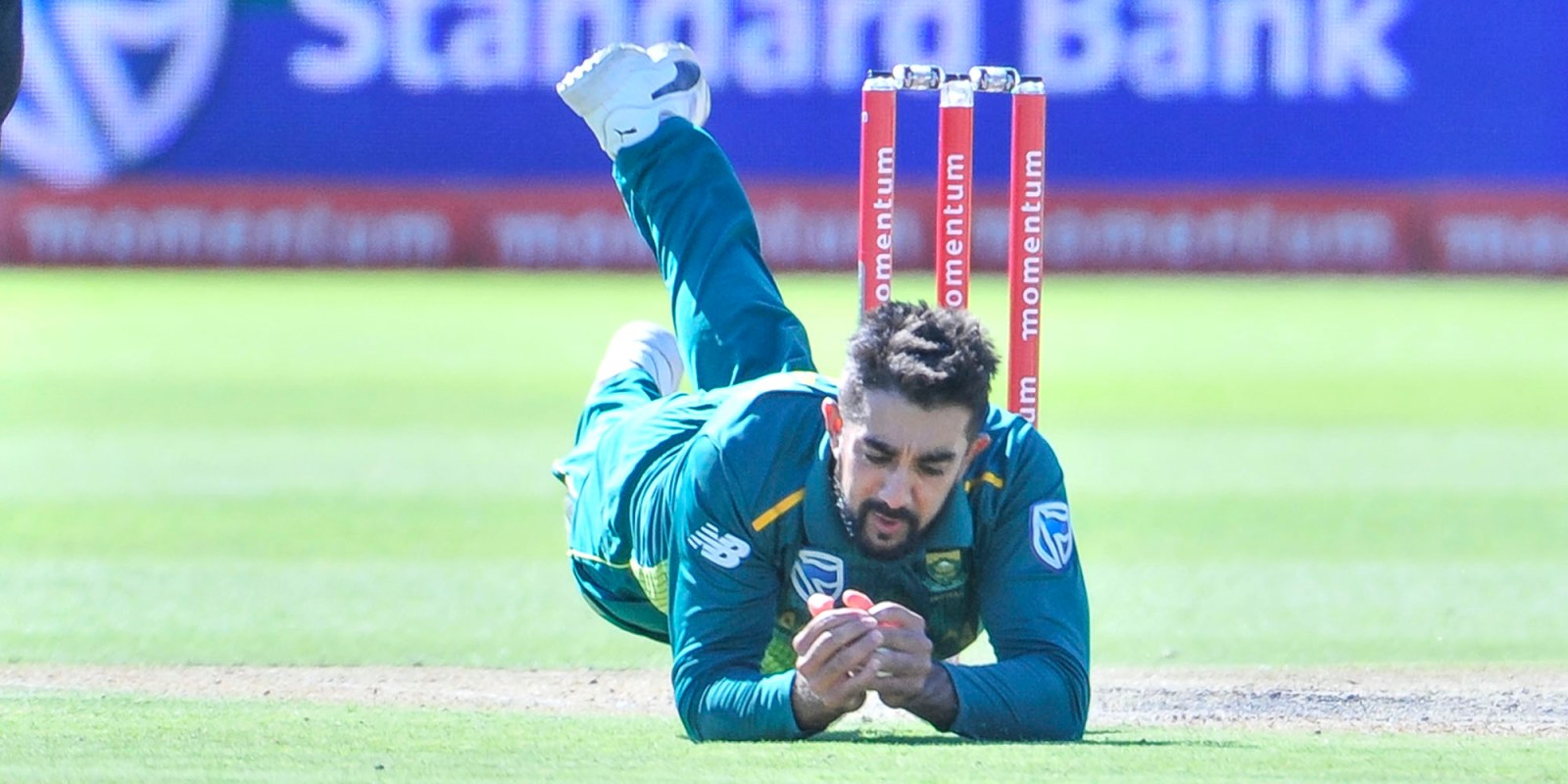 Tabraiz Shamsi of the Proteas takes the ball for a caught and bowled dismissing Thisara Perera of Sri Lanka for 12 runsduring the fourth 2019 One Day International Series game between South Africa and Sri Lanka at St Georges Park in Port Elizabeth, South Africa on 13 March 2019 © Deryck Foster/BackpagePix

While individual batters and bowlers grab the headlines, it’s the players in the field who’re making the difference at the 2019 ICC Cricket World Cup.

People used to say that Jonty Rhodes was worth 20 runs per innings, purely based on his fielding. From his familiar position at backward point (square of the wicket on the off-side), the South African tyro would – time and again, by his sheer presence and alertness – extinguish some of the batsman’s best-hit back-foot shots.

It may be an overstatement to say that Jonty changed the game of cricket; but in the modern one-day game there’s no questioning the value of an aggressive, attentive attitude in the field. England was reminded of this in their 2019 ICC Cricket World Cup defeat to Pakistan.

After beating South Africa at Trent Bridge in their opening game (thanks, in part, to Ben Stokes’s spectacular one-handed catch on the boundary to dismiss Andile Phehlukwayo), England then lost to Pakistan at The Oval (no thanks, in part, to sloppy work in the field).

“We’ve gone from probably one of our best performances in the field at The Oval to not extremely bad, but it’s cost us probably about 15 or 20 runs in the field, which is a lot in a one-day game,” England captain Eoin Morgan told the media. In the context of that Pakistan match, 15 runs was a lot indeed. England lost by 14.

“Fielding is an attitude thing, so it’s a matter of taking maybe our stand-off attitude today that we had in the field and getting it back to our positive attitude: going for everything, playing with that fearless nature, maybe taking a half chance instead of standing off a normal chance,” Morgan added.

For fans who see limited-overs cricket as an extended TV highlights package, all you’re really looking at is the big hits, the skittled wickets, and the Stokes-like catches on the boundary ropes. Batting and bowling deliver the headline statistics, and deservedly so: hit a century or take five wickets (or, better, do both), and you’re a cert for the Man of the Match award. But while you won’t find any mention on the scoreboard of two runs prevented here, or three runs saved there, it’s often the team that does the best work in the field that wins the game.

Those twos and threes – accumulated over 50 overs – make all the difference.

In some cases (South Africa being one of them), those twos and threes have slipped through because the outfielders have been carrying injuries. It’s not easy to stretch for the ball when you’re recuperating from a side strain. It’s tough to run in from the boundary when you’re nursing a tweaked hamstring. It’s painful throwing the ball to the wicket-keeper when you’re recovering from a busted shoulder.

But a handful of teams at this 2019 ICC Cricket World Cup have been guilty of flat-out laziness in the field, with a couple of players guilty of standing with arms extended, like friendly traffic wardens, guiding the ball to their team-mate on the boundary, instead of attacking that ball themselves.

Speaking ahead of Pakistan’s politically-charged match against India, coach Mickey Arthur expressed his concerns about his team’s fielding.

“Fielding is an attitude,” Arthur told the media.

“Batting and bowling is something that you can’t really control because you’re up against somebody else. Fielding, you can control. You can control your attitude in the field.”

That word again: attitude. While the individual batters and bowlers hog the headlines, it’s the team in the field – and their collective attitude – that will ultimately decide who wins this ICC Cricket World Cup. DM