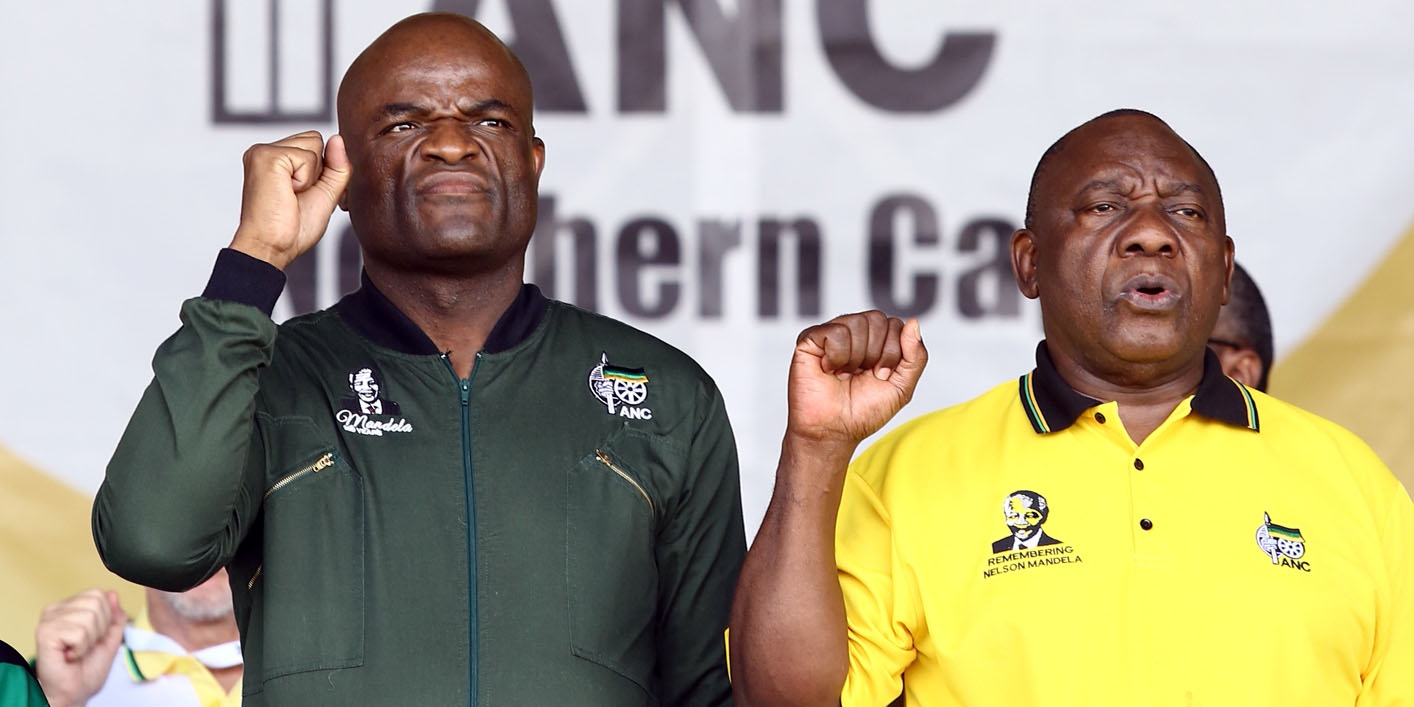 In this open letter, the premier is urged to break with the past years of neglect from the government and tackle the enormous challenges in the province.

You have certainly made a great start to your tenure as the newly minted fifth Premier of the Northern Cape. A country, thirsty for good news and ethical leadership has embraced your messages of activist leadership and people have been sharing posts and article links across social media platforms.

You have among others undertaken to not buy new cars for yourself and your executive but to rather invest in new ambulances. How can such news not be welcomed?

By accepting your appointment as Premier, you have become the custodian of a rough diamond. It is now in your hands whether it will reach its full potential and become a sparkling gem or remain a dusty stone. For too long your home province has been neglected and discarded, an orphan province that despite its size, beauty, uniqueness and presence was discarded and used as a playground for the corrupt and immoral.

You may rightfully question who we are to make such damning statements. Perhaps a little context will be useful? Last year Spotlight, an editorially independent publication of the Treatment Action Campaign and SECTION27, turned our searchlight on your province.

We were keen to understand what the state of your province’s health system was – the good, the bad and the ugly. Our experience in other provinces has been that we often will find deeply disturbing challenges but amidst the collapse or problems, we will find places that buck the trend where health workers are finding innovative ways to deliver health services. In the Northern Cape, there is a sense of resignation, pockets of health workers are trying to keep the health system afloat, but far too many who spoke to us had either left, were about to leave or did not know how long they could continue carrying an impossibly heavy burden.

There is no doubt that you have by now been briefed on the state of your province’s healthcare system by all kinds of advisers and officials and you have already indicated that you would be occupying a corner office at Kimberley’s Robert Sobukwe Hospital (did you know the name change has not been officially communicated to staff?) to hear complaints from patients. However, we wish to caution you that there is a very real danger that you will spend your time putting out fires instead of dealing with the deep systemic problems.

Spotlight has for many months, since last year, been researching the health system in the Northern Cape, reading the scant information that is available and trying to speak to as many people as possible. We visited many health facilities in the Northern Cape, in small towns such as Keimoes, Fraserburg and Sutherland and larger epicentres such as Upington and Kimberley.

After five months of trying to engage officials in your health department to afford them an opportunity to respond to our list of questions or simply to understand their challenges, we published a series of articles without them answering one, single question. It is hard to understand if they simply did not have the answers or they have become so arrogant that they do not believe they are accountable to anyone.

During our work we identified many common themes and challenges and as you chart the course of your term in office, we thought it may be useful to humbly share some of our observations and findings:

Premier, our experience has been that the Northern Cape government couldn’t care less about accountability. We truly hope this will change as you take office.

Our experience over the last six months is that there was very little effort by those in power in the Northern Cape to show any accountability. For several months, our efforts to elicit any comment, explanation or meetings with the then MEC, her adviser, the head of department or any other people in decisionmaking positions came to nothing. We would continuously try to contact those in the communication positions and despite reading our messages no response was forthcoming. All questions or requests via the media office or the HOD’s office were simply ignored. Almost 70 questions were sent to the MEC, the HOD and the head of Communications at the end of 2018. These questions were resent in early 2019 with several follow-ups. There was no effort to engage or answer the questions.

Premier Saul, you have made some truly impressive and heartening statements and commitments and have already fulfilled some of your promises. It is wonderful to see that some of these actions involved the healthcare system. However, we will be watching you closely.

Your health system is in the Intensive Care Unit on a ventilator. You cannot afford to waste any more time. Delays lead to the deaths of the poor people in your province. The people who look to you to make their lives better, to save their lives.

You quoted a poem titled Courage in your inaugural address.

To map out a course of action

Requires of the same courage

That a soldier needs.

Yes, Premier Saul, you are going to need a lot of courage to overhaul your broken health system. We wish you much courage. Going forward, you will need to look into the eyes of the desperate in the Northern Cape who have been holding on or working hard with so much courage despite the impossible odds stacked against them.

Yours in the struggle for better health

This article was written by Anso Thom, Spotlight Team.