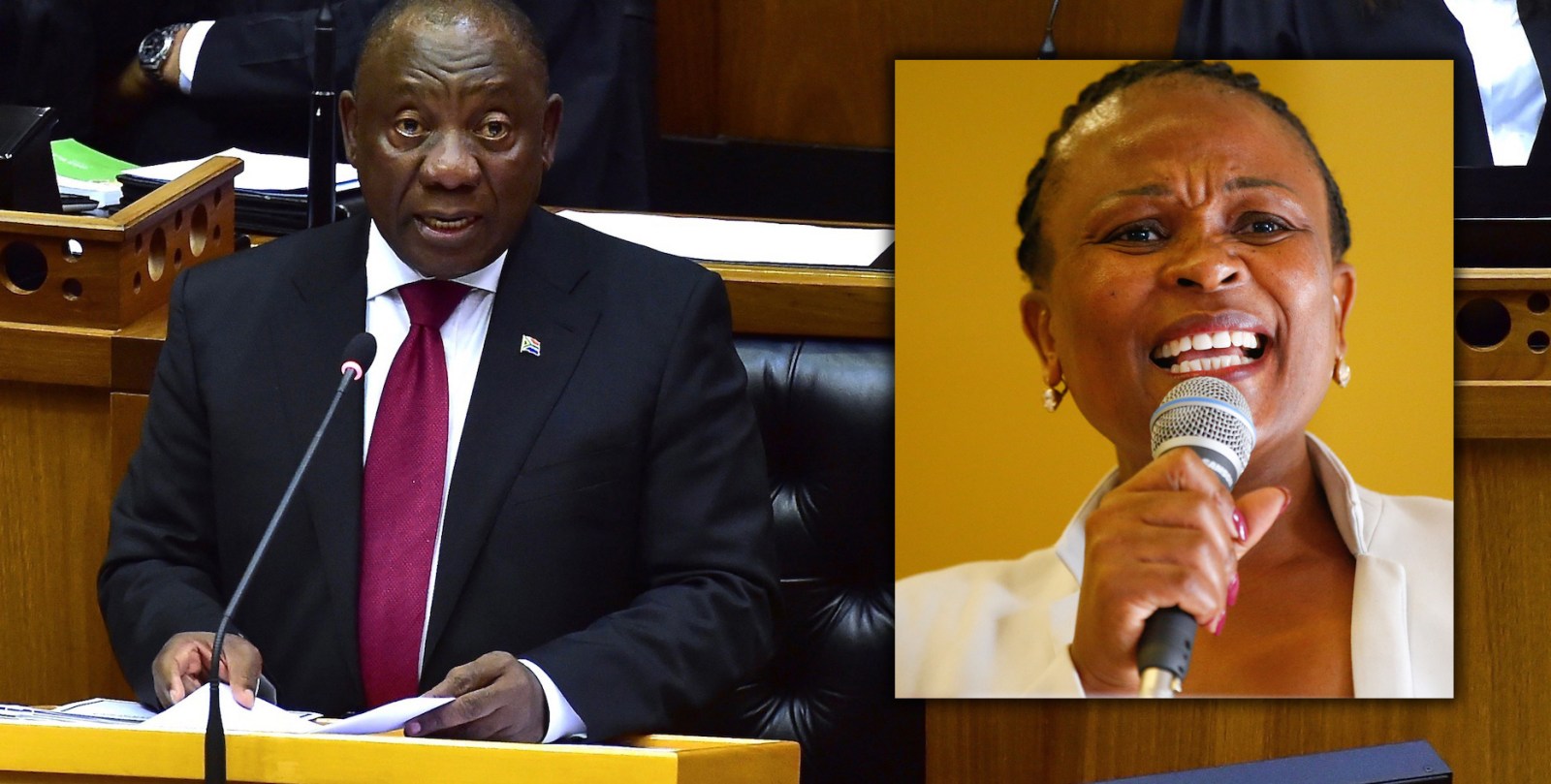 Public Protector Busisiwe Mkhwebane has given Cyril Ramaphosa until 21 June to explain the R500,000 paid to his ANC campaign after it appears he was implicated in her investigation. The President wants to question his accusers, including DA leader Mmusi Maimane.

The Presidency confirmed on Wednesday that it received a notice from Public Protector Busisiwe Mkhwebane to respond to findings in her provisional report into the R500,000 Bosasa paid to President Cyril Ramaphosa’s 2017 ANC campaign.

In a letter to DA leader Mmusi Maimane, who laid the complaint with the Public Protector, Mkhwebane revealed that she had sent the President a Section 7(9) notice on 30 May.

The notice allows those implicated in an investigation or those who could be negatively affected by a report, to comment on the findings before the final report is released.

Ramaphosa has until 21 June to respond to Mkhwebane’s initial findings.

He has applied to cross-examine several witnesses who provided evidence, including Maimane. The Public Protector has asked Ramaphosa to submit his questions to her so she can decide whether the request can be justified.

Over six months ago, Maimane asked the Public Protector to investigate whether Ramaphosa misled Parliament and if there was a conflict of interest between the President, his son Andile, and Bosasa, which has been linked to extensive corruption allegations at the State Capture Inquiry.

Ramaphosa originally told Parliament the R500,000 donation was paid to his son but when that was proven false he corrected his reply to Parliament.

The payment was allegedly made on the instruction of Bosasa CEO Gavin Watson, through subsidiaries, and into the coffers of Ramaphosa’s 2017 ANC presidential campaign.

“The President remains committed to fully co-operating with the Public Protector in the course of her investigation and to ensuring that this matter is speedily brought to conclusion,” said Diko.

Maimane’s spokesperson Azola Mboniswa said the delay in finalising the investigation was “very concerning”. He accused Ramaphosa of trying to frustrate the process.

“Having received the letter it is very clear that President Cyril Ramaphosa is embroiled in a corruption scandal,” said Mboniswa.

He accused the President of having a similar relationship with Watson and Bosasa as former president Jacob Zuma allegedly had with the Gupta family and its businesses.

Mkhwebane’s critics, including the DA, have questioned whether she is fit to hold office after multiple court rulings have criticised her investigations, but Mboniswa said Maimane would wait to see the final Ramaphosa investigation before judging its credibility.

Maimane has not received a subpoena or formal request from the Public Protector on Ramaphosa’s cross-examination request. He plans to seek legal advice if it’s approved.

A report in the Sunday Independent over the weekend claimed Mkhwebane’s provisional report found Ramaphosa had violated the Constitution and had “inadvertently” misled Parliament on the R500,000 donation.

In response, Mkhwebane’s office said: “Adv Mkhwebane and her office will not comment on the contents of any news report or leaked document that purports to be hers as that could potentially jeopardise her investigations and prejudice the subjects of the probes.” DM