A solution to the ivory trade conundrum: Buy it and burn it 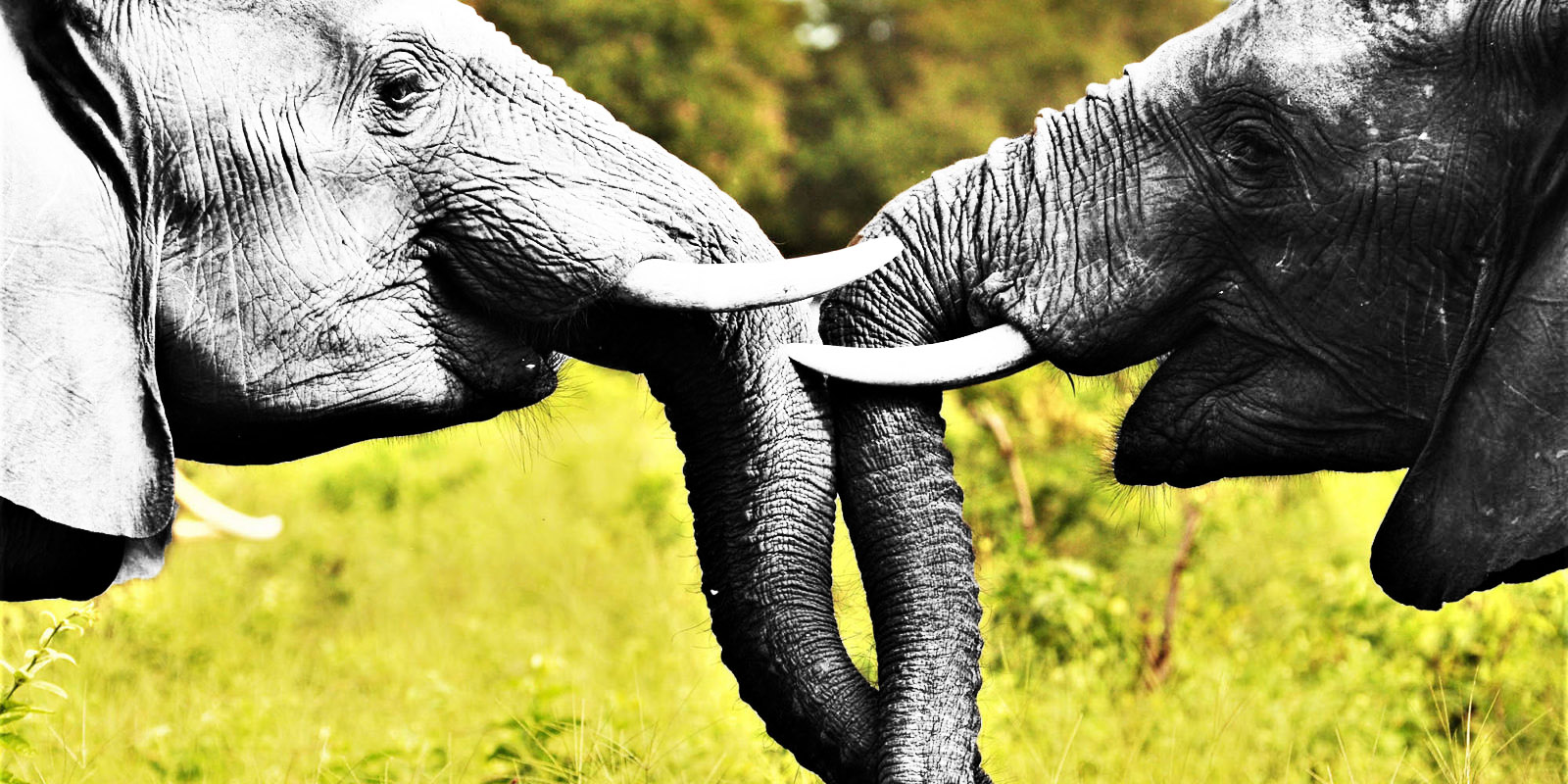 Some southern African states want to reopen trade in ivory, generally extracted from dead elephants. Opponents argue it could foster commercial ivory consumption and encourage poaching. The vogue now is an ‘ivory burn’ in which national stockpiles are put to the torch to much fanfare. But what if animal welfare organisations and donor states buy the ivory themselves and then hold their own burns? That would allow ivory to be capitalised — which can go to conservation without allowing additional supplies to enter the market.

About every three years, the “white gold” known as ivory becomes a red-hot conservation and animal-welfare issue. It is always bubbling, given well-founded concerns about elephant poaching. But it really hits the radar screens when the Convention on International Trade in Endangered Species (CITES), which is effectively a UN treaty, holds its Conference of the Parties (COP).

At such gatherings, governments decide what restrictions to place or retain on the international trade in wild animals or their harvested body parts, such as ivory or rhino horn.

A global ban on trade in ivory, spearheaded by conservationists such as the Kenyan Richard Leakey, has been in place since 1989, though CITES has since sanctioned occasional one-off sales. At the last CITES COP in 2016 in Johannesburg, Namibia and Zimbabwe made unsuccessful bids to auction ivory. In 2019, Botswana, Namibia and Zimbabwe are lobbying CITES to allow the sale of national stockpiles, which accumulate over time from seizures or ivory taken from elephants that have died from natural causes.

The COP was to have started in Sri Lanka in May, but has been delayed in the wake of the church bombings there. It will now be held in Geneva in August.

Debates around ivory are always emotional, not least because elephants are large, social and intelligent animals, so they pull the heartstrings of modern Homo sapiens — at least those of us who don’t have to live in close and dangerous proximity to them. Policies need to rise above emotion and be implemented in a way that benefits both people, especially the rural poor who bear the brunt of human-wildlife conflict, and wildlife. That includes the wider ecosystem, of which elephants, as a “keystone species”, play a critical part.

In Botswana, which has lifted a ban on elephant trophy hunting, two issues have taken centre stage. One, according to the government, is growing human-wildlife conflict. The other is the widespread perception that Botswana, with about 150,000 elephants (or much more, depending on the source), a third of the continent’s numbers, has too many of the pachyderms for the ecosystem. As a consequence, they are destroying it.

Ron Thomson made this argument in Daily Maverick earlier this week, citing reports from the 1960s of the dense bush around the Chobe area — dense bush which is now gone, riparian strips harbouring birds and smaller mammals stripped away by swelling numbers of elephants.

Yet the 1960s is perhaps not the best yardstick to use to measure the ecological impact of Chobe’s elephants. A growing number of scientists now argue that the Chobe landscape is merely reverting back to what obtained before the late 19th century, when the elephant population in the region was decimated by industrial-scale ivory hunting.

The area was a natural draw for such hunters precisely because it held a profusion of the pachyderms — and a corresponding dearth of trees and thick vegetation. Writing in 1908, Frederick Selous, a British soldier of fortune and renowned big game hunter, noted that “bushbuck in the area live in forest and bush which is seldom very dense, and through most of which the sunlight plays constantly.”

But the sunlight would soon be deflected by the advancing sylvan tide. Even as Selous was putting pen to paper in the early 20th century, Chobe’s elephant numbers were fast dwindling. By the 1930s, there was only one breeding herd left. In the 1960s and 1970s, tourists found an environment thick with a tangled mass of vegetation and cover that Selous and other 19th-century ivory hunters in the vicinity would not have recognised.

Still, there are other pro-trade arguments that can be made. The main one is to raise revenues for conservation purposes, including finding ways to mitigate human-wildlife conflicts, such as fencing and other initiatives. Since the ivory stockpiles already exist, why not extract value from them and direct the proceeds to conservation, or to compensate rural dwellers who have suffered crop damage or the loss of loved ones to elephants?

There are counter-arguments, and they are not without their merits. Aside from ivory found in the tundra from extinct mammoths and a handful of other living species such as warthogs, fresh supplies in a significant quantity (and quality) can only come from one source — dead elephants. (Rhino horn, by contrast, can be farmed, as it grows back).

Like campaigns to shame consumers from wearing fur, anti-ivory campaigners want to drive home the point that your carving or bracelet was pried from the carcass of a poached elephant. The aim is to make ivory unacceptable as an item of consumption. Any sales of legal stockpiles will send the opposite message while presenting opportunities for laundering.

This is where the pro-burning crowd waves its torches. The first ivory burn took place in Kenya in 1989, when then president Daniel Arap Moi put 12 tons to the torch.

“The next day pictures of the ivory fire filled the front pages of newspapers around the world… The whole world knew about the African elephant crisis, and Kenya had taken the lead,” Richard Leakey later wrote.

Kenya certainly blazed a trail for ivory bonfires. Many such events have subsequently been held, with ivory stockpiles burnt, crushed or destroyed in other ways. Gabon, Zambia, China, Ethiopia, Chad, Sri Lanka, the United States and the Philippines among several others have destroyed tons and tons of ivory. This, of course, is applauded by anti-trade activists and organisations such as the International Fund for Animal Welfare (IFAW).

There are several critics who have poured cold water over the idea of ivory burns. Some have noted that ivory destruction can also send a message of scarcity, triggering a spike in black-market prices and poaching. Independent verification of national stockpiles is also not always possible.

In countries with reputations for graft and poor governance (areas in which Kenya, for example, has also been a long-time trailblazer), it is plausible that not everything gets put to the torch, with the burning used as a smokescreen to secretly sell some of the stockpile. On the opposite spectrum of IFAW, organisations such as the pro-hunting group Safari Club International have noted that forensic evidence required in criminal cases may go up in smoke at ivory burns, allowing poachers who would otherwise face prosecution to strike another day.

Still, there are many donor states (which are pointedly not elephant-range states) and animal welfare and conservation groups which enthusiastically endorse the principle of ivory burns. They have a legitimate point of view and one that has wide resonance. At the same time, there are ivory stockpiles out there in relatively poor emerging market states that could fund conservation projects that benefit human and pachyderm alike.

One plausible compromise to this conundrum is what I dub the “buy it and burn it” approach. If there are conservation actors out there, be they governments or NGOs, who want to extinguish ivory markets and regard the destruction of supplies as a tool to achieve this, why not buy it and burn it yourself? There are a number of advantages to this approach.

For starters, it means national stockpiles (which could be subject to pilfering) are bought, providing the revenue stream that some southern African states are seeking. But instead of finding its way to the market, it can be put to the torch — a win-win for governments seeking to sell ivory and opponents of the trade. Both get to achieve their stated objectives.

Of course, there will be costs involved, and those are not easy to calculate. The size of ivory stockpiles is opaque — CITES member states are supposed to make annual submissions to the convention regarding the status of their stockpiles, but for security reasons, these are not made public.

But it does not seem far-fetched to suggest that tens of millions of dollars might be required, especially if other countries decided to follow suit. Could such amounts be raised between governments and NGOs? Of course, it’s possible, and there are templates at hand.

Norway is paying Indonesia $1 billion to protect its rainforests — a “buy it and burn it” campaign would likely cost far less. China has said it wants to crack down on the ivory trade and it certainly has spare change. The hat could also get passed to several European countries and Canada. And NGOs love a good campaign. One built around this could raise money to buy the ivory and then they could hold a high-profile bonfire with their name firmly branded to it. A win-win all round.

This will not resolve all the underlying issues around elephants, nor will it address all the concerns that have been expressed regarding ivory burns. But those who back them should underline that support by putting their money where their mouths are, and hold their own ivory braais. BM