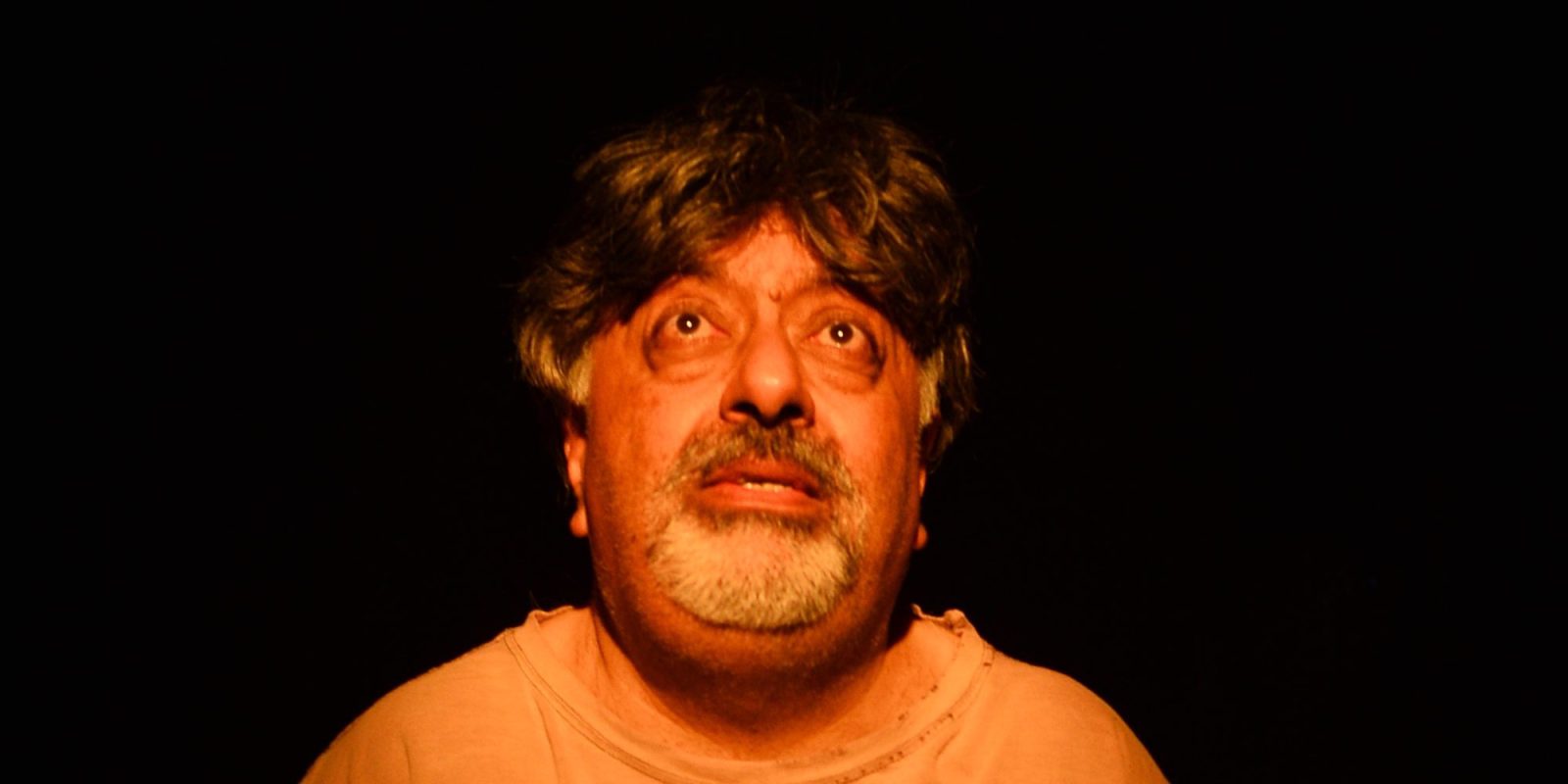 Dimitri Tsafendas stabbed to death the prime minister and architect of apartheid Hendrik Verwoerd in 1966, and the play Strange Land attempts to tell us why. The murderer was branded as insane, but this presents him as wily rather than idiotic.

With his thick-set, hangdog features he could easily pass for Tsafendas, whose melange of Greek, Shangaan, German and other blood made him a man with no tribe and no country to call his own.

Tsafendas stabbed to death the apartheid Prime Minister and architect of apartheid Hendrik Verwoerd in 1966, and the play Strange Land attempts to tell us why.

The murderer was branded as insane, but this one-man play presents him as wily rather than idiotic.

Spanoudes is riveting, holding our attention as he flips backwards and forward in time to piece together his story. His thoughts and actions could be madness or genius, coupled with smart asides to remind you he’s acting the fool to avoid the noose.

Spanoudes gets the physicality spot on too, managing to beat himself up in prison torture scenes, and vividly reliving memories that have him living on a boat or cowering in a submarine.

The script by Anton Krueger is a reworking of his earlier play called Living In Strange Lands, which he crafted from archival research, interviews with some of the officials involved, transcripts from the trial and by drawing from other plays and essays. This version has been substantially updated based on the book The Man Who Killed Apartheid by Harris Dousemetzis, which was published in 2018 and called for records to be changed to declare that Tsafendas was a sane man who committed a political assassination.

Krueger paints Tsafendas as a man on a mission, driven by the honest belief that killing Verwoerd was the only way to topple a tyrant who was destroying so many lives with his barbaric racism. The moral and very necessary response to a man who is dividing the world by cruel and nonsensical skin-tone classifications.

Together the playwright and actor present a man who was largely sweet and good-natured, scarred by a life that was cruel and disappointing despite his best efforts. His Greek father lied about his mother, their Shangaan housemaid in Mozambique, who was sent away and replaced by a socially acceptable Greek step-mother. What does it take to be a hero, the character asks in reflecting on his father: The strength to fight or the strength to love?

As a kid, he was tormented by classmates for his mulatto background. But mostly he’s painted as a man damaged by apartheid, where his classification was changed twice, but hindered him either way.

The powerful script is laced with thoughtful philosophising and simple common sense, a commodity largely eliminated by apartheid. Every day you see Verwoerd committing a crime that hurts thousands of people, Tsafendas recalls. By killing Verwoerd he’s guilty of a crime, but he’d also be guilty if he didn’t do anything to stop it, he reasons. Then he reflects sadly on the result of his actions, which fanned the flames rather than stamped them out.

The lighting by Nomvula Molepo is excellent and the set by Nthabiseng Malaka is fascinating, with shapes and items that suggest a harbour, a table that doubles as a submarine, and a backdrop of ropes that I thought were ship’s rigging until I realised they were hangman’s nooses.

Background sounds from partisan struggle songs to metallic prison clanks by Yogin Sullapen also heighten the mood, except for an occasional high-pitched whine that just annoys.

Director Jade Bowers ensures the stage is used to its full potential, with Spanoudes coming to the front and sides to draw us into his world. The pace varies nicely, sometimes an intimate confessional, other times a lively demonstration. It’s just beginning to feel a little over-long when the stories all fold into the final few moments.

It’s an impressive production, a moving performance and a convincing argument that Tsafendas wasn’t mad at all. DM

‘Strange Land’ runs at the Market Theatre until June 16. Tickets from Webtickets.