What doesn’t break Boko Haram in Niger makes it stron...

What doesn’t break Boko Haram in Niger makes it stronger 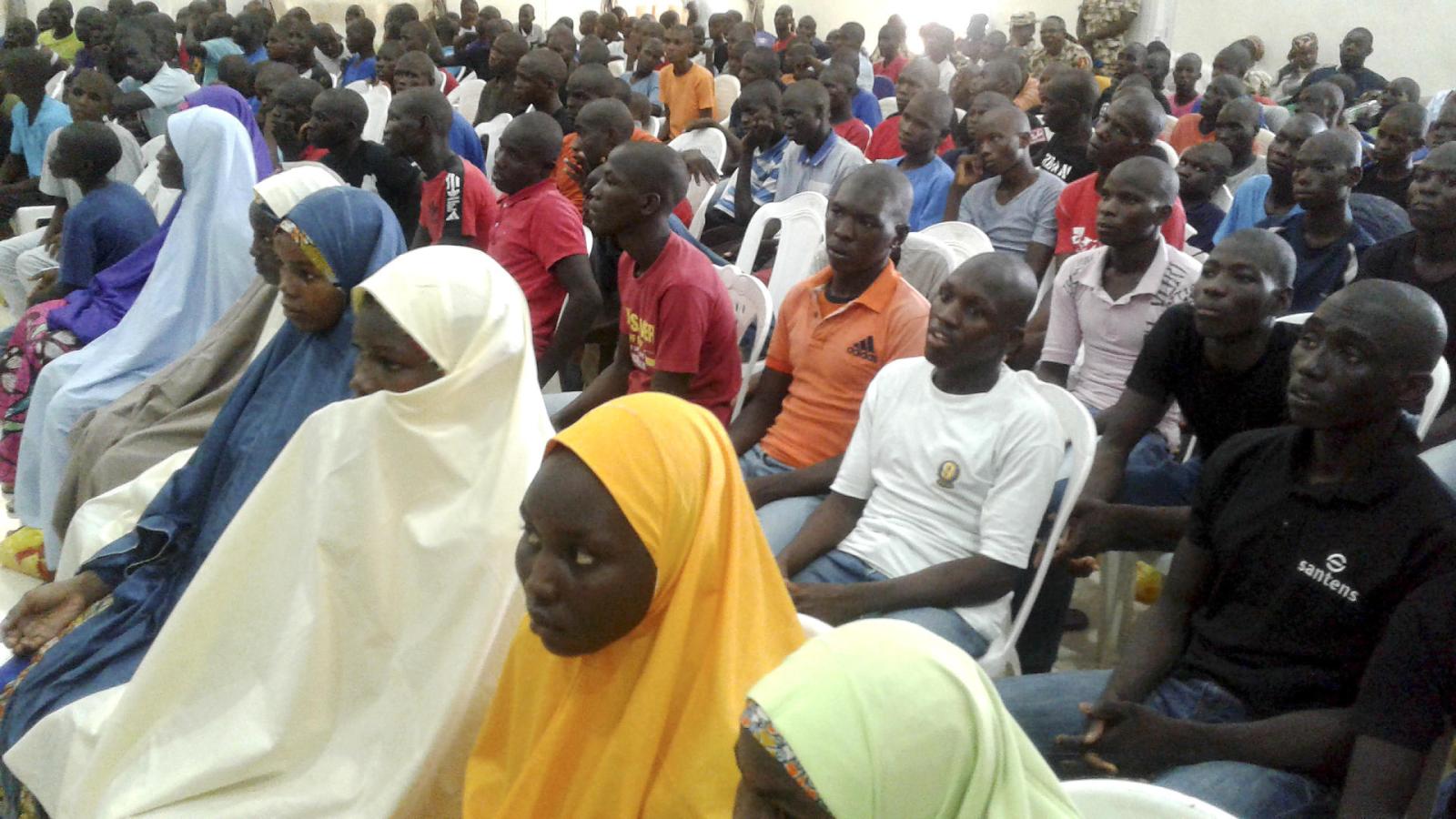 People attend a handing over ceremony of 184 children and youths allegedly used by Boko Haram insurgents as fighters and suicide bombers, being handed over by the Nigeria military to UNICEF for de-radicalization, rehabilitation, and psychological treatment in Maiduguri, Nigeria, 25 July 2018 (Issued 26 July 2018). EPA-EFE/SANI RABIU

Since the beginning of 2019, there’s been a growing number of attacks in Niger’s Diffa region, largely claimed by Islamic State in West Africa Province (ISWAP), a faction of Boko Haram. Between January and April over 60 incidents were recorded. This already exceeds yearly numbers since Boko Haram first struck Diffa in 2015. ISWAP incursions into Niger are varied and strategic, targeting civilians as well as defence and security forces. A civilian death toll of 88 was recorded in March alone.

On 17 January, ISWAP attacked the military post of Toumour. On 29 April it attacked a military position 50 km outside Diffa. Both attacks were aimed at seizing weapons and ammunition. On 9 April the group launched a coordinated suicide attack on a gendarmerie post in Diffa which killed two officers and wounded five. Then, on 26 April, for the first time in the region, ISWAP attacked a humanitarian organisation’s compound.

The current surge of ISWAP incursions into Niger coincides with a recent change in the group’s leadership. The attacks also raise concerns about the group’s resilience and adaptability, despite national and regional responses.

Over the past decade, three episodes of factional leadership struggles have tested Boko Haram’s resilience. The first ideological and strategic dispute happened in 2012, leading to the creation of Jama’atu Ansarul Muslimina fi Biladis Sudan, the faction better known as Ansaru.

The second led to Boko Haram’s 2016 split. Abubakar Shekau, who succeeded Boko Haram founder Muhammed Yusuf in 2009, pledged allegiance to Islamic State of Iraq and Syria (ISIS) leader Abu Bakr al-Baghdadi in 2015. Then in 2016, Abu Musab al-Barnawi, the late Muhammed Yusuf’s son, left Shekau’s faction and was recognised by al-Baghdadi as ISWAP’s leader. This was at the expense of Shekau, who leads the Jama’atu Ahlus-Sunnah Lidda’Awati Wal Jihad (JAS) faction.

The third dispute happened around March this year when al-Barnawi – perceived as weak, moderate and too inclined to negotiate with Nigerian authorities – was deposed in favour of Abdullah Ibn Umar al-Barnawi. This seemed the final act in a power struggle within ISWAP with the leadership triumvirate of Abu-Musab al-Barnawi, Mamman Nur and Ali Gaga.

ISWAP’s recent attacks in Niger and its neighbouring Lake Chad Basin countries show that these leadership changes have not significantly degraded the group’s operational capabilities. Having reorganised after the settling of internal scores, the group has demonstrated its capacity to regenerate. This is clear by the proliferation of attacks.

The group’s differences over leadership style, war strategy and ideology seem to have increased ISWAP’s resilience instead of weakening it. The splits have created new factions that offer alternatives to potential supporters and increase recruitment capabilities.

For instance, while the ISWAP faction was inclined to negotiate the release of the Dapchi girls a month after their abduction in February 2018, the JAS faction resisted negotiating the Chibok girls’ release for three years. Their differences present a spectrum of choices for recruits – from moderate to hard-line. Splintering also allows emerging factions to negotiate alliances with regional and global terrorist networks.

To both counter and prevent violent extremism over the years, Niger and its regional and international partners have implemented a series of responses. Although useful, they haven’t eradicated the threat.

After Boko Haram’s first attack in Diffa on 6 February 2015, Nigerien authorities took action aimed at militarily and financially crippling the group. Military operations were accompanied by a state of emergency in the Diffa region. This included restricting people’s mobility in order to limit the group’s infiltration, and banning the production and marketing of pepper and smoked fish – a livelihood for many – to stem Boko Haram funding.

In March 2015 the government extended curfew hours and the duration of the state of emergency for three more months. This led to protests by the Comité de veille citoyen, a coalition of civil society organisations in the Diffa region. The coalition said these measures hadn’t ended Boko Haram’s attacks in the area.

In December 2016 Niger introduced a programme offering amnesty, rehabilitation and socio-economic reintegration to those who voluntarily left Boko Haram. Despite some of the population regarding amnesty as a reward for violence, and also fearing reprisals from Boko Haram, the government built a camp in Goudoumaria to house the first group of Boko Haram defectors. The camp currently hosts over 250 people.

However, these desertions haven’t degraded the group enough and implementation of the reintegration programme has faced problems. This is increasing frustration for a population that continues to endure attacks, and for Boko Haram returnees who remain stuck in the transit camp.

ISWAP’s resilience is a major challenge for Niger and its partners in deciding how to deal with the terror group. Interventions must target the factors that make Boko Haram adaptable. To stem recruitment by both ISWAP and JAS, responses that alienate the population must be avoided. The focus should be on the root causes of joining Boko Haram.

Civil protection should be prioritised, and weapons caches must be protected so that they aren’t used to resupply terrorist groups. Only through approaches that protect, empower and reinforce community resilience, will Niger turn the tide on Boko Haram. DM