There’s a robot on my stoep: Job security in the age of 4IR 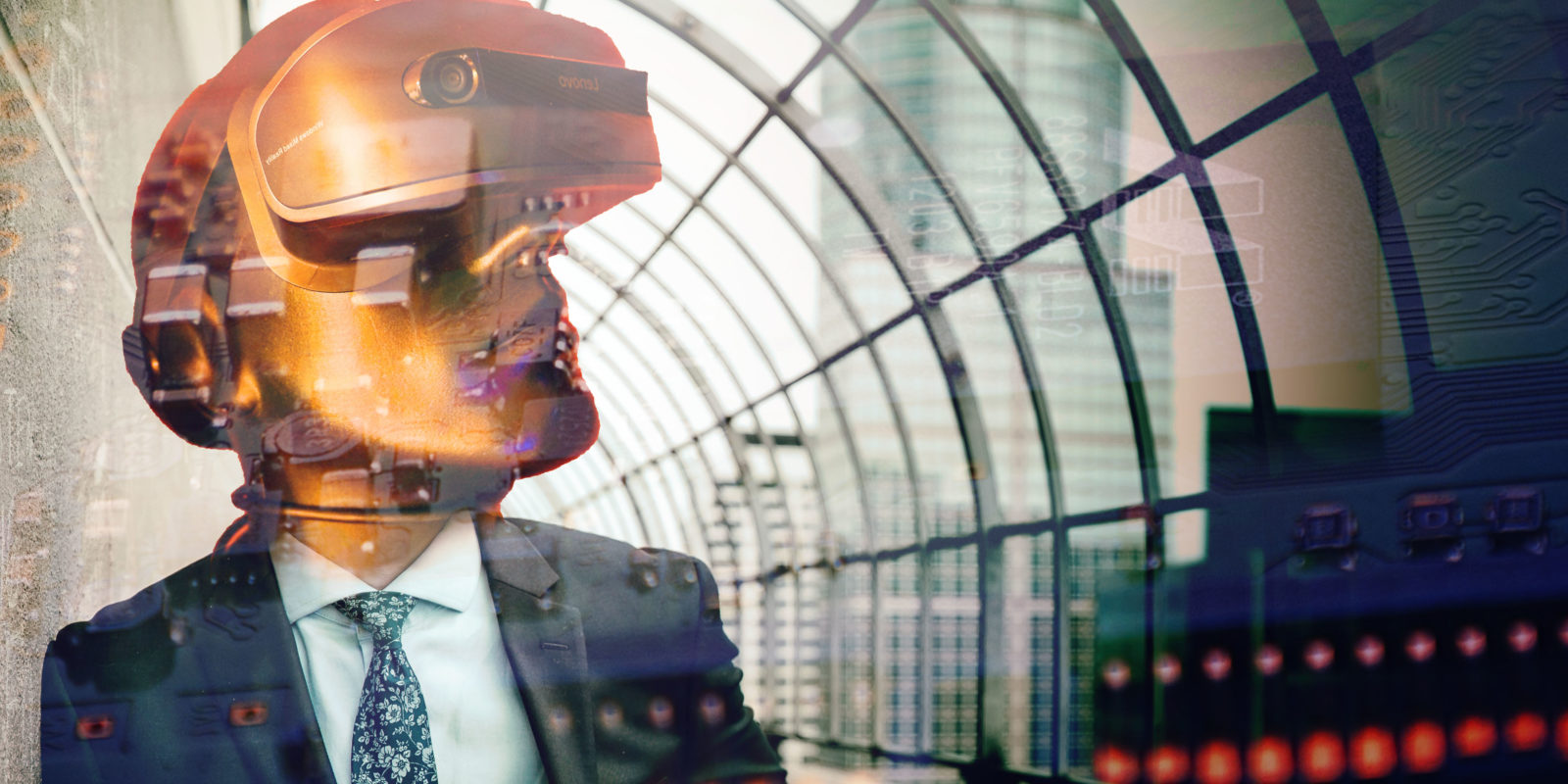 Robots are taking over the world – or at least, that’s the prediction being made in the era of the Fourth Industrial Revolution. And the jobs that are most at risk in South Africa are those of the emerging black middle class as the 4IR looks set to accelerate social inequality and deepen the class divide.

No matter what profession you’re involved in, you’ve probably heard by now that there’s a robot coming to take your job. Until recently, the threat of automation was largely confined to blue-collar work. But, the emergence of Artificial Intelligence (AI) is swiftly throwing white-collar work into sharp relief and with it, the middle class – already under pressure from a general malaise of stagnant income growth – now also finds itself under threat of technological unemployment.

The implications of technological unemployment for the growth and stability of South Africa’s middle class are complex and dire. As we celebrate 25 years of freedom, SA’s established middle class remains small and demographically unrepresentative. Black South Africans dominate the emerging middle class where they balance precariously on the rungs of SA’s social mobility ladder. Sadly, technological unemployment threatens to dislodge their footing further.

Last year, Stellenbosch University’s Daniel Le Roux released his widely publicised study, which found that the “occupations performed by almost 35% of South African workers are potentially automatable in the near future”. According to Le Roux, black South Africans work in jobs with the highest probability of automation.

Many new entrants to the middle class tend to be employed in the routine and repetitive white-collar jobs that we’ve all heard are easily automated. Examples include, but are not limited to, bank tellers, accounts clerks, office administrators and people working in transport logistics.

These are precisely the kinds of jobs that have created opportunities for those from disadvantaged backgrounds to get a leg up into the middle class in post-apartheid SA. Often people in these jobs are the first in their family with an office job, the first with a formal qualification, the first to buy a car, or perhaps even the first to qualify for a home loan. Now, however, the gains that they’ve made look set to be eroded, creating new problems for SA’s post-apartheid transformation project.

We’re starting to see what impact new technology is having on routine white-collar jobs in the banking sector. In September 2018, Nedbank made headlines when it started installing software robots that could potentially eliminate 3,000 jobs. Similarly, in March 2019 it was reported that 1,200 Standard Bank jobs are at risk due to the imminent closure of 91 of the bank’s branches because it is becoming more digitised. Then there’s also the recent story about Absa bank potentially cutting back 827 jobs as part of a new strategy, which includes the need to improve its competitiveness relative to its more digitally savvy competitors.

Alongside traditional banks expanding their tech solutions, a new generation of “digital banks” have also made their appearance in the past three years or so. These new banks run entirely on mobile platforms operated by AI. They don’t have physical branches staffed by people.

How does our nation move forward trying to expand the middle class, as the jobs that have traditionally sustained it start disappearing?

It is argued that those with specialised skills – a combination of advanced technical skills alongside significant social capital as well as indomitable entrepreneurial drive – will not just survive the transition to the Fourth Industrial Revolution (4IR), but also thrive in it.

But recent research reveals a worrying picture in SA. Studies show that the evolution of the 4IR reinforces the historic cleavages that exist in our economy and in our society. Beyond job losses, the 4IR also produces inequality as a result of skewed access to finance, technology and other opportunities to participate in high-tech industries evolving from it.

For example, the Greater Cape Town area, which includes Cape Town and Stellenbosch, has a community of approximately 450 entrepreneurial software companies. It is touted as SA’s Silicon Valley. A recent study of software entrepreneurship found a “very high prevalence” of angel investing in the sector. The study emphasises the importance of geographic location and social networks as key factors for success among tech entrepreneurs.

Living in Cape Town and being able to work from coffee shops along the coast is a special point highlighted by the study. While the study doesn’t offer any racial analysis, an inspection of the tech companies listed by it, notably those launched in the past five years, reveals that the founders of a majority of these companies are white men.

At the same time, a Stellenbosch University study about agriculture and the 4IR in the Western Cape found that one of the key reasons commercial farmers are able to take advantage of the technologies of this new era is because they’re tapping into their global networks for information about innovation. The study cautions about the unfolding digital divide between commercial and smallholder farmers.

With evidence suggesting that SA’s racial and economic fault lines are deepening in the 4IR, it’s never been more important than the present moment to understand what impact the current technological revolution is having on our labour market as well as how it is influencing the structural shifts in our economy. Indeed, when the World Economic Forum conducted a global survey in 2016, it found that one of the main barriers to planning for the future of work in SA is “insufficient understanding of disruptive changes”.

The automation problem, as many South Africans perceive it, is about how to protect existing jobs as well as expand new job opportunities while at the same time embracing the 4IR. While this may seem like a reasonable objective, in truth it embodies a conceptual contradiction because embracing the 4IR necessarily encompasses accepting the idea that automation reduces human involvement in jobs. This has clear policy implications for how we plan for a future where fewer people will be employed in permanent salaried jobs.

And while there certainly is some merit in the argument that every new industrial revolution introduces hitherto unheard-of jobs to absorb the army of job-seeking workers, the reality of the current technological revolution is that new jobs will be created higher up in the value chain in companies that require significantly smaller workforces. Consider the fact that WhatsApp employed a total of 55 people when it was sold to Facebook for $19-billion in 2014.

Currently, there seems to be an expectation in SA that the gig economy will offer relief to those destined to lose their jobs to automation. This view overstates the idea that people can make a living from gig work created by platform companies and is at odds with the global perspective, which is more attuned to the recognition that the gig economy is turning out to be highly exploitative.

Emerging evidence suggests that platform capitalism also mutates in high-inequality economies to exploit vulnerable workforces in a manner that supports the prevailing economic status quo. We see this in how Uber has adapted its model to SA’s inequality.

The fact that Uber’s self-employment model is exploitative is well known globally. In recent days, we’ve witnessed Uber’s less than impressive IPO listing also being marred by protesting drivers in multiple cities around the world demanding better pay. But Uber’s model has been modified in SA to produce even worse exploitation than the international experience. Many Uber drivers in SA don’t own the cars that they drive. Instead, wealthy South Africans purchase fleets of vehicles and then engage drivers to work for them in exchange for splitting the already-low earnings that the drivers make via the app. Even with this high level of exploitation, the barriers to working for Uber appear high for South Africans. As one reputable international publication reports, the majority of Uber drivers in the city of Cape Town are African migrants.

Finally, not only are the jobs created by platform capitalism precarious, but a recent international study also argues that the platform economy is revealing itself to be every bit as rapacious as finance capitalism. The study contends that the platform economy actually “accelerates the trends and characteristics” of finance capital, thus also raising questions about its inability to “generate stable long-run growth”.

It is evident that the 4IR presents multiple challenges to the expansion of SA’s black middle class. At the same time, the squeeze on the middle is real and also part of a global crisis of labour force polarisation. There’s a lot of attention being paid to the issue of polarisation in advanced economies where sanctuaries of first world stability with vast middle classes driving consumptive economic growth are suddenly looking less secure as a result of automation.

One reaction to this crisis of the middle class is the fact that tech billionaires, the people who develop the technologies of the future, are among the most vocal advocates of the universal basic income. When tech entrepreneurs look into the future, not only do they see further than the rest of us, they also see what’s coming around the corner. It’s worth reflecting on the fact that their response to the crisis doesn’t focus on skills development and job creation, but on expanding the social safety net.

Given our crisis of poverty, South Africans appear ill at ease about a focus on the middle class. However, it should also be pointed out that the expansion of SA’s middle class is not just important for economic growth; it is also linked to our project of redress because the social mobility of black South Africans was purposefully blocked during the apartheid era.

With evidence already pointing to a racial fault line developing between those who are able to capitalise on the opportunities of the 4IR and those who are being exploited by it, we must act decisively to identify bold new solutions to avoid a situation where people get left behind again. This demands a re-alignment of our values as a society.

It also calls for us to start having a better national conversation about how to take care of each other as South Africans. DM

Fazila Farouk is the founder and former publisher of the South African Civil Society Information Service, a social justice commentary service that operated from 2008-2015. She is a PhD candidate at UCT.