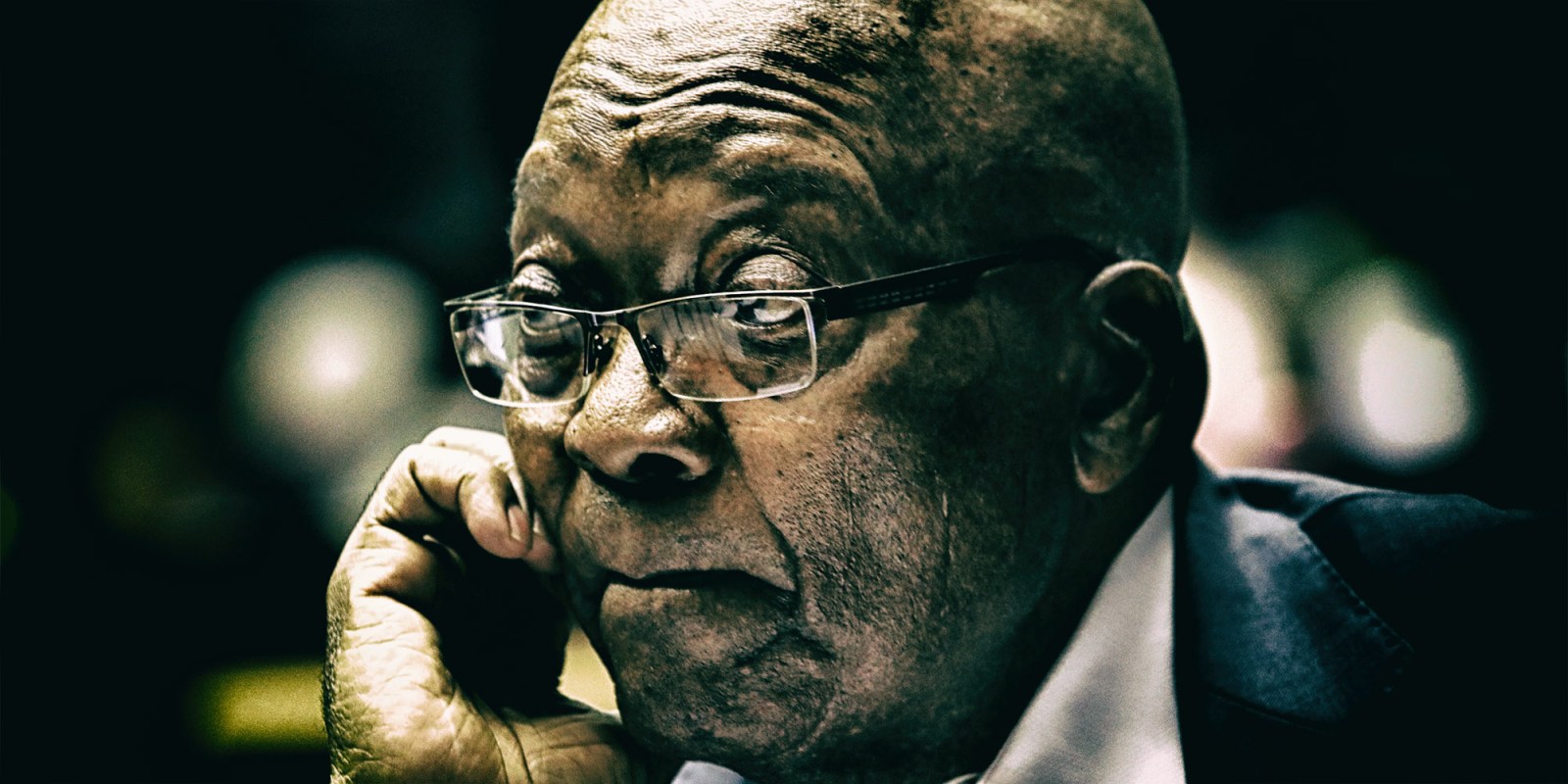 Jacob Zuma’s attempt to have corruption charges against him dropped is a tall order, but that doesn’t mean he’ll go on trial any time soon.

Former president Jacob Zuma stood in the dock at the Pietermaritzburg High Court on Monday for barely a minute. The court agreed to postpone his criminal trial to 15 October 2019 and he returned to sit with his lawyers on the counsel benches.

Zuma is fighting to never return to the dock, at least not on these charges.

The court on Monday began hearing his application for a permanent stay of prosecution, with his lawyers arguing that corruption charges related to the 1999 Arms Deal should be dropped.

Zuma’s fate has long been tied to the fortunes or misfortunes of the National Prosecuting Authority (NPA) — as president, he appointed three national directors of public prosecutions (NDPPs) — and on Monday his legal team effectively put the institution on trial.

“The NPA cannot come to this court with dirty hands, with hands dripping of constitutional violations of accused persons and then say, ‘We demand to exercise our duty to prosecute,’ ” said advocate Thabani Masuku SC, for Zuma.

“That’s classical apartheid prosecution, dangerous weapons in the hands of the state where they can simply torture someone out of his mind. They know the person has been tortured, but they nonetheless still want to prosecute him.”

The Constitutional Court has set a high bar for a stay of prosecution applications. Zuma needs to prove he has suffered significant prejudice that would impede his right to a fair trial. His lawyers implored the full Bench of the court to halt the case due to the exceptional circumstances surrounding the charges.

The first issue is timing. Zuma faces 16 charges, including racketeering, corruption, money laundering and fraud, related to the hundreds of payments he allegedly received from his former financial adviser Schabir Shaik and an alleged R500,000 a year the pair wanted from French arms company Thales to protect it from investigations into the arms deal.

Shaik was charged in 2003 and convicted in 2005. Shaik’s appeals were dismissed and he began serving his 15-year prison sentence before he was released on medical parole in 2009 due to a supposed terminal illness.

Advocate Muzi Sikhakhane SC (he of SARS Rogue Unit fame), also representing Zuma, said the NPA should have prosecuted Zuma alongside Shaik, rather than wait 15 years, if it wanted to charge him.

The case itself has a long and complex history, but the charges were brought again against Zuma in March 2018 after the Supreme Court of Appeal (SCA) upheld a ruling that said the 2009 decision by NDPP Mokotedi Mpshe to drop the case was irrational.

“You will find no occasion in these 5,000 pages before us when the postponement was because of (Zuma). Yes, he may have wanted to make representations, but that is his right as a litigant where he feels that his rights are violated,” said Sikhakhane, blaming the NPA for the delays.

The NPA is set to attribute the delays to Zuma’s Stalingrad strategy — his litigious defences and appeals.

The former president needs more than an undue delay in prosecution to avoid facing the criminal charges.

That’s where allegations of political interference come in, built on the revelations in the so-called spy tapes.

Zuma’s lawyers said the discussion caught on the spy tapes between former Scorpions boss Leonard McCarthy and former NDPP Bulelani Ngcuka, who had by then left the NPA, about whether Zuma should be charged before or after the ANC’s 2007 elective conference in Polokwane was a clear example of political interference and wrongdoing by the NPA.

“We plead with the court to look at the violations that I’ve set out as exceptional circumstances that have not happened in post-apartheid South Africa, about how we pursue human beings that have wronged us,” said Sikhakhane.

Sikhakhane challenged the court to explain how Zuma could receive a fair trial when the NPA was tainted. The most recent SCA judgment ruled that Ngcuka and McCarthy’s conversation had little bearing on the merits of the case.

“The submission I am making is even if we are weak on every point, even if Mr Zuma postponed all the matters himself in the past 15 years because he’s a Stalinist, it is exceptional that constitutional violations happened by an organ of state whose power is one of the most serious because it can limit our liberties,” said Sikhakhane.

Zuma’s supporters filled the front row of the courtroom and appeared confident the advocates had landed a blow for their leader. Hundreds of supporters waited outside to hear from the former president.

Before singing his trademark Umshini Wami, Zuma told the crowd the charges were politically motivated and must be thrown out as his rights had been violated and witnesses had died.

It was a scene that has been repeated each time Zuma has appeared in court, and is likely to be seen again. Monday was the first of four days set aside by the court to hear the stay of prosecution application.

Either Zuma or the NPA could potentially appeal against the Pietermaritzburg High Court’s ruling at the SCA and then the Constitutional Court, meaning it’s unlikely Zuma will return to the dock on 15 October as a criminal defendant.

The hearing will continue on Tuesday with lawyers for arms company Thales, accused number two in the case, also arguing for a stay of prosecution. DM