City of Cape Town moves 19 families to a new transition... 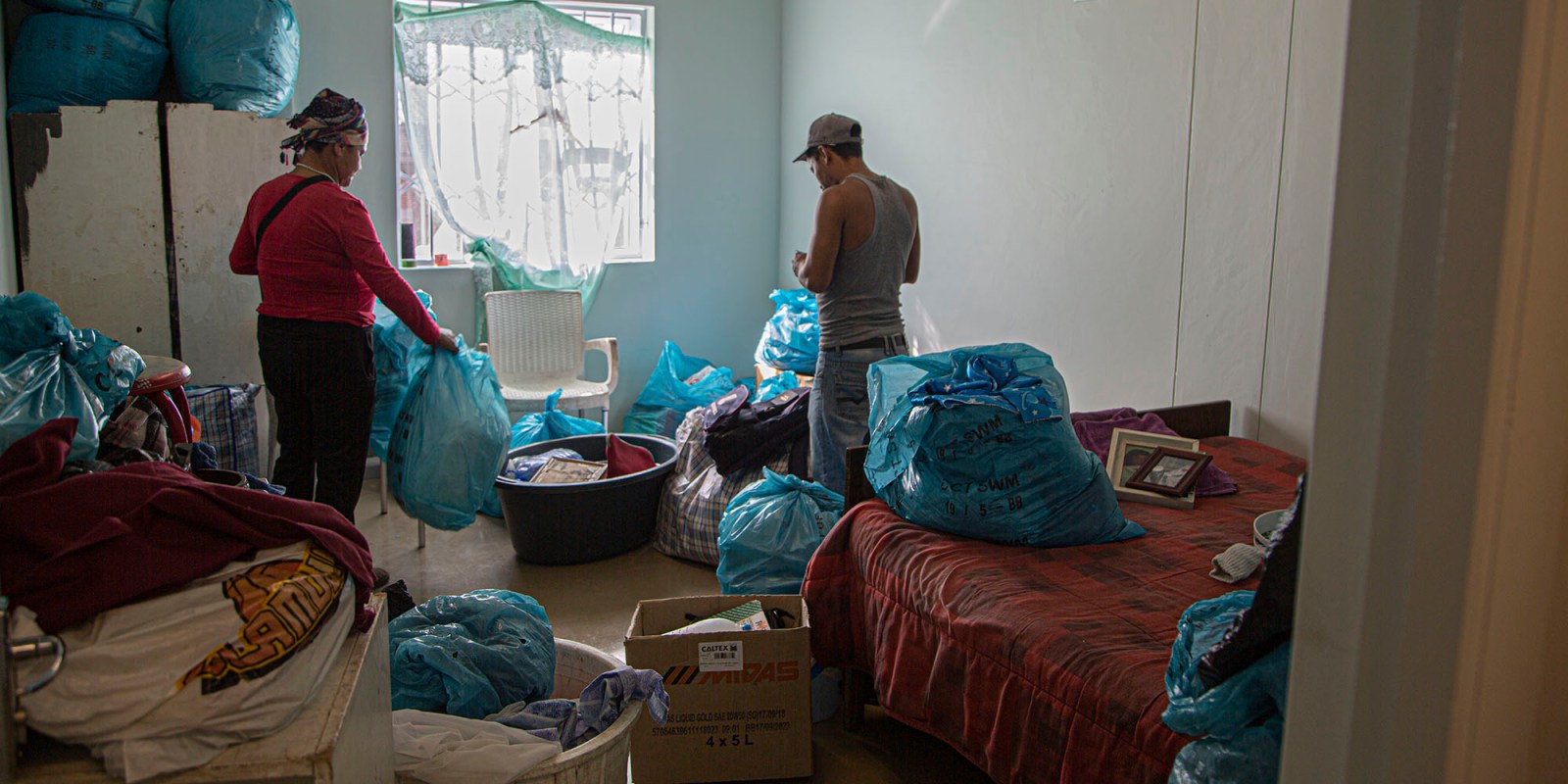 Two residents move their belongings into a transitional housing unit in Salt River. Residents of the Pine Road informal settlement moved to this facility on Monday, 20 May 2019. Photo: Jonah Dylan

Breaking with the past practice of moving people to transitional housing facilities as far as 30km from town, residents who have agreed to leave the Pine Road informal settlement in Woodstock, Cape Town, will move just one kilometre to the Pickwick transitional facility in Salt River. Depending on how much a household earns, the former Pine Road residents could eventually be moved to social housing or state-subsidised Breaking New Ground housing.

On Monday, 20 May, the City of Cape moved 19 families from the Pine Road informal settlement in Woodstock to a transitional facility in Salt River, saying it was “the first of its kind in the city and in the country”.

Inadequate housing is a critical issue in the country, including in Cape Town, with ongoing protests flaring up in other areas in the Western Cape such as Strand and Caledon.

This transitional facility is regarded as the first of its kind because it will allow people “to wait in decency”, Malusi Booi, the City’s mayoral committee member for human settlements, told Daily Maverick.

Families are often moved to emergency housing after they have lost their homes to fires, or to low-income households while they wait for permanent housing.

“People will be moving from this site (Pine Road) to the transitional facility where they will be waiting for their final destination,” said Booi.

The Pickwick transitional facility, in Pickwick Street, Salt River, is a kilometre from the Pine Road informal settlement.

Depending on how much a household earns, the former Pine Road informal settlement residents could either be moved to social housing or state-subsidised Breaking New Ground (BNG) housing.

In 2018, when the Pickwick transitional facility was not complete, Reclaim the City and evicted residents from Woodstock, who were to be moved to Blikkiesdorp and Wolwerivier, protested outside the house of mayoral committee member for transport and urban development Brett Herron. Herron had said it was important for more emergency housing to be located closer to the city.

Maxine Bezuidenhout, an activist from Ndifuna Ukwazi, wrote in March 2018 that it was unacceptable that people were “being forcibly relocated to isolated relocation camps”.

The 19 families were moved from the land on Pine Road in Woodstock because it has been earmarked for social housing.

Abeeda Nelson has lived in the Pine Road informal settlement for 30 years, with two other people.

“I’m excited to move to a better place,” she said on Monday.

“It’s a great step,” said Deena Bosch, a Woodstock Chapter leader from Reclaim the City. “We need more of these,” said Bosch.

“You can’t furnish it like a bachelor apartment; these are working-class families, there are lots of them,” said Bosch.

The Pickwick transitional facility has two floors with communal bathrooms on each floor, while the bedrooms can accommodate only one bed. The facility, which cost R11-million, has communal kitchens and access control for the tenants’ safety.

“I’m very happy. I like this place a lot,” she told Daily Maverick.

Booi said that people could remain in the Pickwick transitional facility for between two and three years.

William May, who lives on Pine Road, echoed what Ward 89 councillor Monde Nqulwana said about people’s reluctance to move from one place to another. May said he and the six people he lived with would not be moving.

“We don’t want to be moved from here to another small place,” May said.