R1.4bn and counting: The extra cost of Transnet’s que... 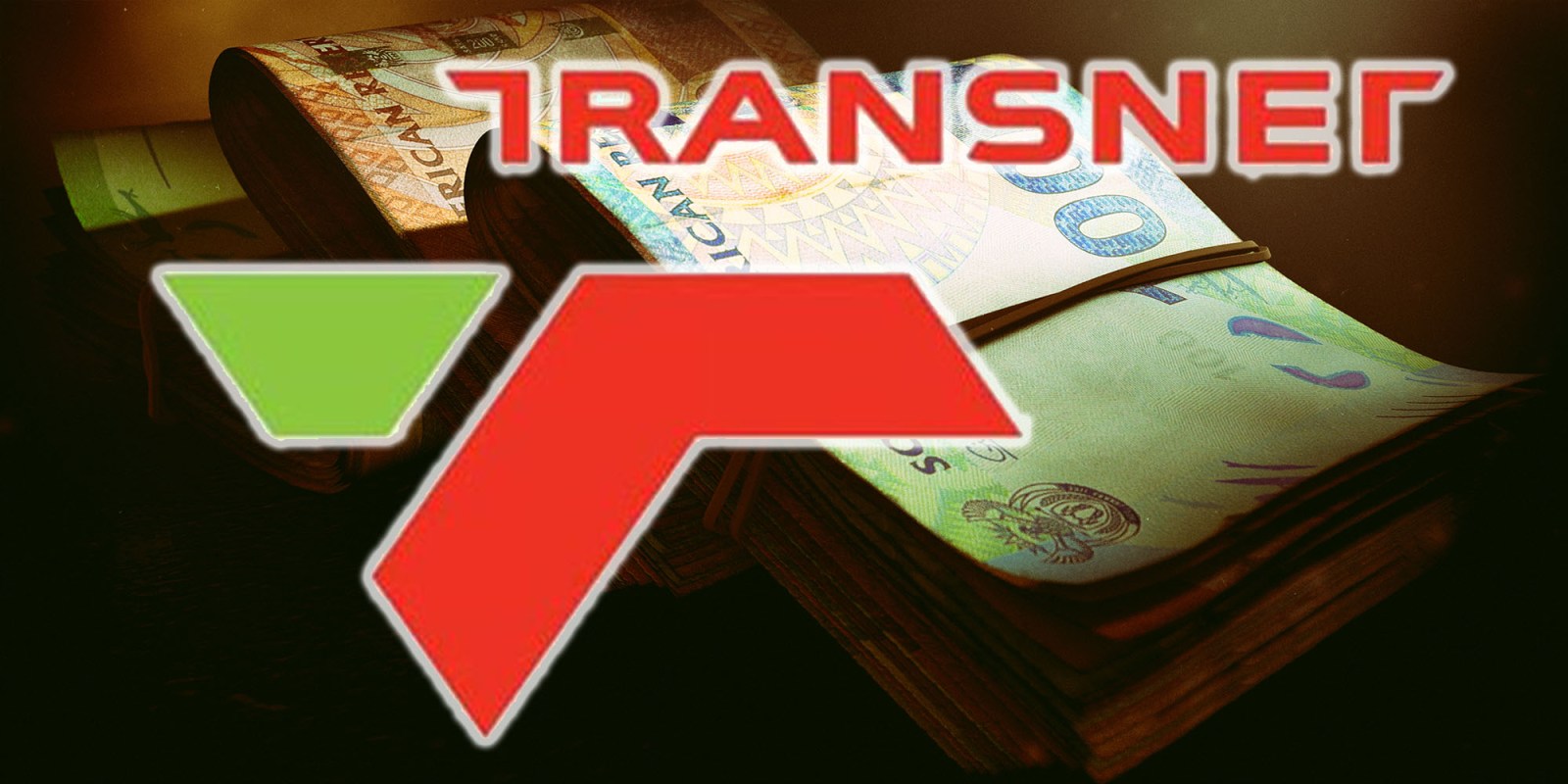 State Capture commission hears how a series of controversial interest rate swaps performed on a package of loans totalling R23bn were arranged with the help of two Gupta-linked companies which raked in huge fees without valid contracts being in place.

A deal sealed on the eve of Nenegate in 2015 has saddled Transnet with an additional R1.4-billion in loan costs — roughly half of which comes courtesy of two Gupta-linked financial advisory firms that are central to the State Capture scandal.

This is the figure calculated by Transnet for the additional costs it had incurred as at February 2019 following a series of controversial interest rate swaps that were performed on a package of loans totalling R23-billion about three years previously.

The swaps were arranged with the helping hand of Regiments Capital and Trillian Capital Partners, which raked in huge fees without valid contracts being in place.

Further losses calculated over the 15-year lifespan of those loans are projected to exceed R3-billion, according to the parastatal’s acting group chief executive, Mohammed Mahomedy.

The swaps followed a pool of loans sourced by Transnet from various lenders to help fund the acquisition of 1,064 locomotives, a deal also marred by kickback allegations involving the Guptas. Transnet had signed the loan deals at a floating interest rate with a variety of lenders, including the China Development Bank, Absa, Nedbank, Futuregrowth and Old Mutual.

The ink on the loan agreements had barely dried when suddenly a grand plan was hatched to hedge the interest rates payable on the loans — despite Transnet’s own treasury unit advising against it.

Regiments was allegedly irregularly roped in by Transnet executives to execute the swaps, essentially having a different entity step in as a counterparty to take on the floating interest rate and allowing the parastatal to pay a fixed rate instead, Mahomedy said.

Whatever the intentions of the arrangement, it did not quite work out to the benefit of Transnet, which ended up paying R785-million more as a result of swaps done with Nedbank and another R696-million through swaps executed with the Transnet Second Defined Benefit Fund (TSDBF) as a counterparty, the commission heard on Thursday.

Mahomedy testified that such was the “push” for this deal, it was as if someone out there knew something big was about to happen.

Based on the magnitude of the transaction, the deal required a lot more diligence and the decision to enter into loan agreements on fixed or floating rates should have been properly considered at inception, not after the loan deals were signed.

“These are realised losses of R1.4-billion as at February 2019 and the gap between the floating and fixed interest rate has not closed,” Mahomedy said.

He said unrealised losses through to the end of the transaction in 2030 were expected to incur further losses and based on forward curves of interest rates, and taking all other relevant factors into account, Transnet was projecting an additional R1.8-billion in losses as a result of the swaps.

“The outlook on the interest rate does not change on a daily or weekly basis unless there is quite a significant event to create a swing in market conditions,” Mahomedy said.

“Why was there such a push for this deal? What information was available and to whom? It’s as if someone knew something big was coming,” he said.

Coincidentally, the green light for the first of a series of interest rate swaps came mere days before former finance minister Nhlanhla Nene was fired on December 9 2015.

In response to a question from the commission’s chairperson, Deputy Chief Justice Raymond Zondo, about whether all this was the result of incompetence or a criminal agenda, Mahomedy said:

“Transnet had not done such interest rate swaps for many years. This begs the question for why now, why this one.”

One had to draw the inference that it was done to benefit Regiments, considering the significant amount of money that flowed to the company, he said.

Regiments, the commission heard, landed the swap deal on the back of an earlier advisory contract it had inherited from global consulting firm McKinsey & Co when the international firm walked away from the deal, citing concerns about an extremely short timeframe of six weeks within which to conclude its work on the 1,064 locomotives deal.

That earlier contract was specifically to advise Transnet on funding and deal options for the locomotive purchase but Regiments ended up sourcing a loan from the Chinese Development Bank, raking in a R166-million success fee in the process.

When the swap deal arose, Regiments was appointed to execute that too, and the company would then bring Trillian in as a “supplier development partner” to assist for a fee of R93-million.

Regiments and Trillian are presently embroiled in a bitter legal battle with the Transnet pension fund, which had been used as a counterparty for some of the interest rate swaps. The fund, in court papers, said Regiments was its fund administrator at the time and had no authority to use the fund as a counterparty.

It described the “fees” raked in by Regiments and Trillian in the deal as money laundering emanating from a criminal conspiracy.

Mahomedy told the commission that the swap deals somehow surfaced at Transnet around December 2 2015, when the company’s then deputy treasurer, Danie Smit, wrote to Gary Pita (then the acting chief financial officer) and Phetolo Ramosebudi, Transnet’s head of treasury. For more on Ramosebudi, see this article by Amabhungane’s Susan Comrie.

Smit told them the interest rate swaps were not a good idea for Transnet and pointed out it would cost the parastatal an extra R200-million a year in interest at least.

Pita seemingly did not agree and wrote back that “it’s well written and I understand the logic”.

The next day Ramosebudi fired off a memo for Pita to approve not only the swaps, but also the appointment of Regiments.

He said Ramosebudi motivated for Regiments to be appointed on its earlier mandate for the 1,064 advisory contract, even though that contract had terminated months earlier.

“There had been no procurement process for these swaps and Pita was not authorised to appoint the company,” Mahomedy said.

Mahomedy said a subsequent review of the swap deals had unearthed a request from Nedbank for written approval from Transnet for the value of the transaction — after the swaps had been done.

He said the bank’s Moss Brickman wrote to Ramosebudi on March 16 2016, thanking him for the opportunity to participate in Transnet’s hedging requirements.

“As per our discussion, in order to close the loop on the transaction, it would be appreciated if you could share with us the special authority granted to you to go ahead with the hedging. We are still awaiting the signed confirmation but are aware that people are travelling,” Brickman writes.

He then tells Ramosebudi that Nedbank’s compliance unit seeks a letter that Transnet had looked at the transaction and the rates concluded and that the parastatal was satisfied with the pricing and value thereof.

“They are looking for something along these lines,” Brickman wrote as he captured the exact essence of what the Transnet letter should say.

Mahomedy said Ramosebudi, later that day, sent the letter as requested, except it looked like copy and paste job from the specifics contained in the email sent to him by Brickman.

Justice Zondo, having listened to a full day of staggering testimony by Mahomedy said:

“Until we hear from implicated parties who may come and present plausible reason, it appears that some of those acts were just a blatant disregard of process and procedures.” DM

The commission resumes on Friday with testimony by Transnet electrical engineer Francis Callard.