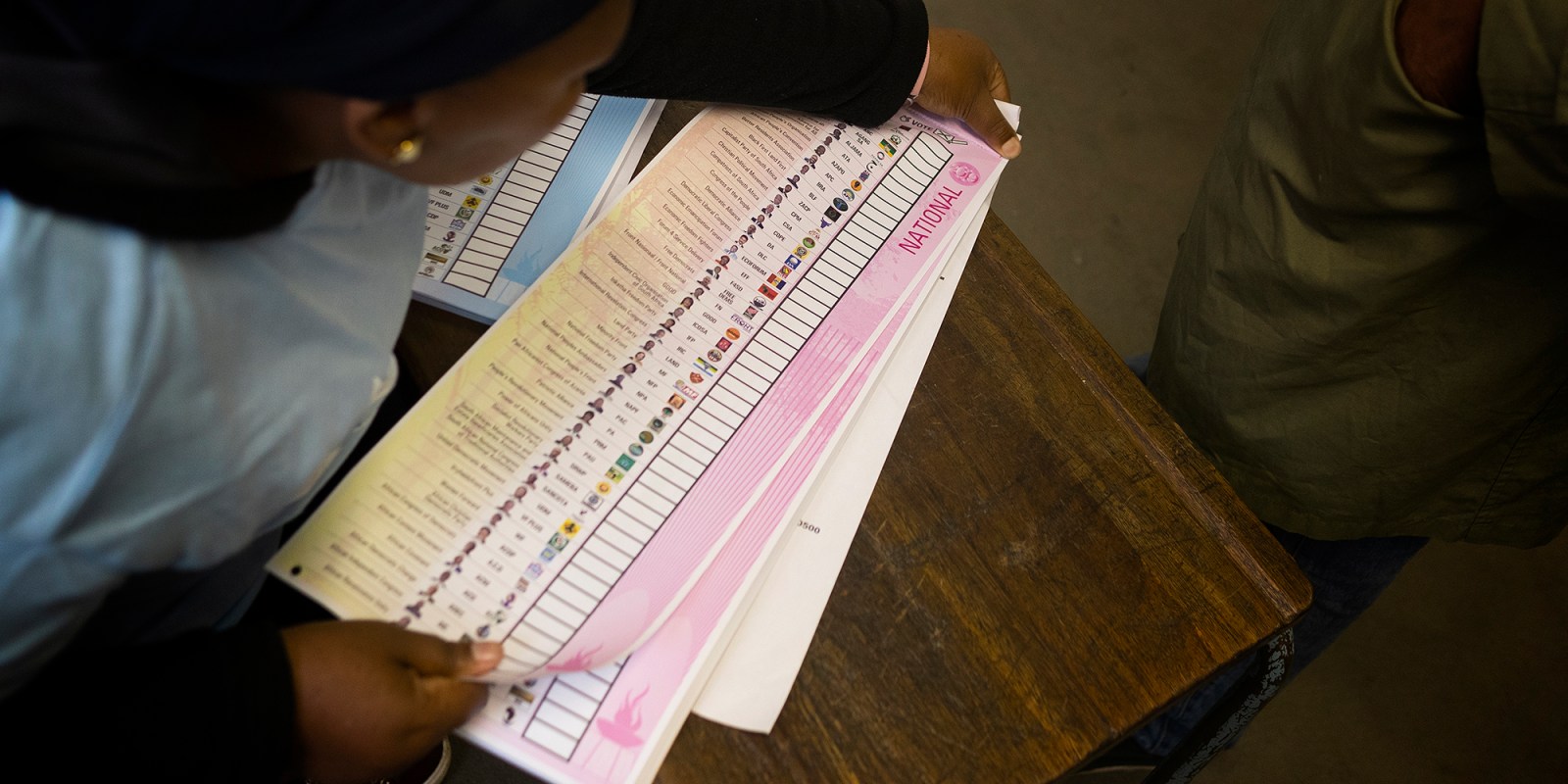 An Independent Electoral Commission (IEC) worker (L) issues a ballot paper to a voter in the general elections at a polling station in Masiphumelele, Cape Town, South Africa, 08 May 2019. Millions of South Africans head to the polls as the country holds its 5th general election since its first democratic election at the end of apartheid. EPA-EFE/NIC BOTHMA

Voters across the country chose to split their support and give ANC national but not provincial votes.

Many voters made a somewhat unusual decision at the polls last week and decided to split their vote, meaning they voted for one party provincially and another party nationally. In the Western Cape, for example, the DA earned about 55% of the vote provincially but only 52 percent nationally. The same thing happened in Gauteng, where the ANC earned more national than provincial support.

The ANC’s national support dropped drastically from 2014, but President Cyril Ramaphosa may have had his support strengthened in a different way.

It’s too early to say exactly why so many voters chose to split their votes, but political analyst Ralph Mathekga said it could speak to the support for Ramaphosa.

“It shows that at a national level, people do trust Ramaphosa, they believe that he can take the ANC to another level. But when they look at the structure of the ANC at the provincial level, they are not satisfied,” Mathekga said.

The ANC earned less provincial support in all nine provinces, although the gaps in support varied in how large they were.

While the theme of the ANC gaining more national than provincial support was not entirely new to this election, the divides were much wider than they’d been in the past.

Mathekga said the split could also speak to the discontent with DA national leadership. Leader Mmusi Maimane has been thrust under the spotlight as his party earned only 20.76% of the national vote, down from 22.23% in 2014. The DA also lost support in both Gauteng and the Western Cape, despite earning significantly more provincial votes than national ones in those provinces.

Mathekga added that the act of vote splitting is one that only a very specific group of voters consider. While some voters don’t fully understand the difference between provincial and national votes, the people splitting their votes are usually the more highly educated of the electorate, he said.

“It is a very, very complicated manoeuvre. And one thing I can say is that it is not something that is common. This is something that will be done by very educated voters,” he said. “The middle class and the rich would most likely be the ones that would engage in such a complex manoeuvre.”

Naturally, ANC and DA leaders had different takes on why so many people decided to split their votes.

DA Western Cape leader Bonginkosi Madikizela blamed a “narrative” aimed at convincing voters that they needed to support Ramaphosa for the apparent split in votes.

“This narrative has been perpetrated by businesspeople, by journalists, by political analysts, this twisted logic that you need to give Ramaphosa a strong mandate in government in order to reform the government,” he told Daily Maverick. “And I think we tried to really debunk that but I guess some people bought into it.”

ANC provincial elections head Ebrahim Rasool told Daily Maverick he was encouraged by the people who voted for the ANC nationally and said the party still has work to do in the province. Many people “understood” they needed to give Ramaphosa a strong mandate but still don’t trust the ANC in the Western Cape, he said.

IEC ready for 8 May as votes from abroad trickle in