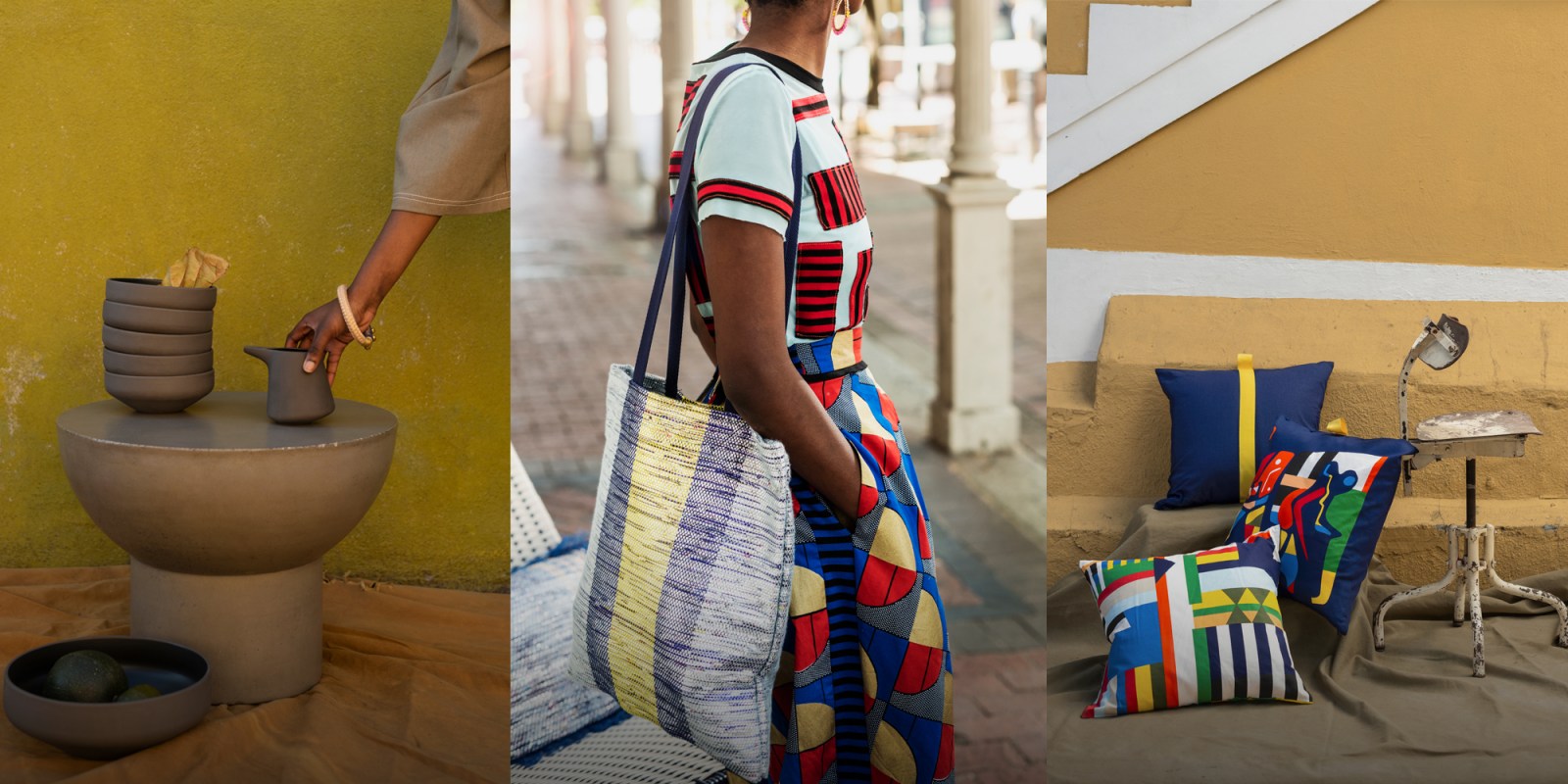 Since 2014, IKEA, the Swedish ready-to-assemble furniture company, has released a one-off collection of limited-edition pieces every year. These pieces are the result of a collaboration between their in-house design team and international creative visionaries. At Design Indaba 2019, IKEA’s latest limited-edition design collaboration ÖVERALLT was unveiled, boasting a 33-piece collection created by 10 designers across Africa.

Where Creative and Commercial Collide

IKEA’s leap into limited collections and collaborations started in 1995 when Marcus Engman, then a member on the product development team, helped design the first Post Scriptum (PS) collection for the furniture retail giant. This collection saw IKEA’s original range reinterpreted into products that were more modish rather than Scandi-chic allowing the brand to merge the worlds of creativity and functionality.

In 2015, IKEA launched its first collaboration collection, SINNERLIG, with Ilse Crawford, a Danish-born British designer known for designing iconic spaces such as Soho House in New York, Babington House and pieces for Georg Jensen. Since 2015, IKEA has worked with both established and up-and-coming designers such as Tom Dixon and fashion activist and stylist, Bea Åkerlund (whose clients include Beyonce, Lady Gaga, Rihanna and Madonna) to expand and stretch their design limits within the global retail sector. At Design Indaba in 2017, IKEA revealed that it was in the process of developing a new collection with designers from across Africa with the theme of the collection focusing on Urban Rituals. When IKEA designer, Johanna Jelinek who also spearheaded the project, was asked what Urban Rituals meant to her she explained: “You have your morning rituals, coming-home rituals, taking-the-train rituals; there are so many rituals and you do it your way, it’s very personalised. I think it’s really important. Rituals connect people through the past and the present and give a feeling of belonging; you can land in your rituals.”

Two years later, the result of focused workshops, public work sessions held at Design Indaba 2017, Skype calls and a long trail of e-mails is ÖVERALLT – a collection that brings together the heart of African culture, inspired by 10 designers – Selly Raby Kane, Laduma Ngxokolo and Sindiso Khumalo, architect Issa Diabaté, designer Renée Rossouw, husband and wife duo Bethan Rayner and Naeem Biviji of Studio Propolis in Kenya, Mariam Hazem and Hend Riad from Reform Studio in Egypt and product designer, Bibi Seck – with the modification to make these products suitable for mass-production, influenced by five members of the IKEA design and development team.

“With IKEA, they can order up to a million products and the idea that this is a global launch is really an amazing opportunity for all of us and also an amazing endorsement of African design. We are doing things here that are contemporary and are relevant. We have relevant stories to tell”, explains fashion designer Sindiso Khumalo.

Products in the ÖVERALLT collection include Studio Propolis’ solid eucalyptus table and accompanying benches, multi-purpose cast-iron tableware as well as heat-resistant glass jugs all inspired by Kenyan outdoor dining rituals. In and outdoor rocking chair and footstool crafted by Bibi Seck, the sustainable tote made from recycled chip packaging production, created by Hazem and Riad of Reform Studio, the functional, easy-to-assemble chair and shelf, designed by Issa Diabaté as well as the braided baskets reflective of the ritual of hair braiding created by fashion designer and artist Selly Raby Kane. True to his love of patterns and textures, Laduma Ngxokolo created the vibrant rugs and cushions in the ÖVERALLT collection while Rossouw and Khumalo worked together to create and illustrate the textiles on other items such as shower curtains and cushion covers included in the limited-edition range.

So, what’s to be said of IKEA’s design collaborations? Bibi Seck reflects: “This is how design makes the world smaller and brings people of different cultures closer together.” ML