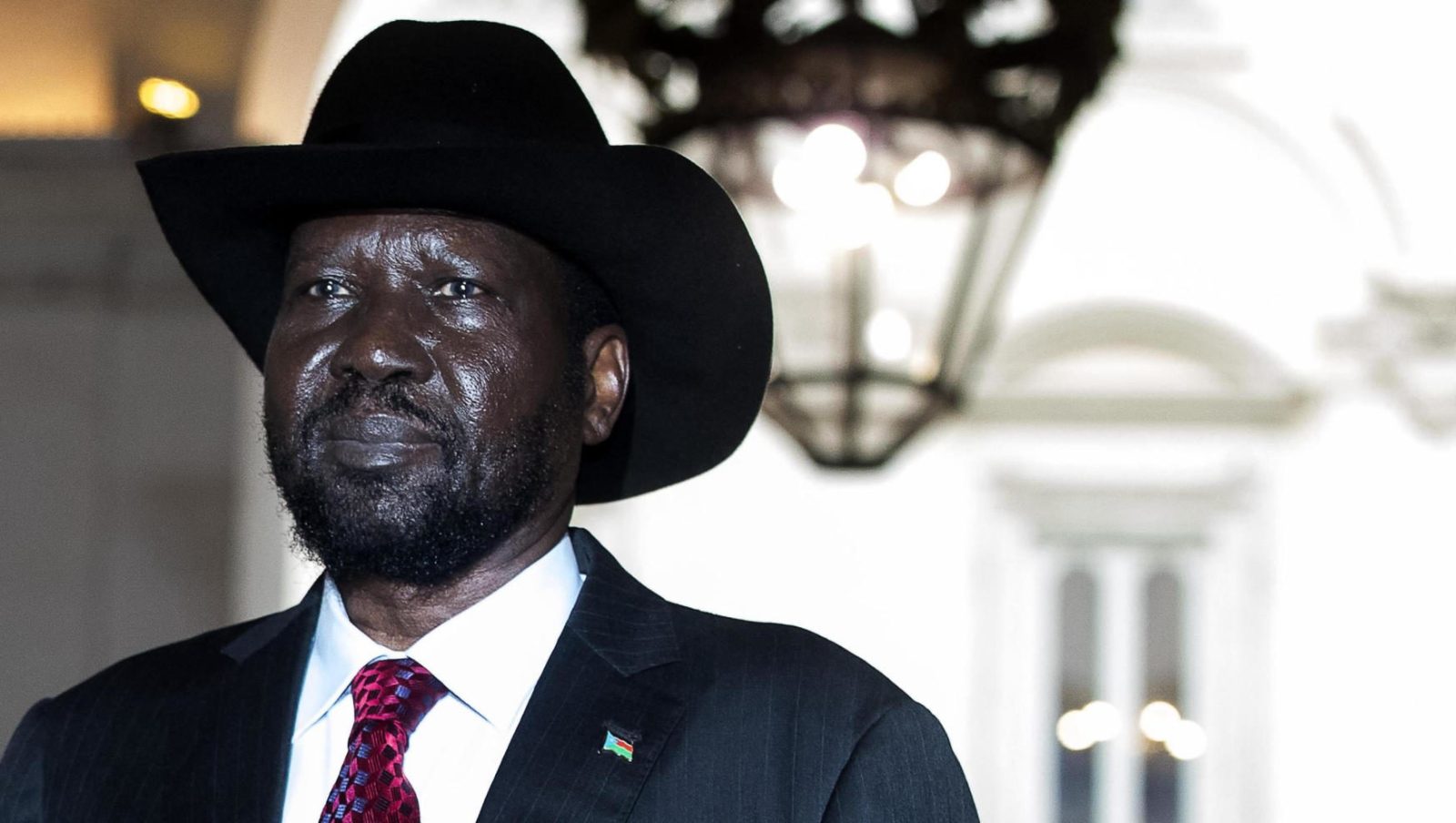 The UN Panel of Experts on South Sudan accuses Salva Kiir’s government of abducting Aggrey Idri Ezbon and Dong Samuel Luak from Kenya and murdering them near Juba on 30 January 2017.

Will Endley, the ex-South African soldier who narrowly escaped execution in South Sudan last year, was a key witness to a UN panel which this week accused President Salva Kiir’s government of abducting two dissidents from Kenya and murdering them in South Sudan in 2017.

Though not named as a witness in the damning UN report, Endley told Daily Maverick that he was one of several anonymous people who the UN panel said had given corroborating evidence about the deaths of the two dissidents.

He testified to the panel that he personally saw Aggrey Idri Ezbon being brought into the detention facility in Juba’s National Security Service headquarters – known as Blue House – on 27 January 2017 and being removed by hooded men the same evening.

At the time Endley himself was incarcerated in Blue House where he spent 18 months, before being transferred to death row in Juba Central Prison for nine months and then finally pardoned by President Kiir and released in November 2018.

He said Idri was held on 27 January in the upper floor of Blue House reserved for political prisoners and he told the UN investigators exactly which cell he was in.

Endley said he did not personally also see Dong Samuel in Blue House that day, but heard from other witnesses that he had been brought in with Aggrey Idri and held in the lower level of the detention facility, usually reserved for ordinary criminals. The witnesses said he had also been removed on the evening of 27 January 2017.

The UN report said the two men were taken to another National Security Service facility in the village of Luri, west of Juba, and executed on January 30.

This was also part of the evidence which Endley said he got from sources in the national security service and passed on to the UN panel.

Endley, a former colonel in the SA National Defence Force, had been acting as a military adviser to SPLM-IO leader and former national Vice President Riek Machar.Kiir and Machar fell out in 2013, precipitating a vicious and bloody civil war in Africa’s newest nation which had only won its independence from Sudan in July 2011.

After a peace agreement negotiated by regional governments, Machar returned to Juba in July 2016 to resume his position as Vice President. But Kiir and Machar’s forces soon clashed violently again in Juba and Machar had to flee the country on foot to save his life, eventually ending up in South Africa.

The Kiir government then arrested Endley, tried him on various charges including treason for having provided military services to Machar, and sentenced him to death. After over two years in prison, he was pardoned and then released along with other political prisoners as part of another regionally-negotiated “revitalised” peace deal in September 2018.

Endley told Daily Maverick that after Machar fled South Sudan in August 2016, Taban Deng Gai had manoeuvered himself into position as head of SPLM-IO and thereby became First Vice President in the national government under the negotiated peace deal.

This caused a split in the SPLM-IO into pro-Machar and pro-Deng Gai factions.

The UN report does not implicate Deng Gai in the murder of Aggrey Idri and Dong Samuel. It fingers Lieutenant General Akol Koor Kuc, Director General of the Internal Security Bureau, which is part of the National Security Service. The UN panel said it had “corroborated evidence strongly suggesting that both Aggrey and Dong were kidnapped in Kenya by the Internal Security Bureau of South Sudan..,” acting on orders from Akol Koor Kuc.

The Internal Security Bureau team transported the two men from Kenya to Juba in a chartered commercial plane on 27 January 2017.After being held briefly in the Blue House, they were moved to another National Security Service detention and training facility in Luri that is part of a sprawling presidential and security service complex about 20km west of Juba.

“The Panel has received and reviewed a number of independent reports from multiple, highly credible and well-placed sources. These accounts corroborate each  other across a number of key details, leading the Panel to conclude that it is highly  probable that Aggrey Idri (Ezbon) and Dong Samuel Luak were executed by Internal Security  Bureau agents at the Luri facility on 30 January 2017, on orders from the commander  of the National Security Service training and detention facilities in Luri, the Commander of the National Security Service Central Division and, ultimately, Lieutenant General Akol Koor Kuc,” the report said.

“Their tragic deaths offer a sobering reflection of the challenges posed to the implementation of the revitalised peace agreement by the violent legacy of South Sudan’s conflicts, while highlighting the increasingly unchecked discretionary power of the National Security Service,” the panel writes.

It concludes that at the heart of the continuing tensions and conflict in South Sudan “is a Government reluctant to share control of key parts of the political, security and economic landscape of South Sudan. This is perhaps most evident in the growing power and influence of the National Security Service, which has emerged as a significant and parallel fighting force able to operate outside the rule of law and the framework for the implementation of the peace agreement.”

Endley does not dispute the UN panel’s account that General Akol Koor Kuc ordered the deaths of the two dissidents, but says he received reliable information from National Security Service officials that the ultimate order to kill the two men came from higher up, namely from Taban Deng Gai, because Aggrey Idri and Dong Samuel were on Riek Machar’s side of the dispute between the SPLM-IO factions.

He says he was also told that there were also plans at the time to poison him and to kill another SPLM-IO official James Gatdet who had been sentenced to death with him in February 2018. But this decision had been overruled. Gatdet was released with him in November last year.

Next month Endley will reveal more of the dark side of South Sudan’s sinister politics in a full account of his time in South Sudan, recounted in a book to be titled “No Justice No Mercy; A South Sudan Story.” DM

For more on this story, read this opinion piece by Jok Madut Jok here