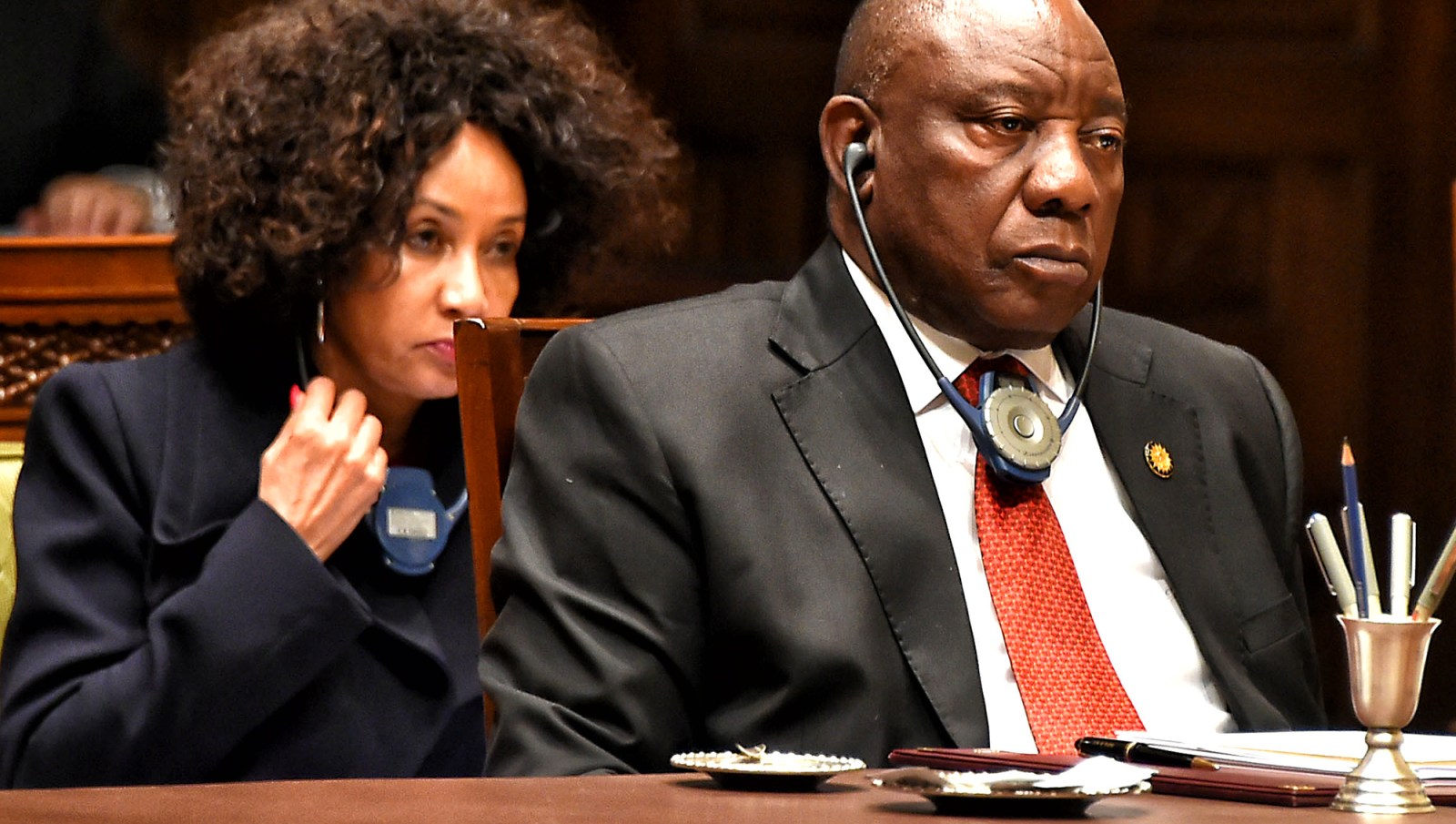 In framing our foreign policy, and the way we vote at the UN, South Africa has to be acutely aware of resolutions on civil and political rights where the intention is to exacerbate global political tensions. One example is when countries with atrocious human rights records engage in pink-washing, the introduction of motions that highlight supposedly progressive LGBTQI policies while the proposers disregard the human rights and dignity of other groups.

Foreign Minister Lindiwe Sisulu has positioned human rights as central to South Africa’s foreign policy. It is important to locate human rights and foreign policy within the context of global politics and the architecture of international human rights law. This should assist in locating the role of South Africa as an African country, a developing country within the global south, but also a country guided by the principle of constitutional supremacy. This discussion must reflect on the history, role and purpose of the United Nations (UN).

The UN was primarily established to regulate conflicts between countries in the wake of the destruction of the two world wars. The key purpose of the UN is therefore to prevent war and especially the unilateral use of force. This regulation of “peace and security” was and is still done through “global” constitutions in the form of treaties, which in essence become laws that nation states are expected to respect and implement.

The architecture of international human rights frameworks has served to bifurcate approaches to human rights within the UN system. Countries and blocs of the West have generally sought to only focus on civil and political rights while eschewing important economic, social and cultural rights. At the same time, Western countries often use transgressions of political and civil rights by formerly colonised countries to implement damaging economic sanctions and even the use of force.

The very nature of the origins of the UN and its subsidiary organisations set in motion some of the difficulties we experience today. While all member states are equal players in the UN General Assembly, the most important organ associated with peace and security is the UN Security Council (UNSC) that is still dominated by the victorious World War 2 Allies.

The centrality of the Security Council in the UN system and the powers of its permanent members undermines democratic practice within the UN system. This democracy deficit was amplified through the subsequent animosity between some of the erstwhile allies. The onset of the Cold War made the Security Council and the UN an arena for political and hegemonic contestation between the big global powers. This contestation served to frame the nature of global politics, law and norms.

Despite the founding of the Non-Aligned Movement in 1955, countries of the global South generally aligned themselves with the Soviet Bloc because of its support for anti-colonial struggles. Aside from the Non-Aligned Movement, a plethora of regional bodies active in the UN were formed based largely on geography. Many of these regional bodies tended to align with particular dominant Cold War power blocs.

The decision-making arena of the UN and other international bodies, therefore, have to contend with a significant number of political and regional groups. Despite some significant political and value differences within these blocs, there is an ever-present expectation that individual countries should not “break” with their respective group positions when engaging in multilateral negotiations.

This often leads to scenarios where governments from contesting regional bodies routinely engage in mutual “status quo maintenance” trade-offs. The end result is that global economic systems that give rise to and sustain injustices between the North and the South, and within countries, remain. Also, the political and value systems that discriminate and oppress people based on race, class, religion, origin, gender, sex and sexual orientation are also left to continue with impunity. People’s rights to dignity are often part of these “status quo maintenance” trade-offs.

This complexity within the institutions of global politics and governance often places South Africa in a very difficult space. Our political history, our national characteristics and Constitution makes these status quo trade-offs difficult to manage.

South Africa has to stay true to our constitutional obligations, but has to do so in a manner that does not isolate us from the broader African and developing country agendas to foster greater equality between countries and the agendas of reforming the global decision-making environments. South Africa has to be acutely aware of some proposed resolutions on civil and political rights that have very little intention of fundamentally changing the lives of exploited and oppressed communities, but where the intent is to exacerbate global political tensions.

An example of this complexity is the tendency by countries with atrocious human rights records, including flagrant disregard for international human rights laws, engaging in what is referred to as pink-washing. Pink-washing in this instance refers to statements or resolutions that seek to highlight supposedly progressive LGBTQI policies for some people while having complete disregard for the human rights and dignity of others.

Guided by our Constitution, South African government officials are bound to support resolutions in the international arena that promote and protect all people from all forms of discrimination. We are also bound to support the fulfilling of socio-economic rights. Section 8 of the Constitution binds us to the Bill of Rights at home and abroad. The constitution also prohibits actions that contravene, without just cause, the Bill of Rights. Actions include voting, abstaining or “agreeing” through statements or with resolutions or formulations on economic rights, or rights that seek the protection of individuals based on any of the grounds listed in the Bill of Rights.

This positive duty in relation to human rights should make our stances on many issues consistent. For South African diplomats, it means that we cannot hide behind often-simplistic definitions of being constructivists, realists or idealists to explain our actions. We do, however, need to look at each resolution on its merits and act based on careful analysis of the intentions of proposed resolutions.

The art and duty of remaining consistent in our foreign policy also mean ensuring that we need to remain true to our anti-colonial values and characteristics and speak out on issues where international law is either abused or ignored by the big powers to maintain their hegemony over countries, people and resources. DM