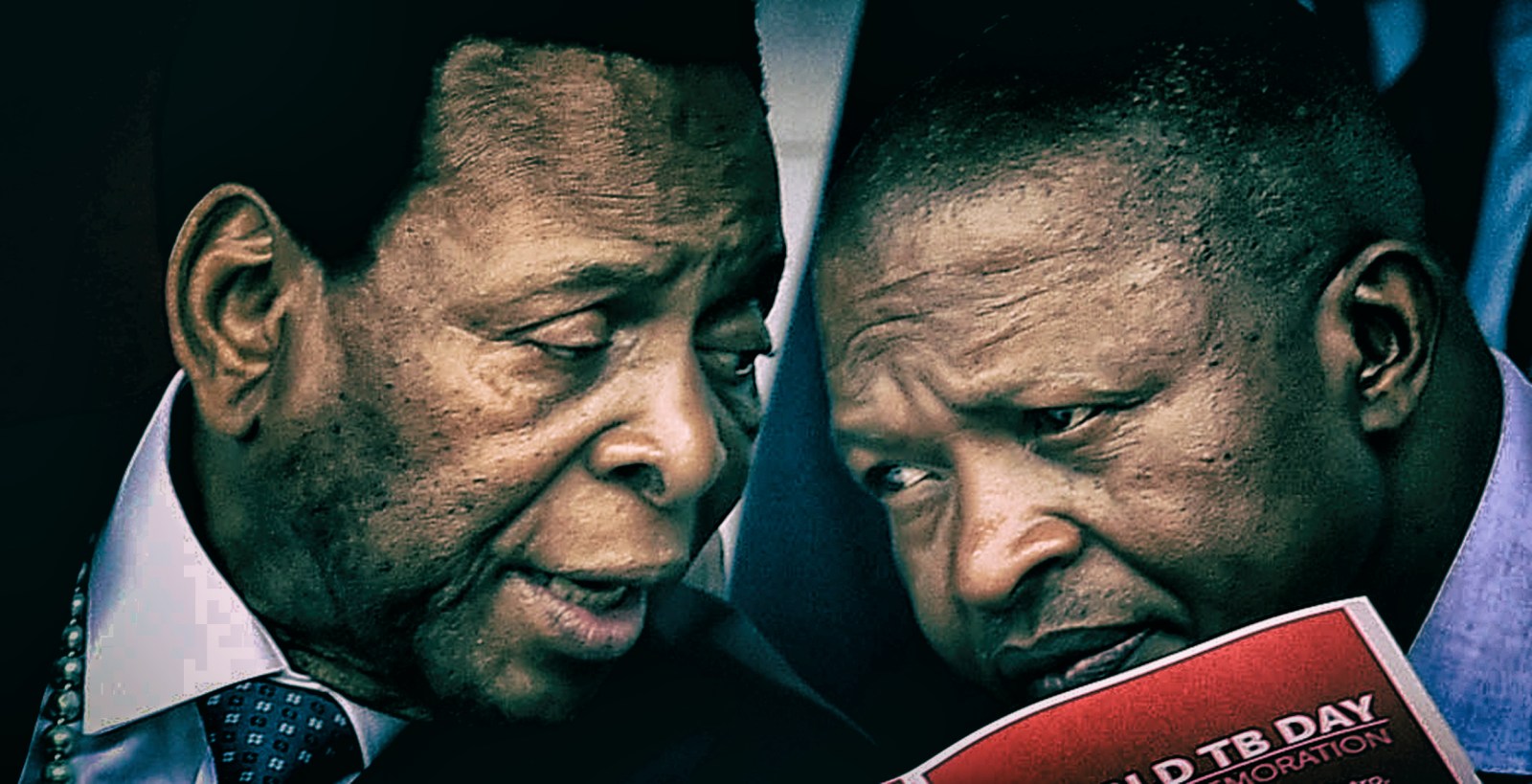 Several bills before Parliament will entrench the colonial and apartheid-era powers given to often-illegitimate traditional leaders to exert absolute sway over their ‘subjects’. This includes control over land distribution and mining rights. It is the mining rights, in particular, that have sparked a new scramble for Africa, a scramble marked by corruption and self-enrichment.

One might imagine that a government deeply discredited by State Capture would wish to prevent any new opportunity for corruption and collusion. Quite the reverse: While lamenting looting in the upper echelons of the state, it is rushing bills through Parliament that will throw the doors wide open to new State Capture.

This time the opportunity will be at a more local level. New legislation will strip millions of rural residents of their land rights, their rights to participation in a full democracy and their rights to access the country’s full judicial system.

The new measures, designed to entrench and extend the power of traditional leaders, have barely surfaced in the pre-election debates between the political parties. But commentators have pointed out that the Traditional Courts Bill traps rural residents in a separate legal order that gives unprecedented power to chiefs. And that the Traditional and Khoisan Leadership Bill allows chiefs to enter into deals with mining companies and other interests without the consent of their subjects.

This is not the new dawn promised by the president. These bills hark back to the darkest days of colonialism and apartheid. They entrench one of their most pernicious legacies — the division between insiders who enjoyed equality before the law and full political and property rights, and outsiders who did not.

Race was once the crucial determinant of your fortunes. Now it is whether or not you are one of about 17 million black South Africans who live under the sway of traditional leaders in the former homelands. The other difference is that the new bills give considerably greater power over land and law than traditional leaders held under apartheid.

A key argument in defence of all this is that recognising traditional leaders is fundamental to respecting, incorporating and sustaining elements of African culture and customary law. This ignores the fact that the position of traditional leaders today was largely shaped by colonial power and co-option.

A pre-colonial ruler’s authority was predicated on an individual’s ability to attract and retain followings. The idea that chiefs were appointed to office primarily through royal lineage flies in the face of the historical evidence. There were pervasive succession disputes where hereditary rank was often outweighed by political skill and popular support.

Some of our most famous leaders — Phalo, Shaka and Sekhukhune — secured power in spite of rank. Succession was also no guarantee of tenure. Chiefs who failed to maintain popular confidence were often removed from office. Others were simply abandoned by their subjects who chose alternative locations and patrons. Competition for power was fundamental to pre-colonial political systems. Leaders who were incompetent, greedy and capricious risked being abandoned or overthrown.

Conquest and colonial control changed this system, profoundly, with chiefs increasingly used as instruments of control. Authority and power were deemed to flow from the Governor General (risibly declared the “Supreme Chief”) who was vested with huge powers, far exceeding those of pre-colonial African rulers. Issues of succession were now resolved by white officials armed with a simplistic understanding of the rules, and influenced by which contender was most likely to do the government’s bidding. Present-day chiefs are, with rare exceptions, the descendants of those who were compliant.

In the first decades of colonial control, no more than a handful of chiefs received official recognition. But the introduction of Bantu Authorities in the 1950s, and the crushing of opposition, saw chiefs become chiefs by virtue of the state. The Bantu Administration Department’s demarcation of new Tribal Authorities would freeze once porous and shifting boundaries; it would reward those who co-operated with the apartheid state and punish those who did not.

The dramatic transition in the years after 1990 was a lost opportunity to fundamentally rethink the nature and role of chieftainship in a constitutional democracy. In the new South Africa, we have clear continuities with the colonial conception of chieftainship as a top-down, hereditary, rule-based, patriarchal and tribal institution. It bears little resemblance to its pre-colonial namesake.

Why is the leadership of the ANC so attached to chiefs? There have been strong ANC voices dismissing chiefs as apartheid collaborators. But this is not a universal view, and the ANC has a long history of connection to traditional leaders. Some, like Nelson Mandela, had ties to royal families and experience of relatively benign forms of chiefly rule.

Leaders in exile also often had less direct experience of the new order created by the rapid implementation of Bantu Authorities. They did, however, have first-hand experience elsewhere in the region, such as in the Mozambique civil war, of how disenchanted chiefs could be mobilised to foment conflict and revolt. The civil war in KwaZulu-Natal and the bellicose pronouncements of the Inkatha leadership also loomed as a threat to a fledgeling democracy in South Africa.

These and other factors explain the initial incorporation of traditional leaders into the new order. But they don’t explain why unelected leaders who were initially envisaged as having a very limited role, without substantive power, are now being granted major powers over land, the courts and economic development by a government claiming to be committed to democracy, equal rights and the interests of the poor.

The myriad failures of the system of local government since 1994 gave traditional leaders room for manoeuvre. As did the tenacious though unfounded belief among the ANC leadership that chiefly support was vital to securing the rural vote — and, particularly, former President Jacob Zuma’s concern to shore up his support base.

But probably the most significant factor has been the ability of traditional leaders to facilitate access to mineral resources. The old homeland areas which were once distant backwaters are now the heartland of a new mining economy based on platinum, palladium, chromium, vanadium and titanium.

The New Order Mining Rights introduced by the Mineral Resources Development Act of 2002 has set in motion a scramble for mineral-rich areas. BEE regulations favour community participation, but as the recent Xolobeni case has shown, communities can be troublesome if a mining operation threatens their land. Traditional leaders who claim overall ownership of the land and who claim to speak for their subjects are much easier partners.

The Ingonyama Trust (in effect the Zulu King) has bypassed the rights of rural residents in dozens of dodgy deals. The Bakgatla Ba Kgafela in the North West have been robbed of millions of rands of mining revenue through secret deals made by Kgosi Nyalala Pilane and his traditional council. And the Mapela chief in Limpopo secretly signed a R175-million settlement with a mining company without consulting the community. The practice is a widespread reality.

The bulk of these revenues flow to traditional leaders and their allies, not their subjects. An extraordinary deal surfaced recently. King Ndamase of Western Pondoland, without consulting his subjects, has signed a contract to lease a pristine stretch of the Wild Coast to a Chinese company, including rights to mine, build a large harbour and golf courses.

Entrenchment of traditional leadership is being done under the cloak of respect for custom. But the system being buttressed relies on apartheid institutions designed to exclude and control black South Africans. The fact that the ANC is persisting with it in the face of myriad protests of rural people (especially women) and repeated representation by grassroots organisations does not suggest that mobilising the rural vote is its primary concern.

It points rather to the reality that at the heart of the movement are embedded interests for whom private accumulation and opening new frontiers for State Capture remain a primary goal. DM

These arguments are more fully developed and supported in the recently published book Traditional Leaders in a Democracy (MISTRA) 2019, edited by M Buthelezi, D Skosana and B Vale. Also see the Custom Contested (LARC, UCT) website for numerous contributions to the debate on this and related issues.

Peter Delius is Professor Emeritus at Wits University. He has written extensively on rural transformation. His most recent book, co-authored with W Beinart and M Hay, is Rights to Land (Jacana, 2017).