How the big SA political players elect their leaders 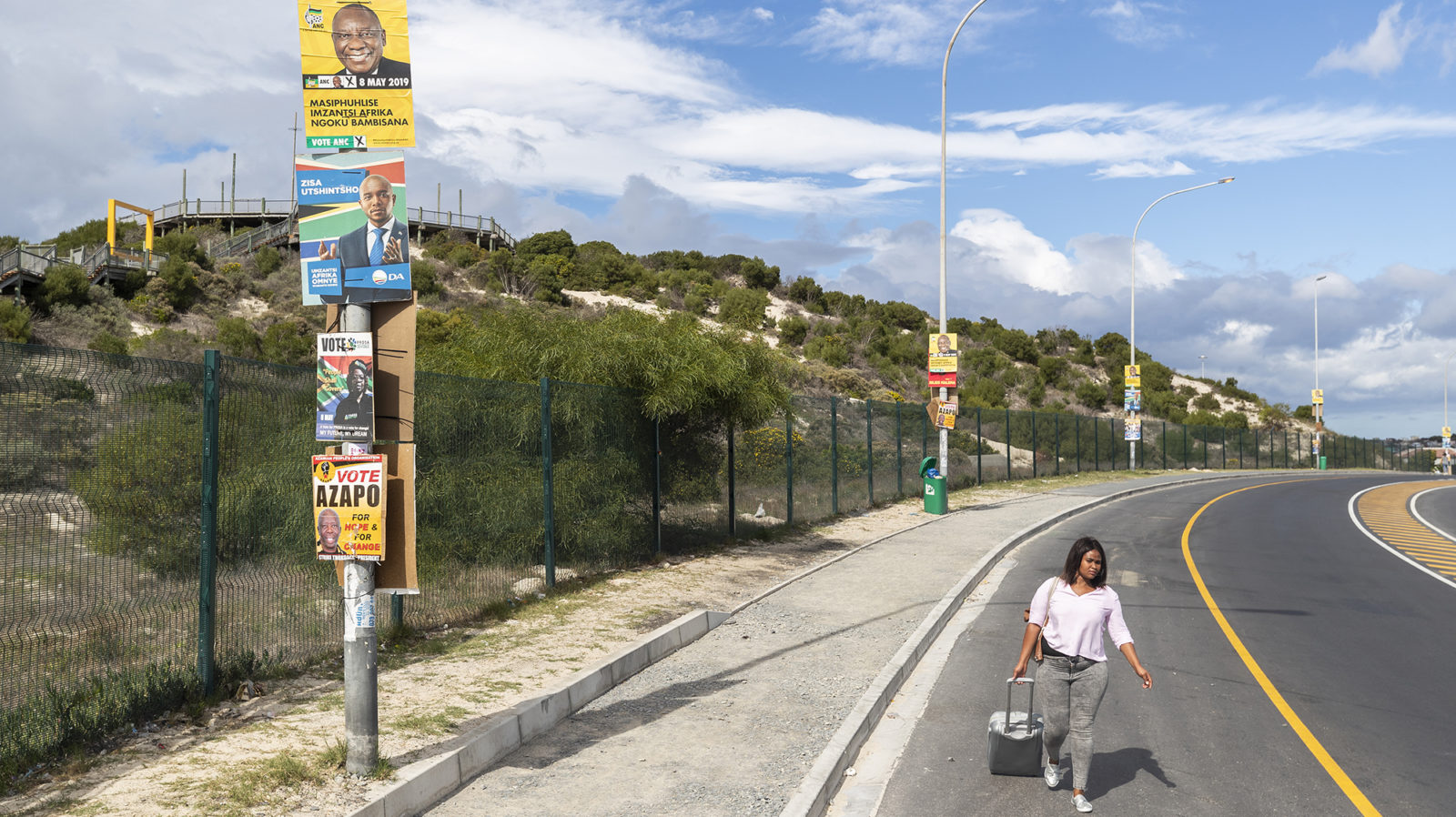 A South African woman pulls her luggage down a street adorned with election campaign posters in Khayelitsha, Cape Town, South Africa, 23 April 2019. South Africa holds its 5th general election since its first democratic election at the end of apartheid, on 08 May 2019. EPA-EFE/NIC BOTHMA

A report was released on Wednesday that provides insight into how the ANC, EFF, IFP and the DA vote for party leaders.

Political parties can claim to be advocates for democracy and fairness, but what is important to look at is how they embody democracy within their internal structures.

“As we head into elections it is imperative that we know about their office-bearers, their policies and have an understanding of how parties operate internally,” said Joel Bregman, director of My Vote Counts.

My Vote Counts sees intra-party democracy as “an important tool to develop a deeper understanding of our political parties,” Bregman said at the launch in Cape Town on Wednesday, April 24.

Zahira Grimwood, political researcher at My Vote Counts, said their research was constrained because political parties didn’t give “meaningful responses”, so they had to rely on political parties’ constitutions.

Each party has different processes for electing new leadership. The nomination of leaders comes from branches and eventually reaches the national elective conference where branch delegates vote for nominees.

By focusing on internal party structures, My Vote Counts wanted to “expand the political work” that they did, said Bregman.

“There is a major empirical gap on intra-party democracy in South Africa,” said Grimwood.

The nominations for the ANC’s National Executive Committee (NEC) begin at the branch level. The ANC’s NEC includes the top six and 80 other members.

During the Branch General Meeting candidates will be nominated for the top six and 20 additional members.

The names on the final nomination list will be of nominees who received 50% +1 of votes via show of hands. If there is more than one person nominated for the same position in the top six, there will be a secret ballot.

Branches need to ensure that their final nomination list has an equal representation of women. If the list has no women, the men with the least number of votes will be removed to meet the gender quota for the nomination list.

Nominated branch delegates make up 90% of the voting delegates at the National Conference. The rest are members of the Women’s League, Veterans’ League, Youth League and the current NEC.

In 2018 there was a High Court case in Mpumalanga over the legitimacy of the branches that elected David Mabuza.

There have been allegations of the creation of bogus branches, which increased the number of delegates sent to Nasrec in 2017. Members of these branches were either deceased or their names were falsified.

The ANC has introduced electronic scanners as a way to prevent branch delegates from registering fake names and branches in order to inflate their branch delegation size.

The federal council gets to decide how many delegates can be present at the federal congress. Some of the voting delegates include all members of Parliament and provincial legislatures, federal chairperson of the DA Youth and federal leader of the DA’s Women’s Alliance.

In 2018 DA Gauteng leader John Moodey criticised the small selection of delegates that get to attend the federal congress. Moodey said that it excluded black people from the townships and that the party needed to change its constitution.

The EFF has a similar process to the ANC’s, where branches need to be in “good standing” in order to put forward a nomination list. Ninety percent of the delegates are from the EFF’s branches.

These delegates meet at the National People’s Assembly which elects The Central Command Team.

If there is more than one person nominated for the same position, a ballot is prepared with the names of the nominees. An individual is successfully nominated if they get 30% of the votes in a regional, provincial or central people’s assembly.

Makhanya argued that the provincial structure needed to be dissolved.

At the time, provincial chairperson Vusi Khoza, dismissed the claims and said that “enemies” wanted to distract them from their election campaign.

Once branches in “good standing” have made their nominations for the IFP’S NEC, the nomination list is forwarded to the Constituency Council which has a “process of voting and elimination”.

Once that has been done the nomination list goes through the district, regional and provincial councils before it reaches the National Council.

The National Council finalises the nomination list and presents it at the Annual General Conference where “duly appointed delegates” vote on a secret ballot.

The IFP’s elective conference was postponed in 2018 and a new date has not been announced.

In the KZN High Court matter between Mcoyi vs IFP, the IFP argued that its constitution does not make intra-party elections mandatory. DM