Frelimo seeks to maintain majority and consolidate power in Mozambique 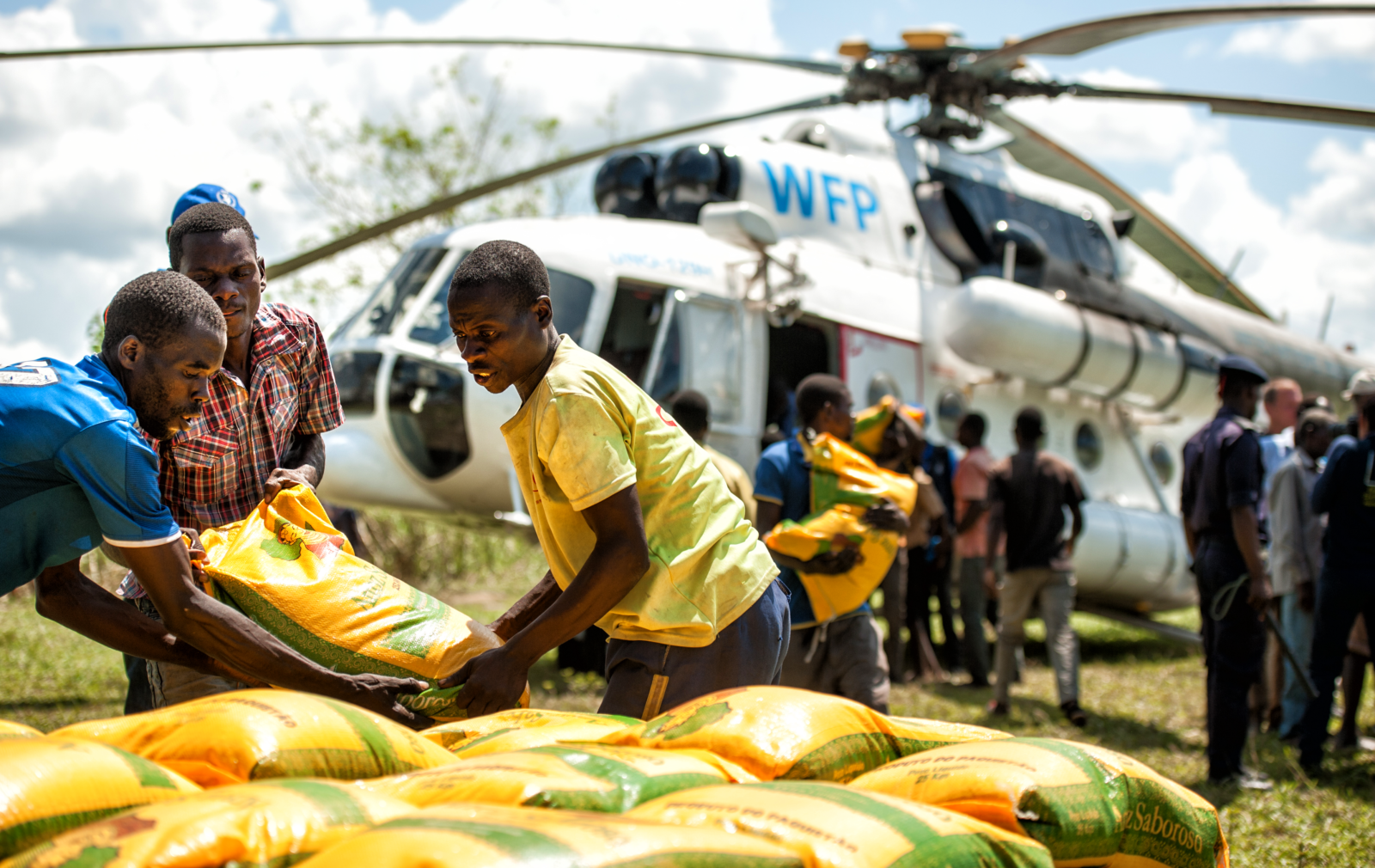 EU response to cyclone Idai in Mozambique Delivery of rice in Nyampoka, a community of 6 villages, where more than 1 650 families live cut off by the floodwaters following cyclone Idai. EU humanitarian aid goes to logistics enabling the World Food Programme to provide aid to such stranded communities. © European Union 2019 (photographer: Christian Jepsen

On 15 October 2019, Mozambique will hold its fifth presidential and parliamentary elections. The contest will mainly be between the ruling Frelimo led by current president, Filipe Nyusi, Renamo as the main opposition party led by recently elected Ossufo Momade and, to a lesser extent, the Mozambique Democratic Movement (MDM) which split from Renamo 10 years ago and has been contesting elections only since 2009, led by Daviz Simango.

Frelimo and Renamo have been engaged in on and off peace talks since the resurgence of violence in Mozambique in 2013 when the latter staged armed attacks against the government in Sofala and Inhambane Provinces, where it enjoys a strong political base. Most recently, both parties have recommenced the disarmament, demobilisation and reintegration of Renamo armed groups into the state in a bid to find lasting peace to ensure stability ahead of and beyond the 2019 election on 15 October.

There is another urgent security threat playing out in the gas-rich Cabo Delgado Province, where a group of so-called Islamist militants have been mounting violent attacks in rural villages and towns, killing an estimated 200 and displacing more than 10,000 people. To date, the government has failed to deal with the attacks and there are fears that the situation may escalate in the lead up to the general election.

Most recently, Mozambique was hit by Cyclone Idai, which struck the coast of Beira City in mid-March, spreading inland into other Mozambican cities and as far as Malawi and Zimbabwe. The cyclone almost completely destroyed Beira, approximately 1,000 people have been killed and tens of thousands displaced without food due to the destruction of crops. There is a real concern that the environment in many of the affected towns may not be conducive to voting if reconstruction is slow and if the humanitarian crisis is not speedily addressed. Unfortunately, it is clear that the government was ill-prepared for this event and may not be in a position to fast-track reconstruction due to institutional weaknesses and a poorly performing economy,

Frelimo is facing some internal problems partly as a result of the corruption scandals, which have shown that the party is centrally involved in corrupt practices using state positions and resources. While ruling party corruption and mismanagement of public funds has been known for years, the recent scandals have brought to the fore how endemic the scourge is in the party. This has resulted in fierce internal contestation.

It appears that the leadership seat could be up for grabs, with Samito Machel (son of Samora Machel) indicating that he might contest the position for party president at the next congress. Former Frelimo and country president, Joaquim Chissano, has also publicly called for a cleansing of the party. These internal dynamics and factionalisation of Frelimo are playing out in the media and could have an impact on Frelimo’s performance in October.

Renamo elected its new president at its congress in January after the 2018 death of Alfonso Dhlakama, who had led the party for over four decades. At different intervals, the party has engaged in attacks against the government due to what it has perceived as being excluded from governance and economic benefit. The MDM remains the smallest of the three major political parties but it is represented in parliament and in local governance structures. Daviz Simango has retained the mayorship of the major city of Beira.

Mozambique’s economy is in a slump compared to previous years and the situation may get worse before the country recovers. Reconstruction in the aftermath of Cyclone Idai will also weigh heavily on the budget over the medium term. Due to its reliance on the extractive sector, Mozambique is overly exposed to the vagaries of commodity prices. At the same time, the government has not optimised revenue collection from the extractive industry, electing instead to sign contracts with companies that permit large rebates and special tax dispensations ostensibly to boost the economy. Whereas the government and citizens regard the gas discoveries as a boon for the economy, it is doubtful whether this industry will fundamentally change much in the medium term. Production will only commence around 2022 and any significant revenue will only be seen years later.

Another real risk is election-related violence. Previously, the country has seen violence, especially between Frelimo and Renamo as leading contenders, though MDM has also attacked Frelimo supporters in the past. In the last local government election, a large number of Mozambicans were forced to leave their homes in Tete Province and seek asylum in neighbouring Malawi due to violent clashes between the two parties and a raid of Renamo headquarters by the police. Additional threats to stability and peace have been witnessed in the Cabo Delgado Province.

Mozambique has also been the site of disturbing harassment and violence on journalists. In March 2018, Ericino de Salema, a journalist, human rights activist and political analyst, was kidnapped and severely beaten. On 5 January 2019, security forces kidnapped journalist Amade Abubacar while he was reporting on the insurgency in Cabo Delgado. He was transferred to police custody supposedly to await trial and remains there to date. To further restrict freedom of the media, the government introduced Decree 40/2018, which would have imposed a fee of $2,500 per trip for foreign media accreditation; and freelancers and foreign correspondents operating in the country would be charged $500 and $8,300 per year respectively. The government caved in to local and international pressure and placed the decree on hold. The decree continues to hang over the heads of journalists like the sword of Damocles.

Mozambique has seen fluctuating participation in past general elections – with the lowest participation numbers recorded in the 2004 election where only 36% of eligible voters turned out. This improved to 50% in 2009 and declined to just under 50% in 2014. In general, abstention can be viewed as resulting from citizens disillusioned with political processes and feeling like their vote does not make a difference. Other reasons are lack of understanding of the meaning of political participation or administrative issues such as polling stations being located very far from people’s homes.

Nyusi will take it

Frelimo, as the incumbent political party, is likely to achieve a result higher than 50% in October. Despite some internal disquiet within the party, President Nyusi will likely be confirmed as the country’s president. The introduction of the election of provincial governors by ballot in the election might produce some interesting results given that Renamo remains strong in the central and northern provinces as well as considering the following that MDM enjoys from youth. The disarmament and reintegration of Renamo will have to be watched closely, given that in late 2018 the party announced a cessation of its participation due to its belief that Frelimo had rigged the recent local government elections. Another issue to be monitored closely is the violence being visited on citizens in Cabo Delgado, and the inclusion of people affected by Cyclone Idai in political processes. DM

Gqada is a Programme Manager for Inclusive Participation at the Open Society Initiative for Southern Africa.