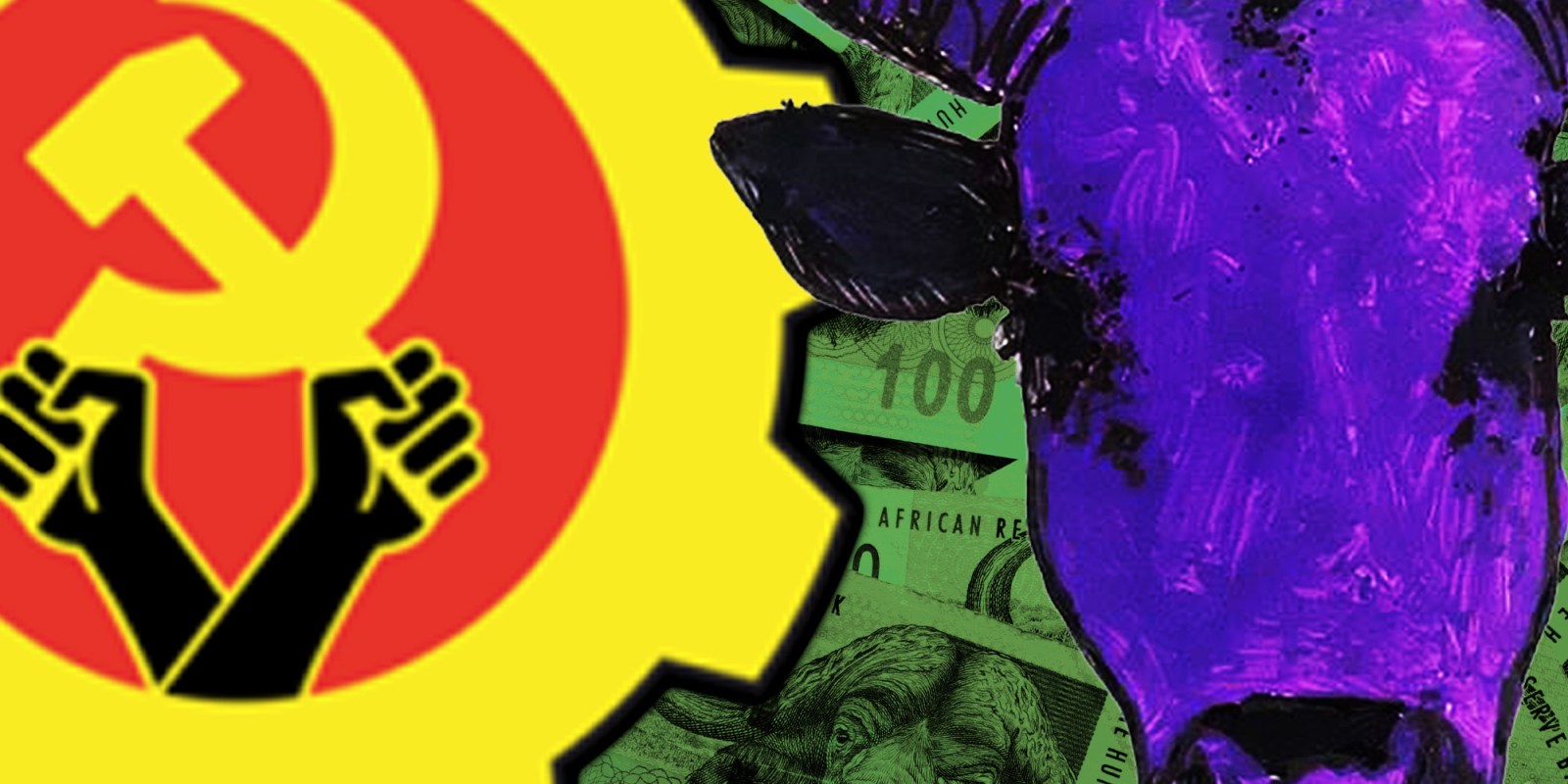 The Capitalist Party wants to establish a conservative and distinctly illiberal society. The Socialist Revolutionary Workers Party is opposed to capitalism, and will fight for a distinctly illiberal South Africa. They form the book-ends of the political spectrum that place capitalism at the centre of everything they do. In the meantime, everyone else seems to be whirling devilishly to recitations and incantations of race, identity, ethnicity and other imaginaries.

For the best part of the past 25 years, South African politics, at least as framed by electoral politicking, has been about addressing the legacies of apartheid, with rewarding the legatees of that iniquitous system with a better material life, and restoring their dignity. These processes have, for the most part, been successful, though they remain by no means complete.

Stark inequalities remain, and very many of them are consistent with the racial divide of past politics. But there’s a new game in town. It goes something like this: apartheid is dead, and depending on where you sit or stand, capitalism is either the solution to all the country’s woes, or the problem. This seems like a veritable attempt at recovering ideological traditions lost in the carnage of 20th century ideological conflicts. It is, also, a type of nostalgia for the “normality” of the 20th century’s binaries and predictabilities. Bear with me, dear reader.

The South African Capitalist Party (ZACP), sat on the far right of a simple political spectrum, has introduced a distinctly ultra-conservative capitalism into South African politics. According to the ZACP, increased vertical and horizontal expansion of capitalism – more capitalism in more places – would solve all the country’s problems. Way across, on the left, there is the Socialist Revolutionary Workers’ Party (SRWP), and they, too, have invoked the spectre of capitalism. Except the revolutionaries believe capitalism is the problem. In fairness, they share this opposition to capitalism with several leftists or ersatz leftist parties.

The ZACP wants to establish a conservative capitalist and distinctly illiberal society. The SRWP is opposed to capitalism, and will fight for a (distinctly illiberal) socialist South Africa. The ZACP and the SRWP form the book-ends of the political spectrum. Everyone else seems to be whirling devilishly to recitations and incantations of race, identity, ethnicity and other imaginaries.

Battle Over Capitalism as Normal

It is fair to say that neither of the ZACP or the SRWP will receive more than 10% of the vote on 8 May. Unless, of course, the ZACP entered into a bargain with the Democratic Alliance (DA), or any of the smaller parties to the right of centre. The same would apply to the SRWP, who may (yet) enter into an electoral coalition with any of the parties to the left of the ANC, as previously discussed in this space. We shall have to wait and see. For the ZACP and SRWP, it’s back to normal – and never mind that great abnormality that was apartheid.

The capitalists and the communists want the country to make a decision on 8 May based on the 20th century’s normality where both claim to have the answer to all society’s problems, never mind the specificities of apartheid’s iniquities. While the SRWP is fairly predictable – nationalise everything, overthrow capitalism, establish a dictatorship of the proletariat – one may be forgiven for thinking that the ZACP has somehow shaken off the cruel hangover of a Reaganite bacchanalia. They want to believe that the world has not changed since they passed out from the greed and gluttony-induced coma of 1980s capitalism, and that normal business can be resumed. At the apogee of capitalism, in the 1980s, money-making was “the normal function of homo economicus once in office” one of the world’s pre-eminent economists, Branko Milanovic, explained.

The ZACP has been unabashed about its place on the right, and has accepted this normal function. Inequality, especially that inherited from apartheid, they believe, is not the problem. The problem is poverty and, the ZACP would have everyone believe, “the market” would change all that and presumably bring society to some kind of natural equilibrium.

During the hustings, politicians would sup with the devil to gain votes. By accident or design, the ZACP is attracting the more odious types on the political spectrum, as well as otherwise decent folk (people who love pets), but share unshakable beliefs in free markets, atomist liberty and, not to be left behind, climate change deniers.

In an Easter weekend tweet, Unathi Kwaza, one of the founders of the Capitalist Party, dragged them towards the ugliness of Steve Hofmeyr – who has claimed that black people were the architects of apartheid. Kwaza would insist that white and black people suffered equally under apartheid. She tweeted: “Whites couldn’t be privileged by a system that imposed absurd regulations on economic behaviour & infringed on basic property rights. Apartheid rigged the system in a way that prevented the majority of Sans, both white & black from benefiting from a free economy.” Unathi Kwaza #ZACP @Unathi_Kwaza

This is a clumsy remake of Donald Trump’s defence of white nationalists who marched on the city of Charlottesville in August 2018, and clashed with anti-racist protesters. In his initial response from a prepared text, Trump established some moral equivalence between white nationalism and anti-racism in the United States. Support for the ZACP includes hard-right or “alt-right” folk who proudly display their loyalties to Trump’s “make American great again” mantra, and present themselves as anti-government and anti-taxation.

How do you solve the problem of capitalism?

Like the Capitalist Party, the SRWP is proud of its political ideologies. While capitalism has been around since at least the 16th century (the ZACP has some pedigree); the best example of a communist society emerged in Russia almost 102 years ago. Since then, the communists have battled the capitalists, and this was kind of “normal”. The United States, as the ostensible representative of capitalism, strove for normality after the end of the Second World War. This normality was evident, as a homogenising category, in the arts and culture and across the media. It was, arguably, this pursuit of “normality” that reached its apogee in the 1980s – from which the ZACP takes its cue, and which caused a thick red mist to descend over the communists.

For reasons that are best explained by bias or expediency, both these parties ignore the diabolical failures of their own ideological beliefs. The difference, of course, is that they believe that they can get it right. Both parties seem to ignore any new ideas that may emerge have after the collapse of Soviet Communism; the disintegration of the old East Bloc; Cuba’s drift from utopia; fractures in the architecture of global capitalism in the 1990s; the collapse that followed 2007; the rapid spread of inequality and deterioration of democracy in the West, and the increased panic, among the loudest voices, about the death of capitalism.

The best thing that can be said about the ZACP and the SRWP is that they are honest. There’s no messing around with concepts such as “democracy”. The one loves capitalism and says it with great pride. The other hates capitalism and says it up front. And so, somewhere in the mix, they represent a politics that may be shifting away from direct intervention to specifically address apartheid’s legacies, with an attendant assumption that South Africa, in 2019, is just another average and politically normal country. Normal as in the average, predictable normality that prevailed in the post-war period. If capitalism reached its apogee in the 1980s, it began with the pursuit of normality, what Anna Creadick explained as “a quality to be actively pursued – a standard at once highly seductive and impossible to achieve because it required becoming perfectly average”.

If there is anything that sums up the selective blindness of the ZACP it would have to be the reference that in South Africa today the unemployment rate under the ANC is worse than in the USA at the height of the Great Depression. The leader or the ZACP tweeted this:

“Our unemployment rates under @MYANC are worse than USA at the height of the Great Depression, says @RomanCabanac #ZACP”.

Neatly left out is the fact that in both cases capitalism was the prevailing order. More so, that it was a clash of ideologies that would contribute to the making of the Second World War – and the estimated 10 million deaths. We have yet to add the killings of Mao, Stalin and Pol Pot. DM