Pahad panel: Missteps noted, but no overhaul of SA foreign policy on the cards 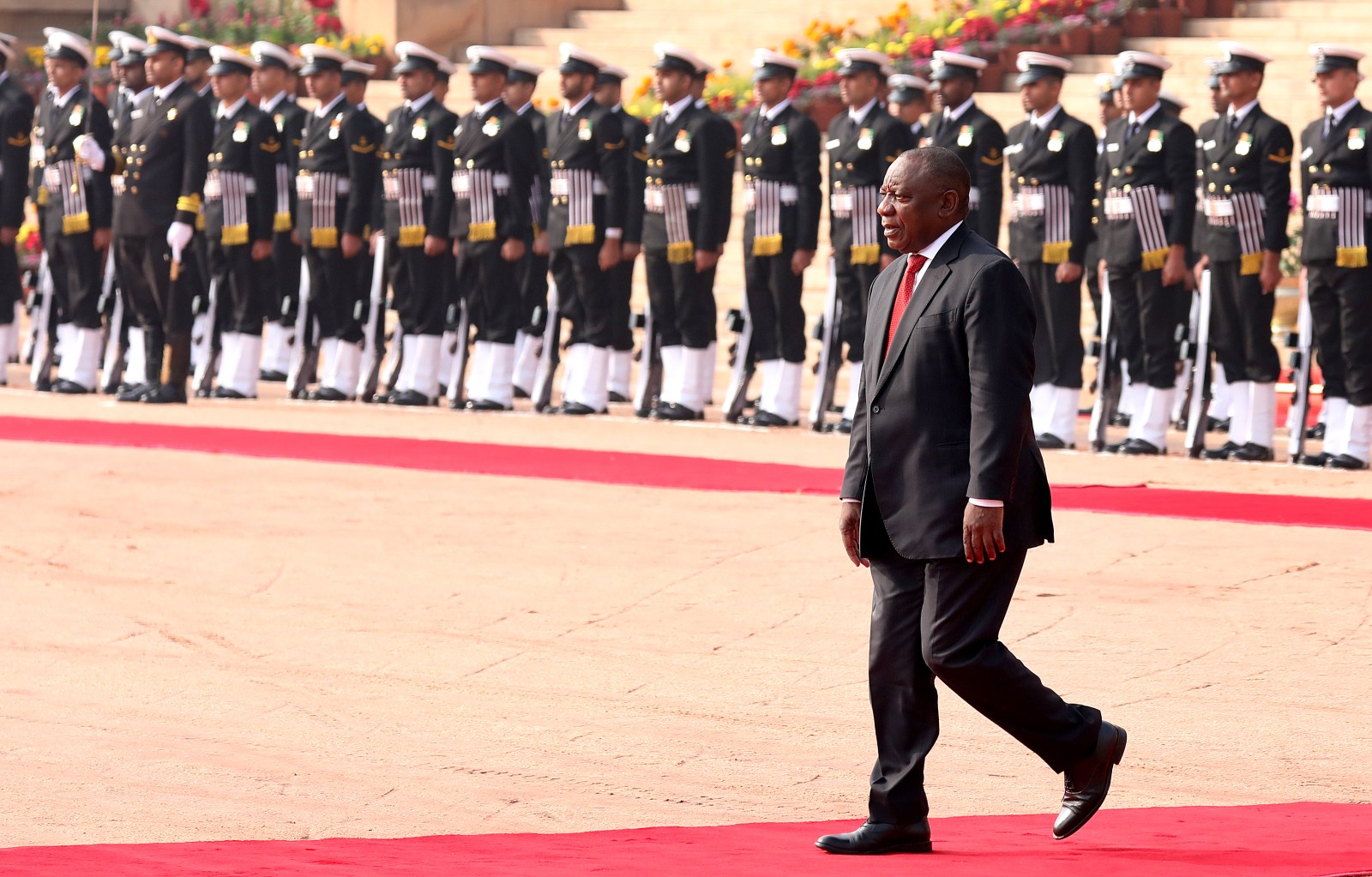 South African President Cyril Ramaphosa inspects the guard of honour during a ceremonial reception at the president's house in New Delhi, India, during a state visit to the country in January 2019. (PHOTO: EPA-EFE/HARISH TYAGI)

After a year-long review, Aziz Pahad and his panel insist foreign policy is basically sound, but needs better implementation.

South Africa needs to strengthen its relations with countries of the North — particularly the European Union and the US — according to a panel appointed by International Relations and Co-operation Minister Lindiwe Sisulu to review the country’s foreign policy.

The report contains detailed recommendations on how to do this, the chairperson of the review panel, former deputy foreign affairs minister Aziz Pahad said on Tuesday.

He was speaking at a press conference after formally handing over the panel’s report to Sisulu in Pretoria.

She appointed the panel in May 2018 to review foreign policy in the light of Cyril Ramaphosa becoming president and also large changes in the global environment.

However, Pahad stressed that only a summary of the report was being published now. This would exclude the panel’s recommendations, which would only be publicly released after they had been discussed with other departments involved in foreign policy.

Pahad also stressed that the panel’s goal was not “a complete overhaul of our foreign policy with a view to replacing it with something new. But rather to reflect and assess its strengths and weaknesses, particularly in execution, as well as identifying gaps in the context of regional, continental and global trends”.

Other panel members said South Africa’s foreign policy since 1994 had been fundamentally sound — and so the panel had focused mainly on how to improve implementation of that policy and adjust it to global changes.

Pahad said the panel acknowledged the broad view that “in the recent past” — clearly a reference to the Zuma era — “South Africa has not lived up to its earlier promise. That the country has not sufficiently played the role it was expected to play or should have played in engaging a number of international issues”.

“There is a general observation that there have been missteps which have reversed earlier gains that the country registered. As a result strategic opportunities were missed, resulting in a decline of South Africa’s influence regionally, continentally and globally.”

The summary does not specify these missteps.

The report summary quotes Sisulu from her budget speech of 15 May 2018 saying that “we were once a giant in the world and our reputation was well known… In Mandela’s memory, in his honour, we have a responsibility to regain that stature that he left us”.

The panel summary then notes that “there is a connection between the decline of South Africa’s external influence and the negative tendencies that have bedevilled our national politics”.

It says SA’s external fortunes depend on national renewal.

But it adds that foreign policy has to be reviewed in the light of growing nationalist and isolationist tendencies in the West especially. Interestingly it views the tensions that have emerged in the traditional Western Alliance (by implication, since US President Donald Trump took office in 2017) not only presenting threats, but also offering strategic opportunities to South Africa and developing countries. It does not spell out what either of those is.

But it suggests that “South Africa must reposition itself as a consistent moral compass and a principled voice of reason in a changing world that is increasingly characterised by selfish and narrow interests”.

For the most part, both Pahad and his panel and Sisulu stressed the need to return to the pre-Zuma foreign policy of then-president Thabo Mbeki, including a revival of the African Renaissance policy which he championed.

Ayanda Ntsaluba, who was director-general of foreign affairs during the Mbeki era and in the early years of the Zuma administration, also proposed that the idea which prevailed then, of South Africa as a bridge builder (between the global North and South among others), should be revived.

He said there were significant countries which had supported the liberation struggle which South Africa remained close to and it was also “unapologetically a country of the South”.

It had also deliberately diversified its trading relations, by including major countries of the South, such as China and India.